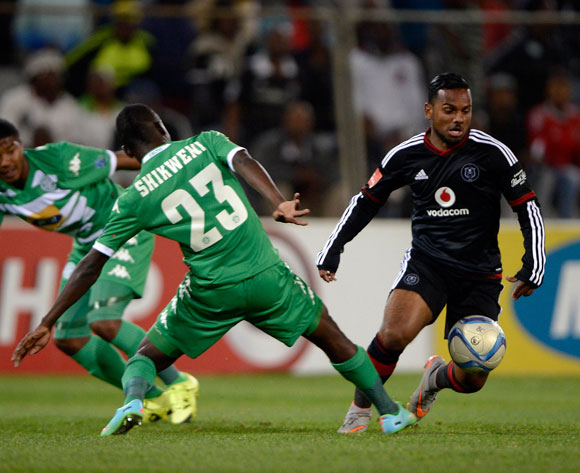 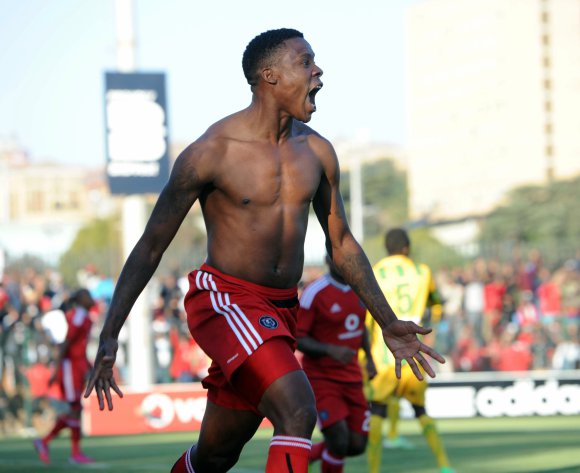 Welcome to the live play-by-play for the ABSA Premiership 2015/16 match between Bloemfontein Celtic and Orlando Pirates at Free State Stadium.

46' The second half is underway
50' Lantshene Phalane (Bloemfontein Celtic) is cautioned.

Welcome to the live play-by-play for the ABSA Premiership 2015/16 match between Bloemfontein Celtic and Orlando Pirates at Free State Stadium.

A late goal from Vuyani Ntanga was enough to ensure that Bloemfontein Celtic claimed their first three points of the Absa Premiership this season as they beat Orlando Pirates 1-0 on Wednesday night at the Free State Stadium.

Hoping to get their first victory, Clinton Larsen’s charges were on fire from the word go in this match.

It was Bloemfontein Celtic that started the match with high intensity as Lyle Lakay and Dumisani Zuma showed some sense of urgency towards the goalpost.

Geoffrey Massa delivered a beautiful strike but Siyabonga Mpontshane made a good save, denying Celtic a lead in the 29th minute.

Bongani Mpandle also made a good save in denying Oupa Manyisa a goal which could have given Pirates the lead before going to half time.

In the last two minutes towards the end of the first half, Lantshene pulled a header but it missed the target.

In the second half both teams tried to search for a breakthrough, but this caused some tension which saw some free kicks taking place. But neither of the teams made good use of them.

Eric Tinkler was the first to make a change as he brought in Sifiso Myeni in place of Mpho Makola.

Just when Pirates thought they were finding their momentum, Vuyani Ntanga gave Celtic the lead with a right footed shot in the 74th minute.

In the dying minutes of the match Pirates received a corner kick but nothing progressive was done with it as Mpandle cleared it with a punch after Myeni had taken it.

Although Pirates tried to come back, Celtic’s defence was solid and this resulted in them clinching their first victory of the season.

Bloemfontein Celtic will look to claim their first Absa Premiership win of the season when they host Orlando Pirates at Free State Stadium on 26 August 2015, kick-off at 19h30.

Celtic picked up their first point of the season when they were held to a 1-1 draw by Platinum Stars on August 23.

The Bloemfontein side opened their campaign with a 3-2 loss away to Polokwane City.

Phunya Sele Sele are placed 13th on the Absa Premiership log with one point from two matches.

Pirates claimed their first domestic win of the new season when they beat Chippa United 4-1 at home on August 18.

The Soweto giants’ previous away match was a 1-0 loss at SuperSport United.

The Buccaneers are placed sixth on the Absa Premiership log with three points from two matches.

In head-to-head stats, Celtic and Pirates have met in 54 league matches since 1985.

The Buccaneers have 28 wins compared to 12 for Phunya Sele Sele, while 14 matches have been drawn.

Celtic have won nine of their 27 home matches against Pirates, suffering 10 defeats in the process.

Celtic have not lost a home league match to Pirates since the 2007/08 season.