Robert Ngambi of Platinum Stars celebrates his goal with his teammates during the Absa Premiership match between Jomo Cosmos and Platinum Stars at Olen Park in Potchefstroom, South Africa on September 13, 2015 ©Samuel Shivambu/BackpagePix 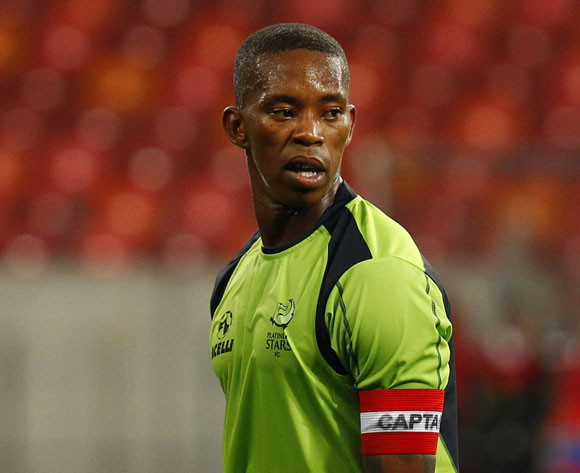 Welcome to the live play-by-play for the ABSA Premiership 2015/16 match between Jomo Cosmos and Platinum Stars at Olen Park.

Welcome to the live play-by-play for the ABSA Premiership 2015/16 match between Jomo Cosmos and Platinum Stars at Olen Park.

A ten-man Platinum Stars registered their second Absa Premiership win of the season after beating Jomo Cosmos 2-1 at Olen Park on Sunday.

Dikwena had to play over 50 minutes with ten men after Ndumiso Mabena received a straight red card in the first half.

Fortunately, though, for the visitors they had already found the back of the net twice prior to the sending off thanks to goals from Robert Ng’ambi and Eleazar Rodgers.

The loss for Cosmos is their first of the league season, and also saw them concede and score their first goals of the campaign after drawing their first three matches 0-0.

Dikwena got off to a flying start and opened the scoring in the 12th minute when a quick free-kick saw Robert Ng’ambi through on goal and calmly placed the ball over the onrushing Cosmos keeper, 1-0.

Stars continued to press forward and managed to double their lead on the half hour thanks to a 12-yard header from Eleazar Rodgers after getting onto the end of a corner-kick, 2-0.

In the 40th minute Dikwena were reduced to ten men when Ndumiso Mabena harshly received a straight red card for a foul on Thabang Monare.

The second half saw Cosmos pushing forward, but their finishing in front of goal was not at its best.

In the 74th minute, however, the home side managed to pull a goal back after a low 24-yard shot from Cheslyn Jampies found the back of the net, 2-1.

Cosmos continued to apply pressure on the Dikwena goal thereafter, but could not find the equaliser.

Jomo Cosmos and Platinum Stars will put their unbeaten streaks in the Absa Premiership on the line when they meet at Olen Park on 13 September 2015, kick-off at 15h00.

Cosmos recorded a third successive goalless draw when they held SuperSport United away on August 26.

The Vaal-based side’s previous home game was a 0-0 draw against Golden Arrows.

Ezenkosi are placed 13th on the Absa Premiership log with three points from as many matches.

Stars claimed their first win of the season when they defeated Golden Arrows 2-0 at home on August 26.

The Rustenburg side’s previous away game was a 1-1 draw against Bloemfontein Celtic.

Dikwena are placed fifth on the Absa Premiership log with five points from three matches.

Dikwena have won six matches compared to two for Ezenkosi, while six matches have been drawn.

Cosmos have won two of their seven home matches against Stars, suffering two defeats in the process.

When the teams last met in the league in the 2011/12 season, Ezenkosi won 2-1 at home in the first half of the campaign, but the return game saw Dikwena claim an emphatic 4-1 victory.

The teams’ last three league matches have produced 10 goals; the two prior to that were both goalless draws.