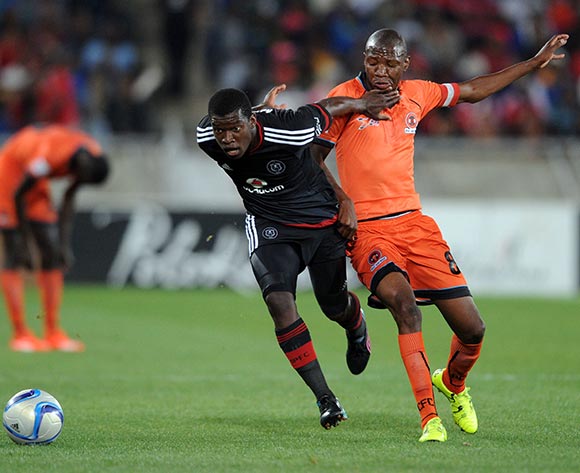 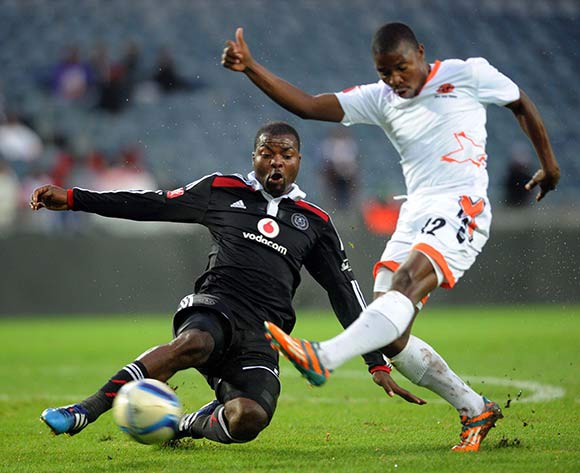 Welcome to the live play-by-play for the ABSA Premiership 2015/16 match between Polokwane City and Orlando Pirates at Peter Mokaba Stadium.

1' The match is underway!
21' Nazier Jacobs (Polokwane City) is cautioned.

46' The second half is underway
48' Lehlogonolo Maselesa (Orlando Pirates) is cautioned.

Welcome to the live play-by-play for the ABSA Premiership 2015/16 match between Polokwane City and Orlando Pirates at Peter Mokaba Stadium.

Orlando Pirates’ slow start to the 2015/16 Absa Premiership season continued on Tuesday night as they were held to a goalless draw by Polokwane City at Peter Mokaba Stadium.

Ahead of the first leg of their CAF Confederation Cup semifinal against Al Ahly on Saturday evening, this was not the result Eric Tinkler would have been hoping for.

The Buccaneers found it difficult to break down Rise and Shine's solid defence most of the time, and they resorted to long range efforts from which were easily dealt with by the goalkeeper.

Rise and Shine attacked Buccaneers from the start, and just five minutes into the game their captain Jabulani Maluleke forced goalkeeper Felipe Ovono into a decent save.

In the 14th minute, Pirates nearly broke the deadlock after Kermit Erasmus burst into the Polokwane box from the left, and dribbled past keeper George Chigova.

However, former SuperSport United forward's low cut-back cross went across the Polokwane goal mouth with no Pirates player in the box ready to pounce on the ball.

City midfielder Maluleke unleashed a good shot from the edge of the Pirates box in the 25th minute, but Equatorial Guinea keeper Ovono was well positioned to make a decent save.

At the other end, Eric Tinkler's side were struggling to maintain possession in the final third, and they could not create goal scoring opportunities.

It was 0-0 during the half-time break, with Pirates having failed make a single shot on target.

The Buccaneers were dealt a major blow 15 minutes into the second-half when their captain Oupa Manyisa was substituted after twisting his ankle, and he was replaced by Menzi Masuku.

Nevertheless, Bucs upped their tempo, and in the 69th minute Sifiso Myeni combined brilliantly with Erasmus outside the box, and the latter forced Polokwane keeper George Chigova into a fine low save.

In the 74th minute, Pirates' long range specialist Mpho Makola cut inside from the left and forced Chigova into a great save after receiving a good pass from Thabo Matlaba.

Polokwane substitute Puleng Tlolane nearly grabbed a late goal in the 85th minute, but his shot from the edge of the box was easily saved by Ovono.

Both teams launched late attacks in search of the winning goal. However, it never came, and the league encounter ended goalless on the night.

City, Bucs both look for return to winning form

Polokwane City and Orlando Pirates will both look to return to winning form in the Absa Premiership when they meet at Peter Mokaba Stadium on 22 September 2015, kick-off at 19h30.

Polokwane suffered their second league defeat of the season when they went down 2-1 away to Ajax Cape Town on September 12.

The Limpopo side has claimed four points from their two home matches so far this season.

Rise and Shine are placed 12th on the Absa Premiership log with four points from as many matches.

Pirates were held to a 1-1 draw by Black Aces on September 18 in their most recent outing.

The Soweto side has lost both of their two away matches so far this season.

The Buccaneers are placed ninth on the Absa Premiership log with four points from as many matches.

In head-to-head stats, Polokwane and Pirates have met in four league matches since 2013/14.

The Buccaneers have three wins compared to one for Rise and Shine, while zero matches have been drawn.

Polokwane’s two home matches against Pirates have produced a 1-0 win and a 3-0 loss for them.

Last season Bucs did a league ‘double’ over Rise and Shine, winning 3-0 both in Limpopo and the return game in Soweto.