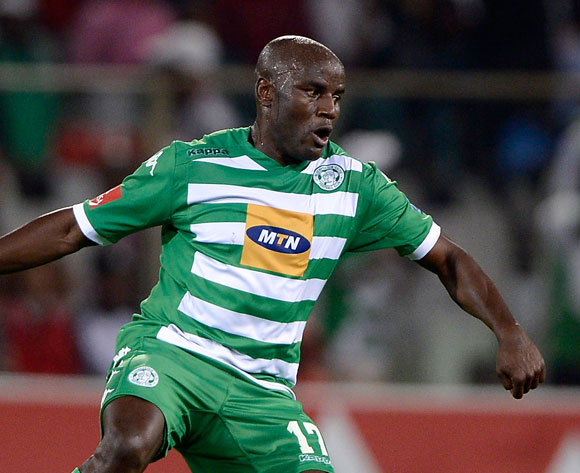 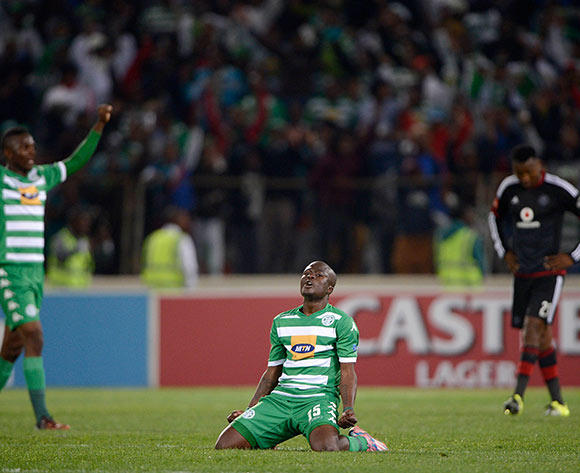 Welcome to the live play-by-play for the ABSA Premiership 2015/16 match between Bloemfontein Celtic and Jomo Cosmos at Free State Stadium.

1' The match is underway!
22' Thato Lingwati (Jomo Cosmos) is cautioned.

46' The second half is underway
51' Denver Mukamba (Jomo Cosmos) is cautioned.

Welcome to the live play-by-play for the ABSA Premiership 2015/16 match between Bloemfontein Celtic and Jomo Cosmos at Free State Stadium.

A first half rocket by Geoffrey Massa was enough to give Bloemfontein Celtic the three points when they beat Jomo Cosmos 1-0 at the Free State stadium on Thursday.

Both sides started the game on a low note with good passes exchanged in the middle of the park, however, Wandisile Letlabika’s cross was too strong in search of Lerato Lamola in the 13thminute.

Six minutes later, Thabang Monare's long range effort could not hit the target or give goalkeeper Patrick Tignymeb something to work on as the visitors started settling in the game.

With the game not really producing clear cut chances and lacking creativity in the middle of the park, Musa Nyatama took a shot but it lacked precision as it went wide off the left of the post.

Jomo Sono’s men tried to get in the game and forced Celtic to defend too deep when Tebogo Makobela delivered a great cross, but Tignyemb picked up the ball with ease.

On the half-hour mark Geoffrey Massa netted the opener for Clinton Larsen’s men, grabbing his first goal in Phunya Sele Sele colours since joining from University of Pretoria, following a long clearance by the Cameroonian keeper Tignyemb.

Ezenkosi had a chance to level matters before the interval when Letlabika handled the ball in the box and the referee pointed to the spot, but Denver Mukamba saw his penalty save as Tignyemb guessed the right direction.

Siwelele went into the tunnel at half time leading 1-0.

The second stanza also started on a low note, but it was the visitors who threatened first when Wiseman Maluleke unleashed a powerful shot from the edge of the, box but Tignyemb tipped it over the bar.

In the 53rd minute, Lamola had a wonderful opportunity to make it two for the hosts, but he was denied by the upright with Sherywn Naicker beaten.

In search of their second goal, Siwelele were spurred on by the crowds and a great interchange of passes towards the box saw Lamola failing to finish the move as he fell in the box and was booked for simulation.

In the dying minutes, the visitors continued to probe for an equaliser, but it wasn’t meant to be as they return home empty handed.

Following the victory, Siwelele now move to the fourth spot on the log with 10 points and Ezenkosi remain rooted at the bottom of the log with one point from five matches.

Bloemfontein Celtic will look to claim a hat-trick of Absa Premiership wins when they host Jomo Cosmos at Free State Stadium on 24 September 2015, kick-off at 17h00.

Celtic claimed a second successive league win when they beat Maritzburg United 2-0 away on September 12.

The Bloemfontein side has claimed four points from two home matches so far this season.

Cosmos are yet to win a match this season and suffered their first loss when they were beaten 2-1 at home by Platinum Stars on September 13.

The Vaal-based side’s two previous away matches both ended in goalless draws.

Ezenkosi are placed 13th on the Absa Premiership log with three points from four matches.

In head-to-head stats, Celtic and Cosmos have met in 43 league matches since 1985.

Ezenkosi have 18 wins compared to 15 for Phunya Sele Sele, while 10 matches have been drawn.

Celtic have won six of their 21 home matches against Cosmos, suffering eight defeats in the process.