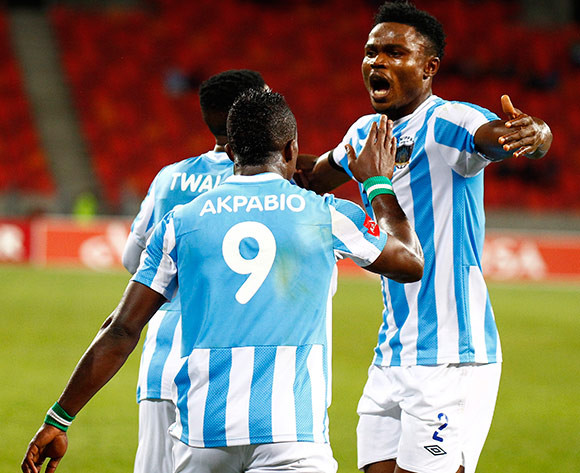 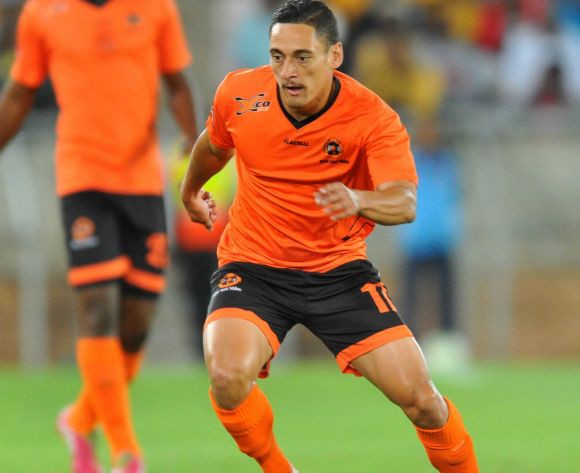 Welcome to the live play-by-play for the ABSA Premiership 2015/16 match between Chippa United and Polokwane City at Nelson Mandela Bay Stadium.

1' The match is underway!
31' Gert Barends (Polokwane City) is sent off.

46' The second half is underway
49' Jabulani Nene (Polokwane City) is cautioned.

Welcome to the live play-by-play for the ABSA Premiership 2015/16 match between Chippa United and Polokwane City at Nelson Mandela Bay Stadium.

The two teams attacked each other from the first whistle, and despite being one man down, the Citizens fought hard, but ultimately they narrowly lost 2-1 on the night.

Just three minutes into game, Chippa striker Lerato Manzini was set through on goal by Nkosinathi Mthinyane, but the former was stopped by Carlington Nyadombo's great tackle.

The Citizens then launched a quick counter-attack through Puleng Tlolane, who then played a good cross to Baptiste Faye, and striker placed his header over the cross-bar.

Chippa dribbling wizard Mark Mayambela beat his marker on the edge of the box in the 26th minute, and ballooned the ball over Polokwane goalkeeper George Chigova's goal-posts.

At the other end, Tlolane ran into the Chippa box after a receiving a good pass from Cole Alexander, but the striker struck the ball straight into keeper Daniel Akpeyi's hands.

New Polokwane defender Gert Barends was given the marching orders in the 32nd minute for a dangerous tackle on Nkosinathi Mthiyane.

It took only five minutes for the Chilli Boys to increase their lead through Burkina Faso international striker Aristide Bance, who finished brilliantly from inside the Polokwane box.

However, the Citizens never lost hope, as they pushed forward in numbers. In the 61st minute Polokwane captain Jabulani Maluleke's effort was well saved by Nigerian keeper Akpeyi.

Ten minutes later, Substitute Linda Shiba forced Akpeyi into a decent save, before the goal-minder pulled off a fantastic stop parrying away Tema's shot from close range.

Mayambela and Bance had good opportunities to seal Chippa's victory on the night, but they both failed to hit the target with 10 minutes left on the clock.

However, Polokwane pulled one back in stoppage time through Thobani Mncwango. The goal proved to be a consolation goal, as Chippa held on and recorded a 2-1 victory at home.

Chippa look to bounce back against City

Chippa United will look to bounce back from midweek defeat in the Absa Premiership when they host Polokwane City at Nelson Mandela Bay Stadium on 25 September 2015, kick-off at 20h00.

Chippa suffered their third loss of the season when they were beaten 3-2 at Platinum Stars on September 22.

The Eastern Cape side has claimed four points from two home matches so far this season.

The Chilli Boys are placed 13th on the Absa Premiership log with four points from five matches.

Polokwane saw their winless streak extended to four matches when they were held 0-0 at home by Orlando Pirates on September 22.

The Limpopo side has lost both of their two away matches so far this season.

Rise and Shine are placed 11th on the Absa Premiership log with five points from as many matches.

Both of those encounters took place last season, with Rise and Shine claiming a 3-1 home victory in the first half of the season.

The return game in the Eastern Cape saw the Chilli Boys hold out for a 1-1 draw.