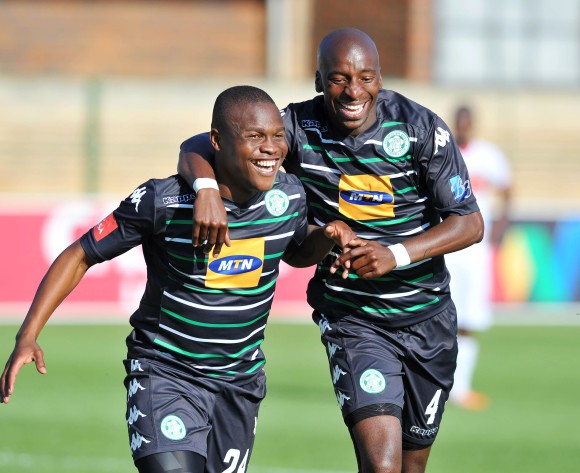 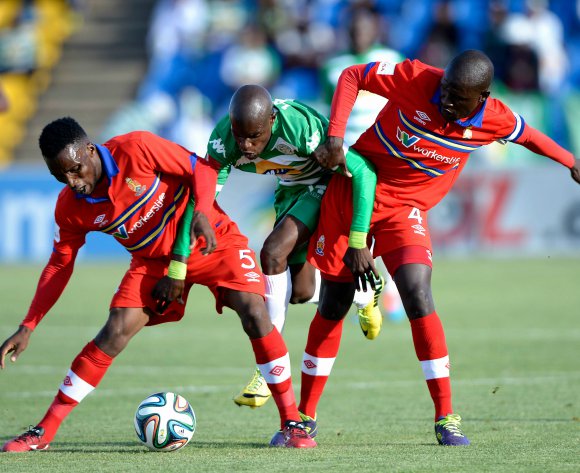 University of Pretoria VS Bloemfontein celtic

Welcome to the live play-by-play for the ABSA Premiership 2015/16 match between University of Pretoria and Bloemfontein Celtic at TUKS Stadium.

1' The match is underway!
14' Khethukuhle Zwane (University of Pretoria) is cautioned.

46' The second half is underway
46' Helder Pelembe (Bloemfontein Celtic) scores!

Welcome to the live play-by-play for the ABSA Premiership 2015/16 match between University of Pretoria and Bloemfontein Celtic at TUKS Stadium.

Following the win, coach Clinton Larsen’s men moved to third spot on the log standings with 13 points whilst the Tshwane side move to the 14th spot on the log with four points from six league matches.

Although the match started on a low note in a sunny Pretoria, the hosts were the better side when it comes to moving the ball around although they couldn’t produce a threatening chance in the opening stages of the tie.

In the 13th Getaneh Kebede took a shot towards goal, but his effort couldn’t trouble the goalkeeper Patrick Tignyemb.

The Ethiopian unleashed another shot in the 31st minute but it went wide hitting the right of the net.

In an aim to make a quick response, Thapelo Morena also tried to open the scoring for the visitors but also missed the target in the 39th minute.

However, with three minutes to go to the interval, Pelembe received a beautiful cross from the left through Thabang Matuka and he connected beautifully to hand Siwelele the lead in the opening half, 1-0.

The Free State side began their second half with a bang as the Mozambican forward completed his brace with only two minutes into the second stanza.

Sammy Troughton’s men could not trouble Siwelele’s defence in most instances despite enjoying much of the ball possession and time slowly ran against them, but Thabo Mnyamane tried a shot at goal with 15 minutes to go, however, it went wide.

With a sense of urgency lacking from the Tshwane side, Celtic continued to push forward aiming to get their third goal with skipper Bevan Fransman trying a shot, but goalkeeper Washington Arubi made a save.

The game ended 2-0 in favour of Celtic.

University of Pretoria will host an in-form Bloemfontein Celtic for an Absa Premiership clash at Tuks Stadium on 27 September 2015, kick-off at 15h00.

University of Pretoria recorded their first draw of the season when they held Kaizer Chiefs 1-1 away on September 23.

The Tshwane side has claimed three points from two home matches so far this season.

AmaTuks are placed 14th on the Absa Premiership log with four points from five matches.

The Bloemfontein side has claimed three points from two away matches so far this season.

Phunya Sele Sele are placed fourth on the Absa Premiership log with 10 points from five matches.

In head-to-head stats, Tuks and Celtic have met in six league matches since 2012/13.

The teams have a dead-even record, with two wins apiece, two draws and eight goals scored each.

Tuks have won one of their three home games against Celtic, suffering one defeat in the process.

Last season Phunya Sele Sele claimed four points off AmaTuks, winning 2-1 in Tshwane before being held to a 2-2 draw in the return game in Bloemfontein.