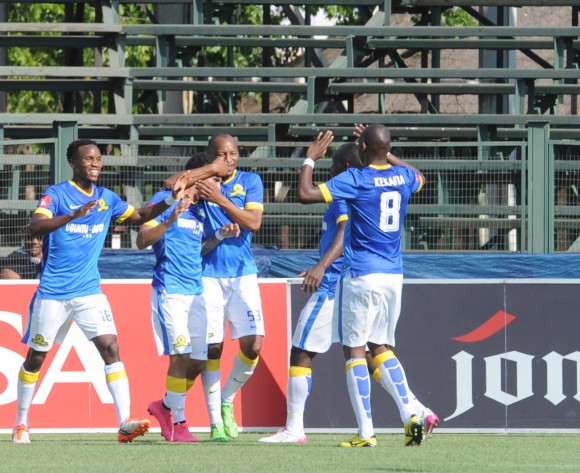 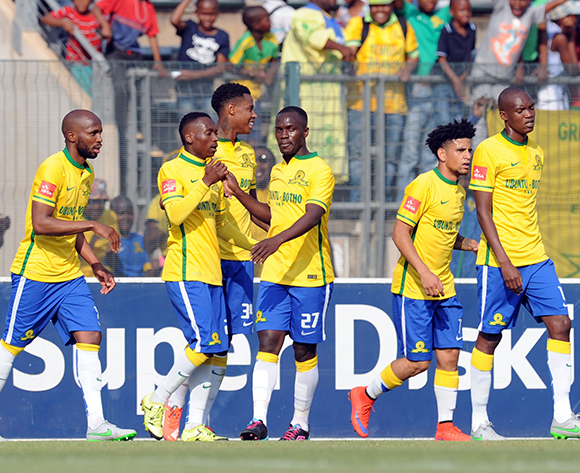 Welcome to the live play-by-play for the ABSA Premiership 2015/16 match between Jomo Cosmos and Mamelodi Sundowns at Olen Park.

Welcome to the live play-by-play for the ABSA Premiership 2015/16 match between Jomo Cosmos and Mamelodi Sundowns at Olen Park.

A brace from Keagan Dolly leaves Jomo Cosmos still winless in the Absa Premiership after losing 2-0 to Mamelodi Sundowns in a league match at Olen Park on Sunday afternoon.

It is Cosmos’ third loss in the league which leaves them with only three points from six matches thus far and second from bottom on the table.

‘Downs, on the other hand, registered their second successive win, and third in the league, to see them with ten points to their name from six games.

Sundowns controlled the early possession, but it was Cosmos who had the first shot on goal in the 12th minute, but Sipho Mngomezulu saw his stinging long range effort sail inches over the crossbar.

Five minutes later Brice Aka latched onto a long ball from defence, but saw his 16-yard shot well-saved by Dennis Onyango, low and to his left.

Ten minutes later, however, Sundowns took the lead with Dolly scoring his first of the afternoon after heading home a left-wing cross from Themba Zwane, 1-0.

Both teams struggled to create scoring chances in the final third thereafter and the half ended 1-0 in favour of the Brazilians.

Sundowns nearly doubled their lead in the 48th minute after a low left-wing cross from Katlego Mashego saw Zwane meet the ball, but he was brilliantly denied from close range by the Cosmos keeper.

In the 67th minute some great build-up play from Sundowns saw a left-wing cross from Dolly chested into the path of Anthony Laffor by Zwane, but the striker fired narrowly over the goal from 16-yards out.

The icing on the cake for Sundowns was their second goal in the 93rd minute when a quick break out saw Laffor draw the goalkeeper and unselfishly slip the ball for Dolly to tap into an empty net, 2-0.

Jomo Cosmos will look to claim their first Absa Premiership win of the season when they host Mamelodi Sundowns at Olen Park on 27 September 2015, kick-off at 15h00.

Cosmos suffered a second successive league defeat when they went down 1-0 at Bloemfontein Celtic on September 24.

The Vaal-based side has claimed one point from two home matches so far this season.

Ezenkosi are placed 15th on the Absa Premiership log with three points from five matches.

Sundowns returned to winning form in the league when they defeated Ajax Cape Town 3-2 at home on September 23.

The Tshwane side has claimed one point from three away matches so far this season.

The Brazilians are placed seventh on the Absa Premiership log with seven points from five matches.

In head-to-head stats, Cosmos and Sundowns have met in 48 league matches since 1985.

The Brazilians have claimed 18 wins compared to 14 for Ezenkosi, while 16 matches have been drawn.

Cosmos have won eight of their 24 home matches against Sundowns, suffering eight defeats in the process.

When the teams last met in the 2011/12 season, the Brazilians claimed four points from a 2-0 away win and a goalless draw at home in the return game.