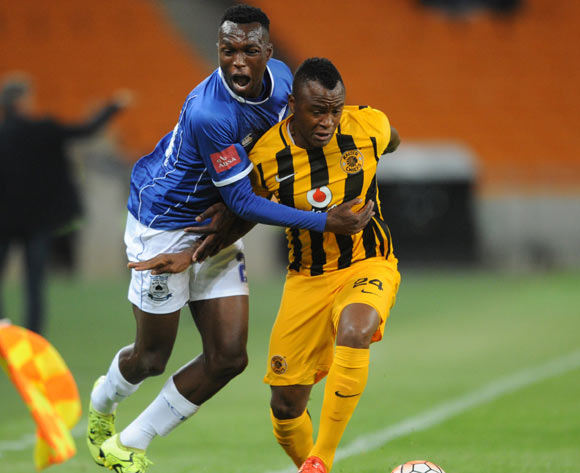 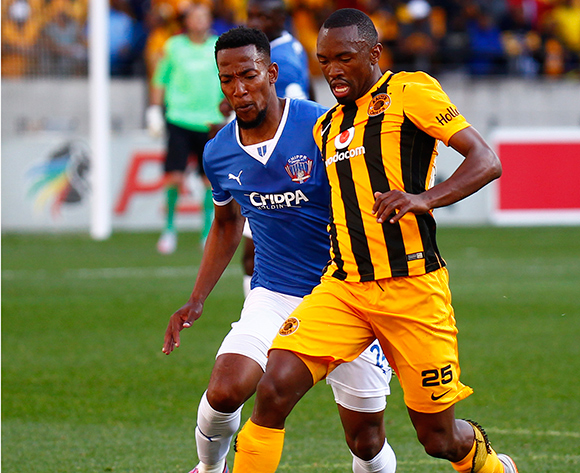 Welcome to the live play-by-play for the ABSA Premiership 2015/16 match between Kaizer Chiefs and Black Aces at FNB Stadium.

1' The match is underway!
3' Chiefs trying to knock the ball around but Aces are not giving them the space to do so. Tshabalala delivers a cross but Walters collects.
6' Manyama exchanging great passes with the likes of Tukane but Bukenya clears their cross. Aces putting Chiefs under pressure in their own half.
9' Tukane can't find Mbesuma, and Chiefs delivers a cross but it sails past the 18-yard area.
12' Chiefs losing the ball in their own half with Letsholonyane, Aces are knocking for an early lead.
16' Lebese delivers a wonderful cross but can't reach Abraw upfront and it goes out for a throw in. Kobola and Manyama combining down the left flank for Aces.
18' Tshabalala takes a shot but goes straight to the alert Walters.
19' Mathoho concedes a foul on Masina. Free kick wasted by Aces as Chiefs regains possession.
20' Masina takes a shot but goes wide.
21' [07:50:54 PM] Phumzile Ngcatshe: Great movement by Chiefs into the box but Manqele's attempt saved by Walters for a corner. Chiefs 0-0 Aces
23' Mbesuma trying to outpace Chiefs defence but Khune comes out to make a save.
24' Vincent Kobola (Black Aces) is cautioned.

24' Foul on Lebese by Kobola, cautioned.
25' Tshabalala's free kick is cleared by Aces.
28' Khune yet to get tested by Aces and Walters has been busy in the other half. Good movement of the ball by both sides as they're searching for an opening goal.
31' We've passed the 30 minutes at FNB and the goals are yet to come. A foul on Masilela by Manyama down the left.
31' Tshabalala takes the set piece and Abraw scores.
32' Camaldine Abraw (Kaizer Chiefs) scores! Shabba played a short set piece to Lebese who delivered a cross to Abraw's head and Walters is beaten.

35' Chiefs have found their rhythm and are slowly troubling Aces with Khune remaining a spectator
38' Lebogang Manyama (Black Aces) is cautioned, for a foul on Masilela.

41' Aces show good movement into the box but Letsholonyane defends and starts a counter attack to reach Aces' half but Manqele's shot goes over the bar.
42' Chiefs 1-0 Aces
44' Another set piece by the skipper but it's collected by Walters. Tshabalala's defence splitting pass is well read by Mzava.
45' First half end: Chiefs 1-0 Aces. Chiefs showing good touches and they've regained control of the proceedings.

46' The second half is underway
50' Mzava reacts quicker to clear away a dangerous looking cross from Manqele
51' Pace of Manqele nearly troubled Aces but Mzava was close to make a great save as he read the situation well.
59' Tshabalalaa delivers another set piece aiming for a far posts and it goes over. Lebese with a follow up but Hendricks clears the ball.
63' Abraw boke free and unleashed a powerful dshot, it goes staright to Walters who pucnhes it back to action but Hendricks cleared
64' Manyama takes a shot in response but sails wide off Khune's left post.
66' Kaizer Chiefs: Willard Katsande replaces Reneilwe Letsholonyane

69' Aces pushing forward hoping to get an equaliser as Komphela stabilises his midfield by bringing on Katsande.
69' Masina gets a cross from Nonyane and his back heel nearly caught Khune on his near post, as it goes wide.
72' Shabba can't find the target with his shot, it goes over the posts.
72' Kaizer Chiefs: George Maluleka replaces George Lebese

75' Khune makes a save once again on the near posts, a deflected shot was going in and Khune was quick to react to concede a corner.
76' Another save by Khune to deny Mbesuma from a powerful header.
79' Aces again wasting their chances in the box, Nonyane delivers a sweet cross but Mbesuma's header is way too wide.
80' Black Aces: Judas Mosemaedi replaces Sibusiso Masina

84' Hendricks reads Chiefs move with ease and Chiefs under pressure to retain their lead. Chiefs losing the ball easily.
87' Maluleka's pass to Abraw goes astray and their combinations is easily broken in the middle by Aces.
90' Aces foul Gaxa down the right and there's frustration in the Aces bench.
90' Khune makes another save to deny Aces down the right flank.
90 + 1' The referee blows the whistle for Full Time. Chiefs 1-0 Aces

Welcome to the live play-by-play for the ABSA Premiership 2015/16 match between Kaizer Chiefs and Black Aces at FNB Stadium.

A first half header by Camaldine Abraw was enough to give the defending league champions their second win over Muhsin Ertugral’s men, after beating them 2-1 in the Telkom Knockout last weekend.

Following the victory, Amakhosi move to position four on the Absa Premiership log standings with 14 points and will head to the Soweto derby to face rivals Orlando Pirates in high spirits, whilst Ertugral’s men are placed in the third spot with 15 points.

As early as the ninth minute, Aces nearly beat man of the match Itumeleng Khune when midfielder Lebogang Manyama took a shot which deflected off Erick Mathoho, with the keeper diving to the other direction but it went over the posts for a corner.

However, after 20 minutes, Amakhosi regained control of the proceedings and made good moves forward in search of opener, with George Lebese delivering great crosses in search of Edward Manqele and Abraw. However, Shu-Aib Walters stood his ground and collected with ease.

Just after 30 minutes of action, Steve Komphela’s men received a free kick and skipper Siphiwe Tshabalala played it short with Lebese, who delivered a cross to the Togolese forward.

Abraw netted with ease in the 32nd minute with a beautiful header, beating Walters as they went to the interval leading 1-0.

In the second stanza, Muhsin Ertugral rung the changes and introduced Mpho Matsi for Vincent Kobola, hoping to trouble the defending league champions.

In the 63rd minute Abraw nearly bagged his brace when he released a thunderbolt away from the box. Walters punched the ball back to action and defender Ashraf Hendricks cleared the danger.

However, six minutes later a cross from Thabo Nonyane was met by an intelligent back heel by Sibusiso Masina and he nearly stunned Khune on his near post, but the ball went wide.

Aces moved forward with purpose and kept Khune busy when he made a brilliant save to punch a deflected cross from the left at his near post.

As Aces enjoyed the ball possession, the Bafana Bafana net minder was invited to make another save when he denied Collins Mbesuma following a powerful header.

Khune won the accolade as the man of the match and stood between the visitors and their equalising goal, allowing the host to take the full three points.

Kaizer Chiefs will look to return to winning form in the Absa Premiership when they host Black Aces at FNB Stadium on 27 October 2015, kick-off at 19h30.

Chiefs recorded a third successive draw in the league when they were held 0-0 away by Jomo Cosmos on October 20.

The Soweto giants have claimed four points from two home matches this season.

The Amakhosi are placed sixth on the Absa Premiership log with 11 points from seven matches.

Aces retained their unbeaten record in the league by fighting back to draw 2-2 with Platinum Stars on October 21.

The Mpumalanga side has claimed seven points from three away matches this season.

AmaZayoni are placed third on the Absa Premiership log with 15 points from seven matches.

In head-to-head stats, Chiefs and Aces have met in 32 league matches since 1985.

The Amakhosi have 22 wins compared to five for AmaZayoni, while five matches have been drawn.

Chiefs have won 12 of their 16 home matches against Aces, suffering three defeats in the process.

Last season the Amakhosi completed a league ‘double’ over AmaZayoni, winning 2-1 in Mpumalanga and 1-0 in Soweto.