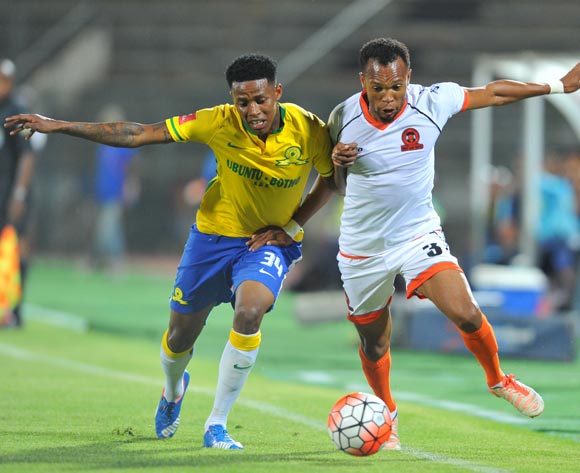 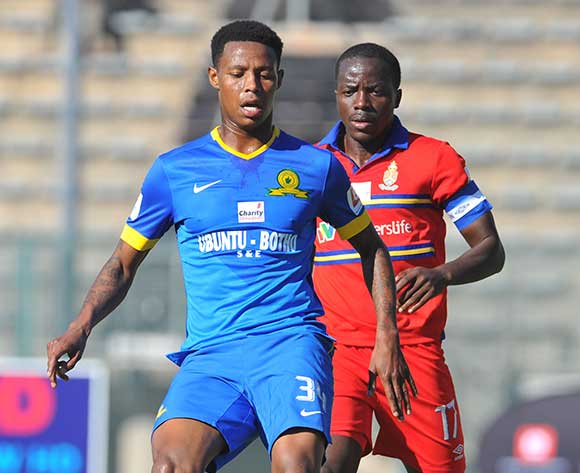 Welcome to the live play-by-play for the ABSA Premiership 2015/16 match between Mamelodi Sundowns and Polokwane City at Lucas Moripe Stadium.

Welcome to the live play-by-play for the ABSA Premiership 2015/16 match between Mamelodi Sundowns and Polokwane City at Lucas Moripe Stadium.

Polokwane City held Mamelodi Sundowns to a goalless draw in an Absa Premiership clash at the Lucas Moripe Stadium on Wednesday evening.

For all their killer instinct in front of goal in the 6-1 win over Free State Stars, at the weekend, Sundowns lacked accuracy as Rise and Shine claimed a valuable point on their travels,

The Brazilians threatened to run away with the game in the early exchanges with Khama Billiat and Wayne Arendse troubling the same post in the opening two minutes.

George Chigova guided fellow Zimbabwean Billiat's chip-shot onto the upright before Arendse rose highest from the resulting corner-kick, only to see his header attempt canon off the inside of the post.

Having survived an early onslaught from the hosts, Rise and Shine found their range through Puleng Tlolane in the 28th minute - the striker's shot from the edge of the area, well saved by Wayne Sandilands who was handed a rare start.

Sundowns ended the half in the ascendancy with Bongani Zungu expertly losing his marker before guiding Mogakolodi Ngele's cross at goal, Chigova though was well positioned to keep the game goalless heading into the break.

The Brazilians continued to press for the opener, but were stifled in their attempts with the Rise and Shine stopper doing well to parry Hlompho Kekana's rocket away from danger on the hour.

Pitso Mosimane's men had a chance to steal all three points late on, with Katlego Mashego finding space in the box, but again Chigova came to the rescue to save at Zungu's feet.

For Polokwane, the stalemate moves them to 12th on the log standings while Sundowns remain fifth.

‘Downs out to continue good form

Mamelodi Sundowns will look to continue their winning form in the Absa Premiership when they host Polokwane City at Lucas Moripe Stadium on 28 October 2015, kick-off at 19h30.

Sundowns recorded a third successive league win when they beat Bloemfontein Celtic 1-0 away on October 21.

The Tshwane side has claimed six points from two home matches this season.

The Brazilians are placed fifth on the Absa Premiership log with 13 points from seven matches.

Polokwane suffered their fourth defeat of the season when they were beaten 2-0 at home by Free State Stars on October 21.

The Limpopo side has claimed zero points from three away matches this season.

Rise and Shine are placed 13th on the Absa Premiership log with five points from seven matches.

In head-to-head stats, Sundowns and Polokwane have met in four league matches since 2013/14.

The Brazilians have claimed three wins compared to one for Rise and Shine, while zero matches have been drawn.

Sundowns won both of their two previous home matches against Polokwane, scoring six unanswered goals in the process.

Last season the Brazilians did a league ‘double’ over City, winning 3-0 in Polokwane and 5-0 in the return game in Tshwane.

Sundowns players have scored all 10 goals in league meetings between the teams, as Polokwane’s only strike in the rivalry was own goal from Brazilians defender Tebogo Langerman.