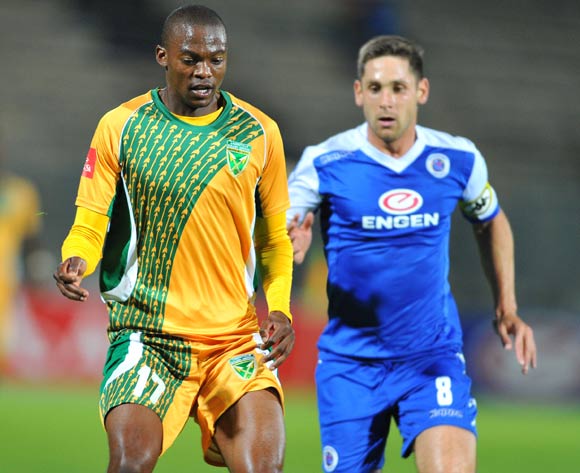 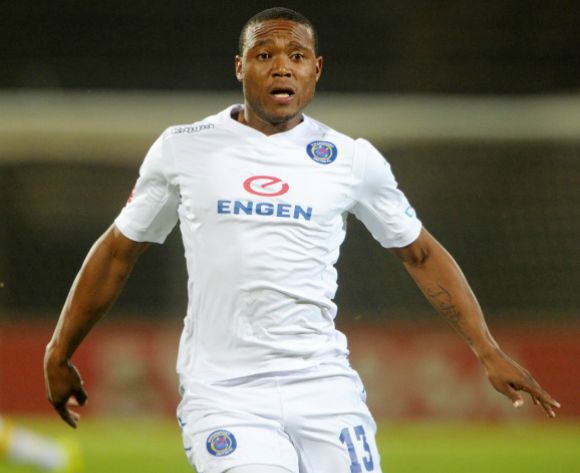 Welcome to the live play-by-play for the ABSA Premiership 2015/16 match between SuperSport Utd and Golden Arrows at Lucas Moripe Stadium.

Welcome to the live play-by-play for the ABSA Premiership 2015/16 match between SuperSport Utd and Golden Arrows at Lucas Moripe Stadium.

SuperSport United succumbed to their fourth Absa Premiership defeat in a row with Serame Letsoaka's Golden Arrows holding on to a narrow 2-1 win at the Lucas Moripe Stadium on Tuesday.

It was a happy return for former SuperSport assistant coach Letsoaka, whose troops were 2-0 up at the break courtesy of goals from Arrows captain Matome Mathiane and pacey winger Kudakwashe Mahachi.

Kingston Nkhatha pulled a goal back for the home side, but Arrows held on to move fifth on the log standings.

Both teams went on the offensive early on with Clayton Daniels seeing his effort fly wide before Mabhudi Khenyeza forced Ronwen Williams into a routine save in the early exchanges.

Williams has been SuperSport's mister dependable amid a difficult period and the Bafana Bafana goalkeeper had to be at his best to stifle Mahachi with 10 minutes on the clock. A suicidal back pass by Dove Wome was picked up by the Arrows wide man, but Williams was quick off his line to spare his teammates blushes.

Matsatsantsa's best chance of the half fell to Wome in the 43rd minute with the Togo international guilty of missing a glaring opportunity from 12 yards after the loose ball fell at his feet.

The hosts were made to pay on the stroke of half-time as on-loan winger Mahachi breezed past a static Bongani Khumalo before firing a low shot under the onrushing SuperSport stopper.

Gordon Igesund's men came out firing after the break with Dean Furman seeing his deflected volley saved by Maxamilian Mbaeva eight minutes after the interval.

The Arrows keeper then got down well to keep out Thuso Phala, but SuperSport kept knocking through Nkhahta who saw his header cleared off the line before finally finding the back of the net in the 66th minute - the Zimbabwe striker blasting the ball into the back of the net via the inside of the post from an acute angle.

SuperSport continued to press in an attempt to conjure something from the game, but their efforts were in vain as the Tshwane side remain anxiously close to the relegation zone.

SuperSport out to break losing streak

SuperSport United will look to break their losing streak in the Absa Premiership when they host Golden Arrows at Lucas Moripe Stadium on 20 October 2015, kick-off at 19h30.

SuperSport suffered a third straight league loss when they were beaten 3-1 at home by Platinum Stars on September 26.

The Tshwane side has claimed four points from as many home matches this season.

Matsatsantsa are placed 13th on the Absa Premiership log with five points from six matches.

Arrows played to their second draw of the season when they were held goalless at home by Bloemfontein Celtic on October 17.

The Durban side has claimed one point from two away matches this season.

Abafana Bes’thende are placed eighth on the Absa Premiership log with eight points from six matches.

In head-to-head stats, SuperSport and Arrows have met in 28 league matches since 2000/01.

Matsatsantsa have claimed 15 wins compared to eight for Abafana Bes’thende, while just five matches have been drawn.

SuperSport have won eight of their 14 home matches against Arrows, suffering three defeats in the process.

When the teams last met in the league in the 2013/14 season, United won their home match 3-1, while Abafana Bes’thende claimed revenge with a 1-0 victory in the return game.

Arrows’ last away win against SuperSport was in the second half of the 2008/09 season.