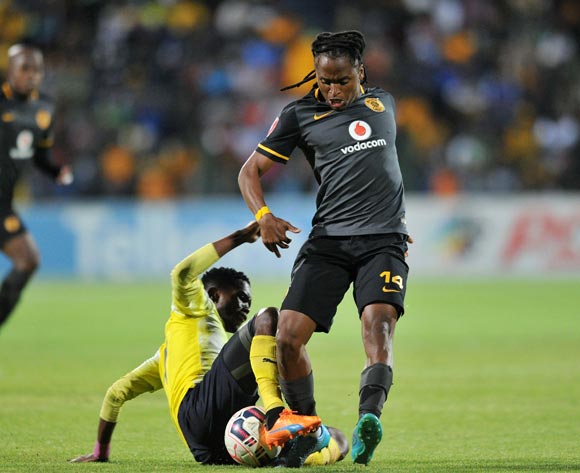 Siphiwe Tshabalala of Kaizer Chiefs tackled by Thabang Monare of Jomo Cosmos during the Absa Premiership 2015/16 match between Jomo Cosmos and Kaizer Chiefs at Olen Park, Potchefstoom on the 20 October 2015 ©Muzi Ntombela/BackpagePix 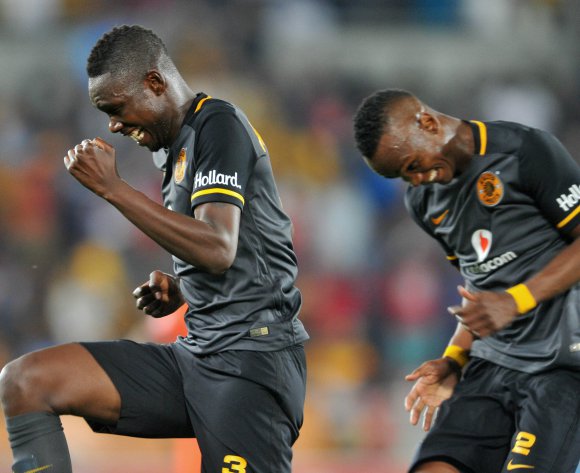 Erick Mathoho of Kaizer Chiefs celebrates his goal with his taemmates

Welcome to the live play-by-play for the ABSA Premiership 2015/16 match between Jomo Cosmos and Kaizer Chiefs at Olen Park.

46' The second half is underway
57' Willard Katsande (Kaizer Chiefs) is cautioned.

Welcome to the live play-by-play for the ABSA Premiership 2015/16 match between Jomo Cosmos and Kaizer Chiefs at Olen Park.

Cosmos grind a draw against Chiefs

Kaizer Chiefs and Jomo Cosmos played to a disappointing 0-0 draw in their Absa Premiership encounter at Olen Park Stadium on Tuesday night.

Despite the result, the league’s defending champions move to the fifth spot with 11 points and the hosts move one spot higher to the 14th position with four points as they are yet to win a league match.

In an exciting tie that just lacked goals, Ezenkosi were the first to attack their visitors when Mxolisi Macuphu saw his shot going wide off Reyaad Pieterse’s goals in the opening three minutes.

Amakhosi intensified their probe for an opener and Erick Mathoho’s header went wide with the Cosmos’ keeper beaten on the ball.

Jomo Sono’s men closed down Amakhosi and didn’t allow them too much time on the ball and in the 30th minute, Charlton Mashumba hit the side of the net when he was denied a goal by Pieterse.

Amakhosi took the lead through Edward Manqele with less than three minutes to go to the interval but he was adjudged to have been in an offside position.

The second stanza began with Amakhosi pushing forward and Masilela’s attempt went inches wide of the far post and after few minutes, Manqele was denied by Naicker.

With Ezenkosi fighting hard to get something out of the tie, the Zimbabwean striker, Mashumba was in the right position once again after beating Ivan Bukenya only to see his shot saved by the keeper for a corner, but Frederic Nsabiyumva couldn’t connect with the cross on the far post with just under 15 minutes to go.

In the dying minutes of the tie, Amakhosi nearly stole the winner when substitute Siphelele Mthembu saw his effort off the woodwork and in retaliation, Pieterse was alert to make a fantastic save from a corner denying Cosmos.

With just one minute to go, Naicker was saved by the woodwork when he watched Bukenya’s shot hitting the post.

Jomo Cosmos and Kaizer Chiefs will renew their rivalry in the Absa Premiership when the teams meet at Olen Park on 20 October 2015, kick-off at 19h30.

Cosmos suffered a third successive league loss when they were beaten 2-0 at home by Mamelodi Sundowns on September 27.

The Vaal-based side has claimed one point from three home matches this season.

Ezenkosi are placed 15th on the Absa Premiership log with three points from six matches.

Chiefs recorded their fourth draw (and second in succession) when they were held 1-1 at Ajax Cape Town on September 26.

The Soweto giants have claimed six points from four away matches this season.

The Amakhosi are placed fifth on the Absa Premiership log with 10 points from six matches.

In head-to-head stats, Cosmos and Chiefs have met in 49 league matches since 1985.

The Amakhosi have 20 wins compared to seven for Ezenkosi, while no less than 22 matches have been drawn.

Cosmos have won just five of their 25 home matches against Chiefs, suffering 11 defeats in the process.

When the teams last met in the league in the 2011/12 season, the Amakhosi took four points from the two matches by winning 2-1 at home and drawing 1-1 away.