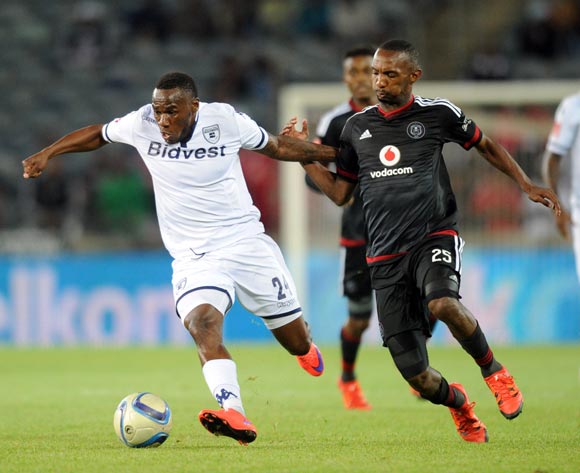 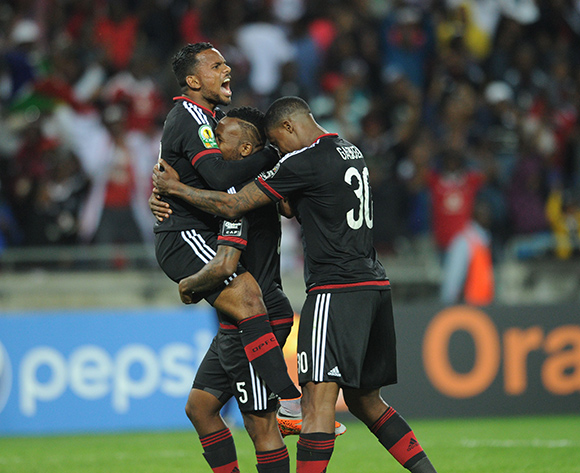 Welcome to the live play-by-play for the ABSA Premiership 2015/16 match between Orlando Pirates and Bidvest Wits at Orlando Stadium.

Orlando Pirates coach, Eric Tinkler will expect his boys to do do well as he aims to collect the three points and move up the Absa Premiership log standings.
On the other hand, the visitors led by Gavin Hunt, will also target the full three points and get back to winning ways. However, facing Pirates away will be a challenge.
1' The match is underway!
3' Both sides trying to settle down in the game, Wits nearly scores with Klate failing to connect with a cross from the right.
6' Wits look threatening as they seem to spend time in the Pirates' half. The hosts haven't tested Josephs yet.
9' Penalty for Wits after Mhlambi was fouled by Myeni in the box.
9' Ayanda Gcaba (Orlando Pirates) is cautioned.

9' Ovono makes a save to deny Botes.
12' Pirates a bit disjointed on the left wing and Wits are capitalising on that. Pirates trying to knock the ball around. Ovono the busiest of the two keepers.
15' Goal...Ovono spills the ball and it's a goal.
15' It was a cross from the left and he looked to have handled the ball but he spilled it.
15' Daine Klate (Bidvest Wits) scores!

18' Pirates under pressure as Wits are knocking to get a second goal. Botes takes a shot but goes wide.
21' Rakhale combining well with Masuku but Klate concedes a throw in. Josephs catches the throw in by Gcaba.
24' Wits win a freekick and Klate whips it to the far post towards Botes but he can't connect.
27' Shongwe given allowance to play in the middle and his distribution could cause problems for the hosts.
30' Score remains unchanged: Wits 1-0 Pirates. Tinkler's men are not as tight in the middle and Wits are dominating.
31' Foul on Myeni by Hlatshwayo towards the 18-area. Free-kick for Pirates.
32' Thulani Hlatshwayo (Bidvest Wits) is sent off.

39' Pirates still tariling the visitors 1-0 and Gabuza well shepherded by two defenders on his way to the box.
43' Rakhale takes a shot, it's blocked and Matlaba's second attempt deflects from a teammate.
45' Five minutes added on and Pirates will find it difficult to penetrate the 10-man Wits.
45' A shot by Rakhale away from the box sails over the bar for a goal kick.
45 + 4' Ovono denies Wits second goal after a great movement from the middle of the park.
45 + 5' Bhasera commits a foul on Rakhale, set piece for Pirates on the left. Wits clear the danger.
45 + 5' The referee brings the first half to an end.

46' The second half is underway
46' Ben Motshwari (Bidvest Wits) is cautioned.

49' Matlaba with a great move into the box but his shot is over the posts.
50' Orlando Pirates: Kermit Erasmus replaces Menzi Masuku

54' Pirates are looking to get an early and keeping Wits in their won half. They get a corner and Joesphs collects with ease.
57' Bidvest Wits: Phumlani Ntshangase replaces Ben Motshwari

59' Pirates look calm on the ball but their decisions on the final third are not so productive.
60' Erasmus unleashed a shot in the box and Josephs makes a good save, for a corner.
60' Orlando Pirates: Yasser Mugerwa replaces Thandani Ntshumayelo

63' Pirates coming back in the game and Matlaba takes another shot but it's blocked.
66' Pirates all over Wits as they probe for an equaliser but the Students are tight at the back.
66' Bidvest Wits: Calvin Kadi replaces Daine Klate

70' Rakhale lays down the ball for Gabuza but his shot goes straight to Josephs.
71' Lehlogonolo Maselesa (Orlando Pirates) is cautioned.

73' Pirates frustrated as they seem to fire blanks and time slowly running against them.
74' Calvin Kadi (Bidvest Wits) is sent off.

85' Pirates making a number of entries into the box but Josephs and his defence doing everything in their power to fight for the three points.
89' Pirates pushing numbers forward hoping to find a late equaliser. Caution for Masalesa.
89' Lehlogonolo Maselesa (Orlando Pirates) is sent off.

89' It's his second yellow, he's sent off
Mahlamabi wasted a chance trying to trick Ovono and he lost the ball. He quickly recovered and saved the ball.
89' A free header wide by Gabuza. Pirates 0-1 Wits.
90' Pirates trying desperately for a goal and it looks like it's not their day. Wits packed at the back.
90 + 5' The referee blows the whistle for Full Time.

Welcome to the live play-by-play for the ABSA Premiership 2015/16 match between Orlando Pirates and Bidvest Wits at Orlando Stadium.

Pirates goalkeeper Felipe Ovono handed the visitors an early goal when he misjudged Klate’s set piece and spilled the ball into his own net, thus allowing the nine-man Wits to emerge victorious.

Following the win, the Braamfontein-based side climb up to first position with 16 points on the Absa Premiership standings, whilst the hosts are placed at position 11 with five points from seven matches.

The game was packed with drama as three red cards were issued by referee Victor Gomes: Calvin Kadi, Thulani Hlatshwayo and Lehlohonolo Masalesa all received early showers on the night.

The opening few minutes were full of pace from the visitors as they spent much of their time in the Buccaneers’ half and as early as the ninth minute they were awarded a penalty when Sifiso Myeni fouled Phakamani Mahlambi, but Felipe Ovono saved Henrico Botes’ spot kick.

Shortly thereafter, Ovono spilled the ball allowing the visitors to grab an early lead following a great set piece by Daine Klate down the right flank.

Eric Tinkler’s men tried to calm down and knock the ball around but it was the visitors who stopped all their moves and in the 32nd minute Wits were dealt a huge blow when Hlatshwayo was red carded for a dangerous foul on Myeni.

Exactly in the 45th minute, a quiet Thabo Rakhale unleashed a powerful shot in an aim to find an equaliser before half time, but his effort sailed over the posts without troubling goalkeeper Moeneeb Josephs.

The students went to the tunnel enjoying a lead and in the second stanza the Sea Robbers were all over the Clever Boys, but their decision making in the final third couldn’t produce the results.

With just four minutes into the second half, Thabo Matlaba made his trademark move into the box, however, his effort sailed over the bar once again. Substitute Kermit Erasmus also managed to trick Buhle Mkhwanazi and unleashed a shot in the box, but Josephs made a great save.

Although it was evident that the Bucs bench was frustrated, their entries into the box failed to yield a goal as Gavin Hunt’s men proved to be solid at the back, managing to successfully hold onto their slender lead.

Orlando Pirates will look to return to form in the Absa Premiership when they host Bidvest Wits at Orlando Stadium on 21 October 2015, kick-off at 19h30.

Pirates saw their winless run in the league extended to three matches when they were held 0-0 away to Polokwane City on September 22.

The Soweto side has claimed four points from two home matches this season.

The Buccaneers are placed 11th on the Absa Premiership log with five points from as many matches.

Wits recorded their first draw of the league season when they were held 0-0 at Free State Stars on September 26.

The Johannesburg side has claimed four points from three away matches this season.

The Clever Boys are placed fourth on the Absa Premiership log with 13 points from six matches.

In head-to-head stats, Pirates and Wits have met in 59 league matches since 1985.

The Buccaneers have 25 wins compared to 13 for the Clever Boys, while 21 matches have been drawn.

Pirates have won 14 of their 29 home matches against Wits, suffering five defeats in the process.

Last season Bucs beat the Clever Boys 1-0 in Soweto, but the University-based side won the return game 2-0.

Wits’ last away win over Pirates was in the second half of the 2003/04 season.