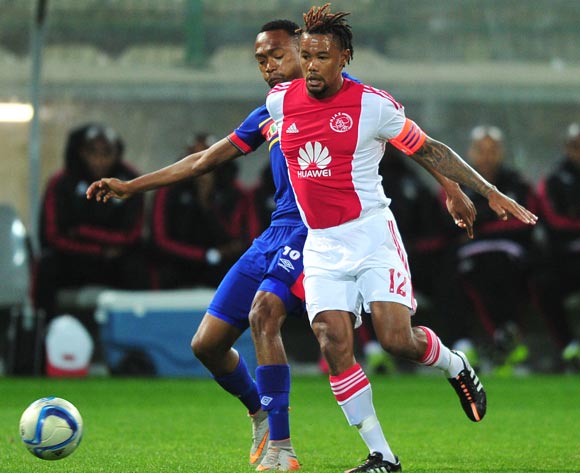 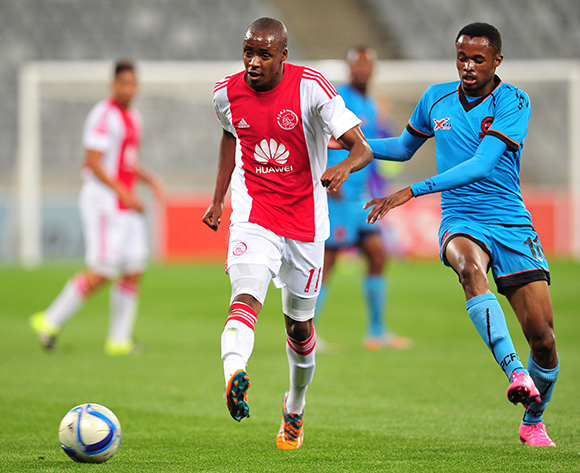 Welcome to the live play-by-play for the ABSA Premiership 2015/16 match between Ajax Cape Town and University of Pretoria at Athlone Stadium.

1' The match is underway!
37' Bongani Nyathi (University of Pretoria) is cautioned.

Welcome to the live play-by-play for the ABSA Premiership 2015/16 match between Ajax Cape Town and University of Pretoria at Athlone Stadium.

Ajax held at home by AmaTuks

Ajax Cape Town’s winless run in the Absa Premiership was stretched to three matches at they were held 0-0 by University of Pretoria at Athlone Stadium on Wednesday.

Having enjoyed the upper-hand for most of the evening at a windy stadium, the home side will be disappointed by only taking a point from the game.

There were a couple of half chances for the hosts as Toriq Losper sent an early shot straight at Washington Arubi before Nathan Paulse fired over the bar.

It was AmaTuks, though, who had the best chance of the opening 20 minutes when a slip by Rivaldo Coetzee allowed Atusaye Nyondo a clean run in on goal, but he took far too long to get a shot away and Abel Mabaso was able to make a saving tackle for Ajax.

The Urban Warriors were then handed a great chance to take the lead on the half hour mark when Paulse was awarded a penalty kick after what appeared a fairly innocuous challenge in the box. But Paulse was unable to drive home the advantage as a rather weak spot kick was comfortably saved by Arubi.

Ajax continued to dominate proceedings for the most part, and were close to scoring in the 32nd minute when Franklin Cale’s powerful drive deflected just wide of goal before Paulse headed wide of the mark from a Milton Ncube cross five minutes before half time.

The Cape side were to have the first chance of the second half, but the opportunity went a-begging as Erwin Isaacs miscued from right in front of goal after a cross from Cale had landed kindly for him on 52 minutes.

There was a chance for AmaTuks to grab a winner out of the blue when the ball fell kindly for Lennox Bacela in the box, but his first time volley on 80 minutes was pulled just wide.

Ajax Cape Town will look to continue their strong home form in the Absa Premiership when they host University of Pretoria at Athlone Stadium on 21 October 2015, kick-off at 19h30.

Ajax recorded their first draw of the season when they were held 1-1 at home by Kaizer Chiefs on September 26.

The Cape Town side has claimed 10 points from four home matches this season.

The Urban Warriors are placed seventh on the Absa Premiership log with 10 points from six matches.

University of Pretoria suffered their fourth league loss when they went down 2-0 at home to Bloemfontein Celtic on September 27.

The Tshwane side has claimed one point from three away matches this season.

AmaTuks are placed 14th on the Absa Premiership log with four points from six matches.

In head-to-head stats, Ajax and Tuks have met in six league matches since 2012/13.

The Pretoria side has two wins to their name, while the Urban Warriors have claimed just one win. Three matches have been drawn.

Ajax have won one of their three home matches against Tuks, suffering one defeat in the process.

Last season AmaTuks won 3-0 at home in the teams’ first meeting, while the return match in Cape Town saw the home side claim a 2-0 victory.

The teams’ first league match produced six goals, while their five since have produced a cumulative total of just five goals.