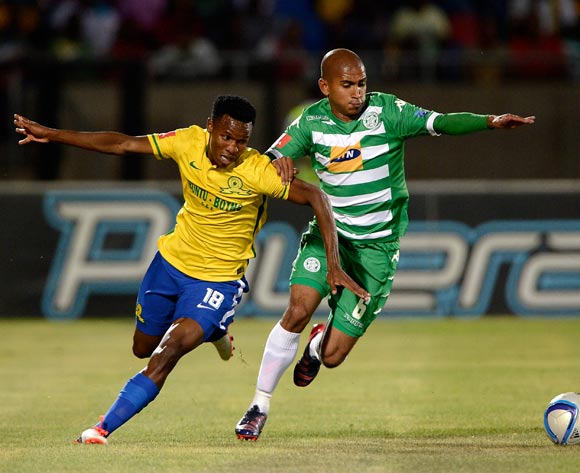 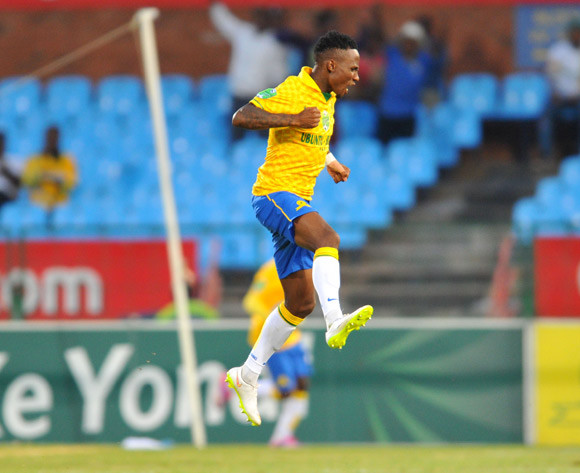 Welcome to the live play-by-play for the ABSA Premiership 2015/16 match between Bloemfontein Celtic and Mamelodi Sundowns at Free State Stadium.

1' The match is underway!
45 + 1' Hlompho Kekana (Mamelodi Sundowns) is cautioned.

46' The second half is underway
57' Leonardo Castro (Mamelodi Sundowns) is cautioned.

Welcome to the live play-by-play for the ABSA Premiership 2015/16 match between Bloemfontein Celtic and Mamelodi Sundowns at Free State Stadium.

Mamelodi Sundowns handed Bloemfontein Celtic their first home defeat in the Absa Premiership this season, with Anthony Laffor scoring the only goal of the game at Seisa Ramabodu Stadium on Wednesday night.

Sundowns dominated the entire match, and they should have scored more goals. However, Celtic goalkeeper Patrick Tignyemb made brilliant saves on the night.

The Brazilians played very well in the opening stages of the game, and they should have taken the lead four minutes into game. But Tignyemb did well to parry away Sundowns defender Wayne Arendse's header.

Zimbabwean midfielder Khama Billiat found his way into the Phunya Sele Sele box in the 14th minute, and forced shot-stopper Tignyemb into a fine save.

Celtic were under pressure, and new Sundowns striker Leonardo Castro unleashed a powerful long range effort three minute before the half-hour mark which sailed over the goalposts.

Seven minutes before the half-time break, Billiat combined brilliantly with his Sundowns teammate Tebogo Langerman, before the former placed his effort wide of the target.

Sundowns winger Keagan Dolly pulled the trigger from range, and his thunderous effort forced the best out of Tignyemb three minutes before the interval.

Fifteen into the second-half, Sundowns head coach Pitso Mosimane introduced Anthony Laffor and pulled out Themba Zwane, who had a quiet night.

Liberian international Laffor made an immediate impact as he hit the back of the net in the 70th minute after receiving a good pass from his captain Ramahlwe Mphahlele.

The Brazilians managed to hold onto their slender lead, and emerged 1-0 winners on the night.

Celtic’s form to be tested by ‘Downs

Bloemfontein Celtic’s fine form in the Absa Premiership will be put to the test when they face Mamelodi Sundowns at Free State Stadium on 21 October 2015, kick-off at 19h30.

Celtic extended their unbeaten run in the league to six matches with a goalless draw away to Golden Arrows on October 17.

The Bloemfontein side has claimed seven points from three home matches this season.

Phunya Sele Sele are placed third on the Absa Premiership log with 14 points from seven matches.

Sundowns picked up a second successive win when they beat Jomo Cosmos 2-0 away on September 27.

The Tshwane side has claimed four points from as many away matches this season.

The Brazilians are placed sixth on the Absa Premiership log with 10 points from six matches.

In head-to-head stats, Celtic and Sundowns have met in 54 league matches since 1985.

The Brazilians have 27 wins compared to 12 for Phunya Sele Sele, while 15 matches have been drawn.

Celtic have won seven of their 27 home matches against ‘Downs, suffering 12 defeats in the process.

Last season the Brazilians won 1-0 in Bloemfontein, while Phunya Sele Sele claimed a stunning 5-0 win in the return game in Tshwane.

Celtic last beat Sundowns in a home league match in the 2005/06 season.