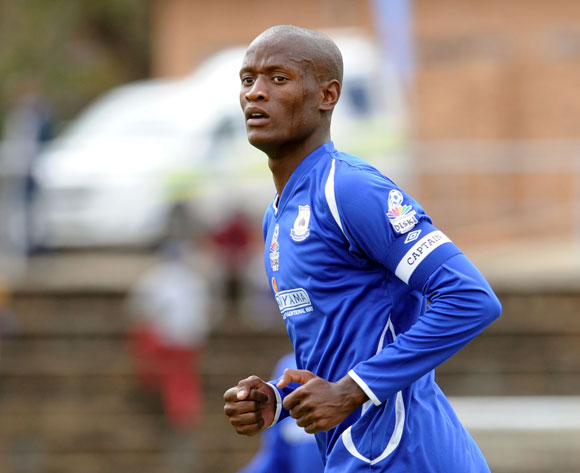 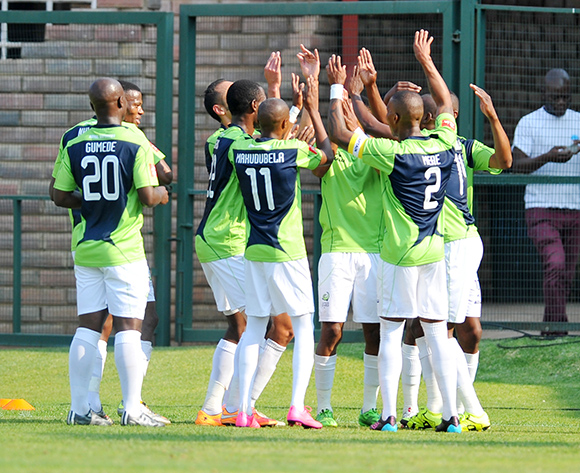 Eleazar Rodgers of Platinum Stars celebrates his goal with his teammates during the Absa Premiership match between Jomo Cosmos and Platinum Stars at Olen Park in Potchefstroom, South Africa on September 13, 2015 ©Samuel Shivambu/BackpagePix

Welcome to the live play-by-play for the ABSA Premiership 2015/16 match between Black Aces and Platinum Stars at Mbombela Stadium.

46' The second half is underway
49' Isaac Nhlapo (Platinum Stars ) is cautioned.

Welcome to the live play-by-play for the ABSA Premiership 2015/16 match between Black Aces and Platinum Stars at Mbombela Stadium.

Judas Mosemaedi scored twice in stoppage time to help Mpumalanga Black Aces to a thrilling 2-2 draw against Platinum Stars in the Absa Premiership on Wednesday evening.

Ndumiso Mabena handed the visitors a 2-0 lead and Cavin Johnson's men looked sure to end the evening atop the league table, but Mosemaedi had plans of his own.

With Bidvest Wits beating Orlando Pirates 1-0 in Soweto, Aces and Stars slip to second and third respectively, level on points and still unbeaten after seven rounds of league fixtures.

Mabena opened the scoring for the visitors from 12 yards after Collins Mbesuma fouled his fellow former Buccaneer inside the area - Mabena duly stepped up to net his first goal since May on 21 minutes.

Stars were unlucky not to be 2-0 up nine minutes later with Masibusane Zongo seeing his left-footed free-kick canon of the woodwork.

Aces finally found their rhythm after the break, but after Mbesuma saw his shot against the post, Stars doubled their lead through Mabena, who completed his brace from the penalty spot on the hour.

Muhsin Ertuğral introduced Mosemaedi soon after, but the Turkey born mentor could never have envisaged what would follow.

First the AmaZayoni youngster rose highest to halve the deficit in the third minute of stoppage time, before striking home the equaliser with what was the final kick of the game.

Aces picked up their fourth win (and second in succession) when they beat Maritzburg United 4-1 at home on September 27.

The Mpumalanga side has claimed seven points from three home matches this season.

AmaZayoni are placed second on the Absa Premiership log with 14 points from six matches.

Stars claimed a fourth win in a row when they defeated SuperSport United 3-1 away on September 26.

The Rustenburg side has claimed seven points from three away matches this season.

Dikwena are placed first on the Absa Premiership log with 14 points from six matches.

In head-to-head stats, Aces and Stars have met in eight league matches since 2009/10.

Dikwena have three wins compared to one for AmaZayoni, while four matches have been drawn.

Aces have yet to win at home against Stars, with two draws and two losses from four matches.

Last season Dikwena took four points off AmaZayoni, winning 2-0 in Mpumalanga before a 1-1 draw in the return game in the North West.