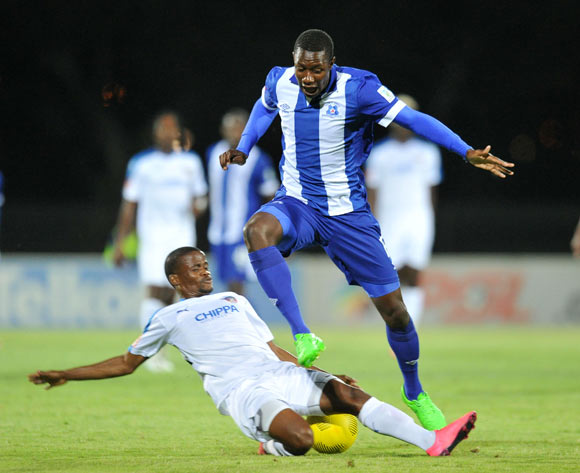 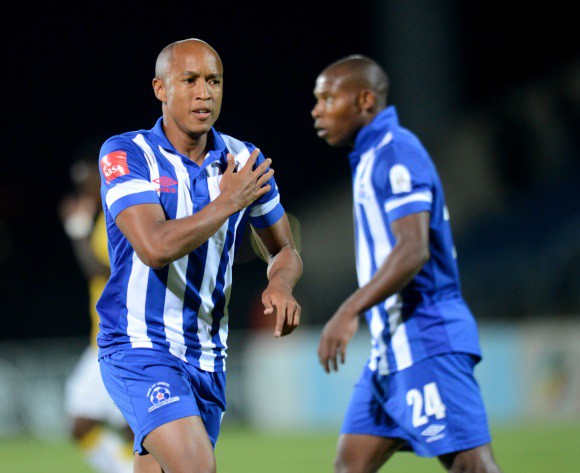 Welcome to the live play-by-play for the ABSA Premiership 2015/16 match between Maritzburg Utd. and Chippa United at Harry Gwala Stadium.

Welcome to the live play-by-play for the ABSA Premiership 2015/16 match between Maritzburg Utd. and Chippa United at Harry Gwala Stadium.

Chippa keep Maritzburg at the bottom

Second half goals from Aristide Bance and Mark Mayambela handed Chippa United a 2-0 win over Maritzburg United in an Absa Premiership match at the Harry Gwala Stadium on Wednesday night.

The win is Chippa’s third of the season and sees them up to ninth place on the table with nine points from their seven games.

The loss for Maritzburg is their sixth of the season and sees them firmly rooted to the bottom of the table with one point from seven games.

The first shot on goal came from Chippa in the seventh minute when Ugonna Uzochukwu fired a stinging effort wide from the edge of the box.

William Twala was the next man to try his luck in the 20th minute, but his powerful shot was brilliantly saved by the Maritzburg keeper.

The home side’s first decent effort on goal only came in the 36th minute when Deolin Mekoa unleashed a shot from just outside the box, but Daniel Akpeyi made a good save to deny him.

Five minutes later United suffered a bit of a set-back when Tawfeeq Salie had to leave the field injured and was replaced by Virgil Vries.

Maritzburg came out the better side in the second half with their first attempt on goal in the 55th minute, but Akpeyi produced a dazzling save to deny Mohammed Anas from just inside the box.

In the 74th minute Chippa took the lead when Aristide Bance turned home a pin-point pass from Erick Chipeta, 1-0.

Chippa made sure of the victory two minutes from time when a thunderous free-kick from Mark Mayambela found the back of the net, 2-0.

Maritzburg tried to find a consolation goal in the dying minutes, but walked away with nothing.

Maritzburg United will target their first win in the Absa Premiership this season when they host Chippa United at Harry Gwala Stadium on 21 October 2015, kick-off at 19h30.

Maritzburg suffered a fifth successive loss when they were beaten 4-1 at Black Aces on September 27.

The KwaZulu-Natal team has claimed one point from three home matches this season.

The Team of Choice is placed 16th on the Absa Premiership log with one point from six matches.

Chippa claimed their second win of the season when they defeated Polokwane City at home on September 25.

The Eastern Cape side has claimed zero points from three away matches this season.

The Chilli Boys are placed ninth on the Absa Premiership log with seven points from six matches.

In head-to-head stats, Maritzburg and Chippa have met in four league matches since 2012/13.

The Team of Choice is unbeaten in the sequence, with three wins and one draw.

Maritzburg have won both of their two previous home matches against Chippa, scoring five unanswered goals in the process.

Last season the Team of Choice took four points off the Chilli Boys, winning 3-0 in KwaZulu-Natal and drawing 1-1 in the return game in the Eastern Cape.

Chippa have scored just one goal in 360 minutes of league football against Maritzburg.