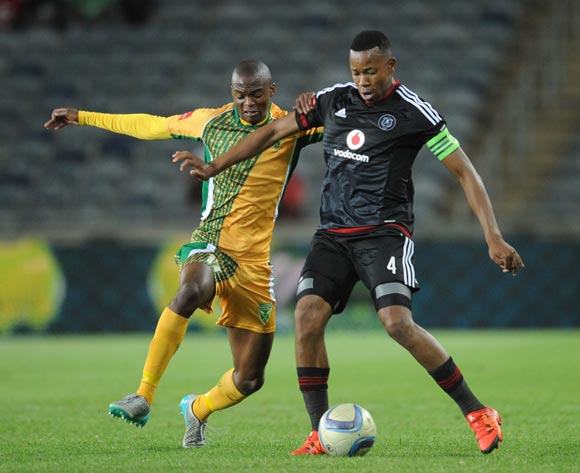 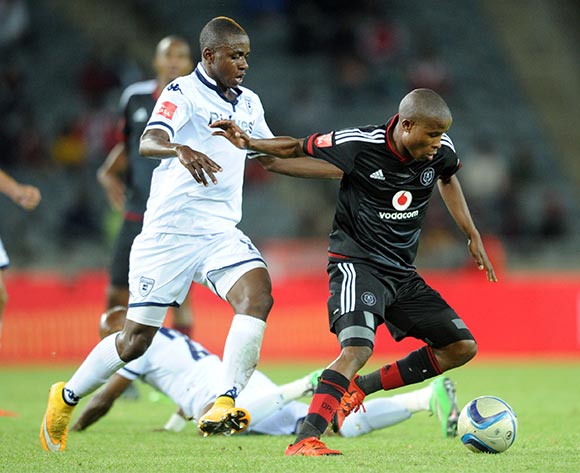 Welcome to the live play-by-play for the ABSA Premiership 2015/16 match between Orlando Pirates and Golden Arrows at Orlando Stadium.

46' The second half is underway
52' Kudakwashe Mahachi (Golden Arrows) scores!

Welcome to the live play-by-play for the ABSA Premiership 2015/16 match between Orlando Pirates and Golden Arrows at Orlando Stadium.

Golden Arrows moved into the top eight of the Absa Premiership with a surprise 2-0 win over Orlando Pirates at Orlando Stadium on Wednesday night.

Second half goals from Kudakwashe Mahachi and Gladwin Shitolo handed the Durban side the three points which sees them up to seventh place on the table with 14 points from eight matches.

Pirates, on the other hand, see their disastrous form in the league continue with this loss extending their winless run in the Absa Premiership to five matches, leaving them in a lowly 13th place on the table with five points from seven games.

It was a night of missed opportunities for the Buccaneers who controlled the game from start to finish, but could not beat ‘man of the match’ and Arrows goalkeeper Maximilian Mbaeva.

The away side in retrospect only had a few chances on goal and they grabbed them with both hands.

In the 30th minute Pirates were a bit unfortunate to see Happy Jele leave the field injured and replaced by Edwin.

Two minutes later Luvuyo Memela showed good pace to drive into the Arrows box, but Mbaeva showed real bravery to dive at the feet of the attacker and clear the ball.

Mbaeva made two more spectacular saves in the 40th minute to deny Pirates. First he stopped Erasmus from point blank range after he latched onto a cross from Memela and was then got quickly to his feet to deny Mpho Mvelase as well.

In the 52nd minute Arrows took the lead after Mahachi drove into the box from the left flank and buried the ball into the corner of the net, 1-0.

In the 66th minute Gift Motupa came close to equalising, but his 18-yard shot was saved by the fingertips of Mbaeva.

Six minutes later Mbaeva was called into action once more and he did not disappoint to close down Lehlohonolo Majoro who was through on goal.

In the 83rd minute Arrows made certain of the three points with a rare foray forward that concluded with Gladwin Shitolo driving the ball home from 16-yards out, 2-0.

Orlando Pirates will look to break their winless streak in the Absa Premiership when they host Golden Arrows at Orlando Stadium on 28 October 2015, kick-off at 19h30.

Pirates were beaten 1-0 by Bidvest Wits on October 21, extending their winless run to four matches.

The Soweto side has claimed four points from three home matches this season.

The Buccaneers are placed 11th on the Absa Premiership log with five points from six matches.

Arrows claimed their third win of the season when they beat SuperSport United 2-1 away on October 20.

The Durban side has claimed four points from three away matches this season.

Abafana Bes’thende are placed eighth on the Absa Premiership log with 11 points from seven matches.

The Buccaneers have 16 wins compared to four for Abafana Bes’thende, while eight matches have been drawn.

Pirates have won nine of their 14 home matches against Arrows, suffering just one defeat in the process.