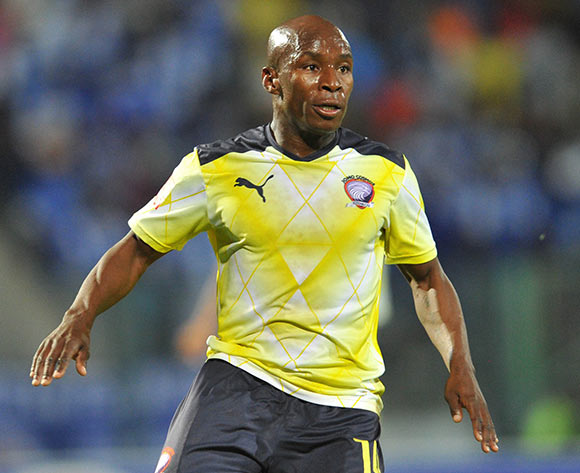 Sipho Mngomezulu of Jomo Cosmos during the Absa Premiership match between SuperSport United and Jomo Cosmos at the Lucas Moripe Stadium in Pretoria, South Africa on August 26, 2015 ©Samuel Shivambu/BackpagePix 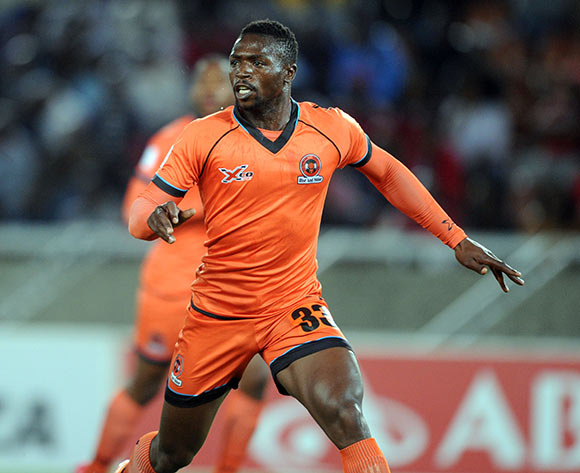 Welcome to the live play-by-play for the ABSA Premiership 2015/16 match between Jomo Cosmos and Polokwane City at Olen Park.

46' The second half is underway
61' Cole Alexander (Polokwane City) is cautioned.

Welcome to the live play-by-play for the ABSA Premiership 2015/16 match between Jomo Cosmos and Polokwane City at Olen Park.

A first half goal by Charlton Mashumba saw Jomo Cosmos bagging their maiden Absa Premiership win since their return to the Premier Soccer League when they defeated Polokwane City 1-0 at Olen Park Stadium on Saturday night.

Nkueni Mayala’s men were motivated by their midweek 0-0 draw against Mamelodi Sundowns and took the game to the hosts as they were looking for their win in the 2015/16 season.

In the first 10 minutes, both sides tried to settle down and it was the visitors who first made attempts to get an early lead when Puleng Tlolane took a shot but he and missed to the right of the target.

The hosts controlled the proceedings but failed to retain the ball and City skipper, Jabu Maluleke took a shot at goal and goalkeeper Sherwyn Naicker safely held on.

However, three minutes later, the goal scorer Mashumba responded swiftly with a shot but he couldn’t hit the target and the ball went wide.

Just after 35 minutes of action, the Zimbabwean bounced back and netted for Ezenkosi with a fine header to hand the hosts the deserved lead.

Two minutes later, Pentjie Zulu’s strike in an aim to make it two went straight to goalkeeper George Chigova and the hosts went to the dug-out leading 1-0.

In the second stanza, Nkueni Mayala’s men pushed forward and showed great sense of urgency as Siphesihle Nzimande unleashed a powerful shot in the 58th minute but it was cleared by Ndabenhle Mthembu.

Towards the 60th minute, fouls dominated the game as they disrupted the flow of in the middle of the park, however, it was the hosts who nearly grabbed the second goal when Mashumba took a direct free kick, but he failed to direct it to the posts and it flew over the bar.

Jomo Sono’s fought hard to hold on to their maiden win as they bagged the full three points, denying Mayala his first three points since taking over from Kostadin Papic.

Jomo Cosmos and Polokwane City will meet for their first Absa Premiership match against each other at Olen Park on 31 October 2015, kick-off at 20h15.

Cosmos broke a three-game losing streak by drawing 0-0 at home with Kaizer Chiefs on October 20.

The Vaal-based side has claimed two points from four home matches this season.

Ezenkosi are placed 14th on the Absa Premiership log with four points from seven matches.

Polokwane broke a two-game losing streak by drawing 0-0 at Mamelodi Sundowns on October 28.

The Limpopo side has claimed one point from four away matches this season.

Rise and Shine are placed 12th on the Absa Premiership log with six points from eight matches.

In head-to-head stats, this will be the first meeting of Jomo Cosmos and Polokwane City in the top flight league.