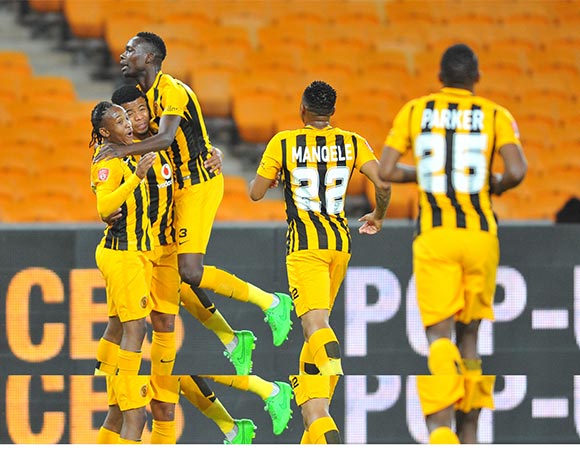 George Lebese of Kaizer Chiefs celebrates his goal with his teammates during the 2015/16 Absa Premiership football match between Kaizer Chiefs and Golden Arrows at the FNB Stadium in Johannesburg, South Africa on November 03, 2015 ©Samuel Shivambu/BackpagePix 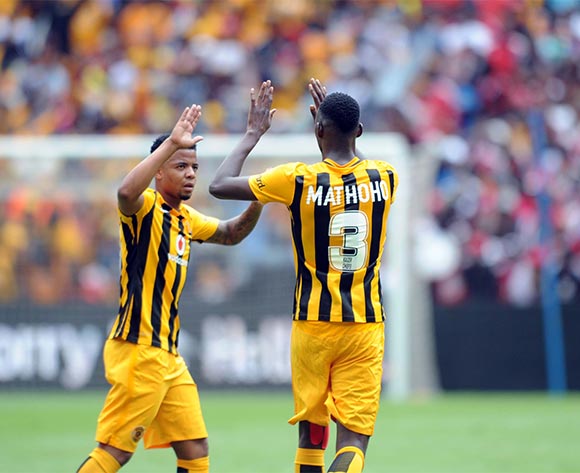 Welcome to the live play-by-play for the ABSA Premiership 2015/16 match between Kaizer Chiefs and Golden Arrows at FNB Stadium.

1' The match is underway!
5' Trevor Mathiane (Golden Arrows) is cautioned.

46' The second half is underway
48' Gladwin Shitolo (Golden Arrows) is sent off.

90' The referee blows the whistle for Full Time. Chiefs 3-1 Arrows

Welcome to the live play-by-play for the ABSA Premiership 2015/16 match between Kaizer Chiefs and Golden Arrows at FNB Stadium.

Amakhosi too strong for Arrows

Kaizer Chiefs bounced back to winning ways in the Absa premiership when they defeated the 10-man Lamontville Golden Arrows 3-1 at FNB Stadium on Tuesday night.

A first half brace by George Lebese and a second half strike by Bernard Parker gave Steve Komphela’s men the full three points as they moved up to the third spot with 17 points from 10 matches whilst Arrows sit at the seventh spot with 14 points from nine outings.

Amakhosi were awarded an early penalty when Khotso Moleko was fouled by Matome Mathiane in the box after making a great run.

Lebese converted by sending Maxmillian Mbaeva the wrong way in the sixth minute, 1-0.

After 10 minutes of action, Chiefs dominated the proceedings following their goal and kept Abafana Bes’thende on their backfoot.

A number of great touches by Steve Komphela’s men down the left nearly caught the visitors napping in the 18th minute when they made their movement into the box, but the Namibian keeper was alert and collected the dangerous ball.

Serame Letsoaka’s charges started to move the ball around after 20 minutes, but their moves were intercepted by the likes of Erick Mathoho and Moleko.

In the 23rd minute Chiefs doubled their lead when Lebese started the move to find Parker but Mbaeva punched the ball away to see it fall in the Mamelodi-born winger’s path and he finished with ease, 2-0.

The Premier Soccer League returnees spent the better part of the first half defending with Itumeleng Khune becoming a spectator.

Just after 35 minutes of play, Parker made a great run into the box but his final shot went straight to the keeper.

Arrows took the ball to Amakhosi and it was Mabhudi Khenyeza who tried a shot on the edge of the box in the dying seconds of the half, but his attempt was disappointing as it sailed over Khune’s goals.

It was 2-0 at half time for the hosts, but with three minutes into the second half Gladwin Shitolo saw red for a dangerous foul on Baloyi, leaving the visitors down to 10 men.

Two minutes after the Shitolo’s exit, Siyabonga Dube stunned Khune with a rocket on his top corner from 20-yards out, 2-1.

Hendrik Ekstein nearly caught Mbaeva in the 56th minute after a sweet pass from the left, but his effort went over the posts.

Three minutes later, Lebese was a menace for the visitors when he made his run into the box down the left, but his shot went inches wide with the keeper beaten.

Amakhosi continued to show hunger and in a counter-attack started by Lebese, Parker made it three when he received a cross from substitute Sphelele Mthembu down the left.

In the end Komphela’s men walked away with the full three points.

Amakhosi look to bounce back

Kaizer Chiefs will look to bounce back from defeat when they host Golden Arrows in the Absa Premiership at FNB Stadium on 3 November 2015, kick-off at 19h30.

Chiefs suffered their first league loss of the season when they went down 3-1 at home to Orlando Pirates on October 31.

The Soweto side has claimed seven points from four home matches this season.

The Amakhosi are placed sixth on the Absa Premiership log with 14 points from nine matches.

Arrows recorded a second successive league win when they beat Orlando Pirates 2-0 away on October 28.

The Durban side has claimed seven points from four away matches this season.

Abafana Bes’thende are placed seventh on the Absa Premiership log with 14 points from eight matches.

The Amakhosi have 15 wins compared to six for Abafana Bes’thende, while seven matches have been drawn.

Chiefs have won nine of their 14 home matches against Arrows, suffering three defeats in the process.

Arrows have not scored a goal against Chiefs in a league match since the first half of the 2011/12 season.