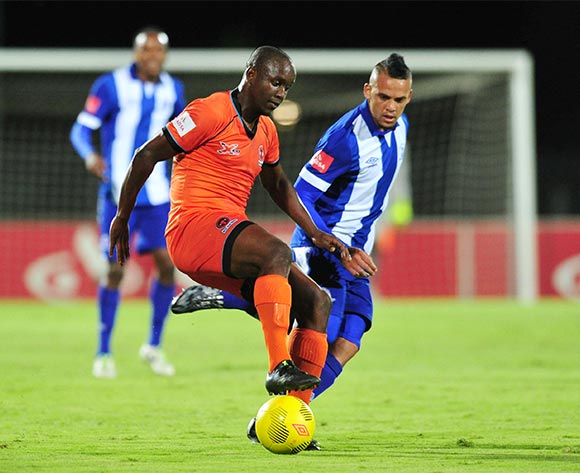 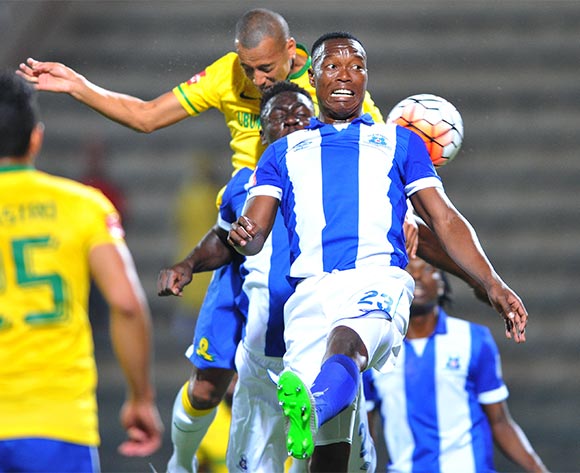 Welcome to the live play-by-play for the ABSA Premiership 2015/16 match between Maritzburg Utd. and Polokwane City at Harry Gwala Stadium.

46' The second half is underway
64' Thamsanqa Teyise (Maritzburg Utd. ) is cautioned.

90 + 3' The referee blows the whistle for Full Time. Maritzburg 1-3 Polokwane

Welcome to the live play-by-play for the ABSA Premiership 2015/16 match between Maritzburg Utd. and Polokwane City at Harry Gwala Stadium.

Maritzburg United were stunned by Polokwane City after a 90th minute goal from Puleng Tlolane handed the visitors a 3-2 win in an Absa Premiership encounter at the Harry Gwala Stadium on Tuesday night.

The result sees Maritzburg rooted to the bottom of the table with one point from nine matches while Polokwane are up to 12th place with nine points from ten matches.

As early as the first minute Mohammed Anas gave Maritzburg United the lead with a left footed goal after an assist from Evans Rusike, 1-0.

Ten minutes later Thobani Mncwango found an equalizer for Polokwane City with a right foot finish after receiving an assist from Jabulani Nene in the 11th minute, 1-1.

In the 22 minute Jabulani Nene tried to get himself on the score sheet, but his shot missed the target.

After that both teams became more cautious and this saw them going into half time locked at 1-1.

In the second half Maritzburg started on a high note once again and it was Lentjies who took a shot, but missed the target.

Jabu Maluleke delivered a great cross which found Sphesihle Nzimande who took a shot, but Tawfeeq Salie made a save.

In the 66 minutes Kurt Lentjies almost gave United a lead, but his shot went wide as well.

Evans Rusike came close into finding the back of the net for United, but George Chigova denied him with a save.

In the 82 minute Kurt Lentjies finally got his break as he found the back of the net with a right foot finish after an assist from substitute Mondli Cele, 2-1.

The celebrations did not last long as Polokwance City found an equalizer with a goal that came from Jabulani Maluleke in the 84 minute, 2-2.

In the 90th minute Puleng Tlolane spoiled United’s day as he netted a winning goal giving Polokwane City a 3-2 victory.

Maritzburg United will look to claim their first Absa Premiership win of the season when they host Polokwane City at Harry Gwala Stadium on 3 November 2015, kick-off at 19h30.

Maritzburg suffered a seventh successive league loss when they went down 3-0 away to Mamelodi Sundowns on October 31.

The KwaZulu-Natal team has claimed one point from four home matches this season.

The Team of Choice is placed 16th on the Absa Premiership log with one point from eight matches.

Polokwane suffered a third defeat from their last four league matches when they went down 1-0 away to Jomo Cosmos on October 31.

The Limpopo side has claimed one point from five away matches this season.

Rise and Shine are placed 14th on the Absa Premiership log with six points from nine matches.

In head-to-head stats, Maritzburg and Polokwane have met in four league matches since 2013/14.

United have two wins compared to City’s one, while one match has been drawn.

Maritzburg have a 100 percent home record against Polokwane, with two wins from as many matches.

Last season the Team of Choice claimed a 2-1 home win, while Rise and Shine did the same in the return game.