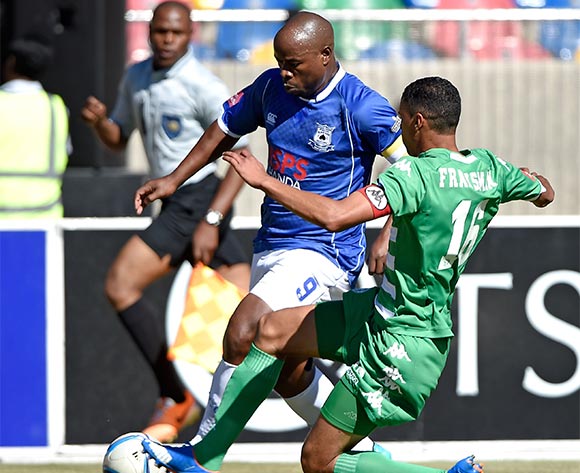 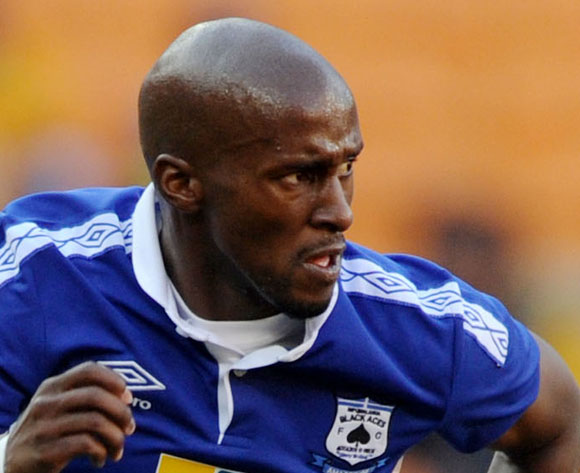 Welcome to the live play-by-play for the ABSA Premiership 2015/16 match between Bloemfontein Celtic and Black Aces at Free State Stadium.

46' The second half is underway
47' Eddie Ngalo (Black Aces) scores!

Welcome to the live play-by-play for the ABSA Premiership 2015/16 match between Bloemfontein Celtic and Black Aces at Free State Stadium.

Lebogang Manyama and Zamuxolo Ngalo were on the scoresheet as Mpumalanga Black Aces beat Bloemfontein Celtic 2-0 on Sunday.

The Absa Premiership encounter was played at the newly revamped Dr Molemela Stadium on Sunday afternoon.

The home side pressed Amazayoni in the opening stages of the game looking to grab an early goal in order to unsettle them.

However, Phunya Sele Sele were unable to unlock Aces' solid defence. In the 15th minute, Judas Moseamedi's cross was too strong for his Aces teammate Collins Mbesuma.

Amazayoni full-back Mzava then pushed forward on the half-hour mark and played a good cross for Moseamedi, who headed the ball wide.

The opening goal finally came in the 32nd minute when Aces midfielder Mpho Matsi combined with Lebogang Manyama and the latter made it 1-0 to the visitors.

Aces managed to contain Phunya Sele Sele in the remaining minutes until the match referee blew the whistle to end the first-half.

Two minutes into the second-half Celtic keeper Tignyemb parried Tshidiso Tukane's cross straight at Zamuxolo Ngalo, and the Aces midfielder made it 2-0 from close range.

Former South Africa international Thapelo Morena was afforded space to shoot on the edge of the Aces box on the hour-mark, but the winger placed his effort over the cross-bar.

In the 66th minute, Aces full-back Vincent Kobola combined with Mbesuma in the final third and the latter was well denied by Tignyemb inside the box.

Aces midfielder Mpho Matsi burst forward and played a good cross for his captain Mbesuma in the 78th minute, but ball was too strong for the bulky striker.

Utimately, Aces emerged 2-0 winners over Celtic on the day. Amazayoni moved to position three on the Absa Premiership standings following the win.

Bloemfontein Celtic will look to end their winless run in the Absa Premiership when they host Black Aces at Free State Stadium on 22 November 2015, kick-off at 15h30.

Celtic saw their winless streak extended to four matches when they drew 1-1 at SuperSport United on November 4.

The Bloemfontein side has claimed seven points from four home matches this season.

Phunya Sele Sele are placed sixth on the Absa Premiership log with 16 points from 10 matches.

Aces snapped their winless streak in the league with a 3-1 win over Jomo Cosmos on November 3.

The Mpumalanga side has claimed seven points from five away matches this season.

AmaZayoni are placed third on the Absa Premiership log with 18 points from 10 matches.

In head-to-head stats, Celtic and Aces have met in 32 league matches since 1985.

Phunya Sele Sele have 13 wins compared to nine for AmaZayoni, while 10 matches have been drawn.

Celtic have won seven of their 16 home matches against Aces, suffering three defeats in the process.

Last season Phunya Sele Sele took four points off AmaZayoni, drawing 1-1 in Bloemfontein before a 2-0 win in the return game in Mpumalanga.

Aces have not beaten Celtic in the top flight league since way back in 1995.