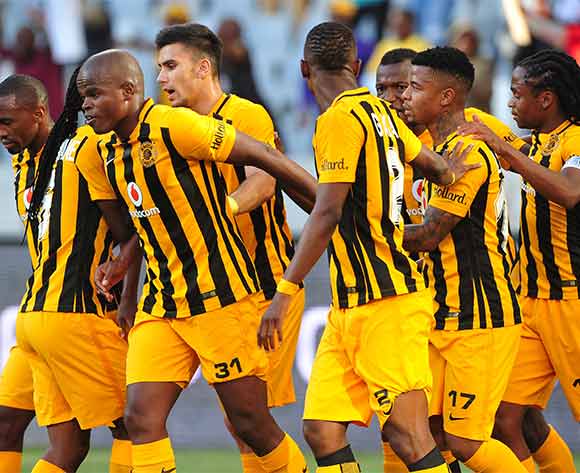 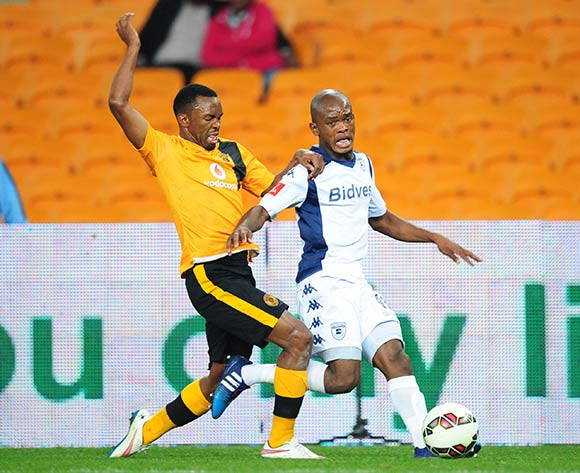 Phumlani Ntshangase of Bidvest Wits challenged by Bernard Parker of Kaizer Chiefs during the Absa Premiership 2014/15 match between Kaizer Chiefs and Bidvest Wits at the FNB Stadium, Johannesburg on the 06 May 2015 ©Muzi Ntombela/BackpagePix

Welcome to the live play-by-play for the ABSA Premiership 2015/16 match between Kaizer Chiefs and Bidvest Wits at FNB Stadium.

46' The second half is underway
61' Jabulani Shongwe (Bidvest Wits) is cautioned.

Welcome to the live play-by-play for the ABSA Premiership 2015/16 match between Kaizer Chiefs and Bidvest Wits at FNB Stadium.

The young defender’s second-half goal – the first of his top flight career – proved to be the difference between the teams as the Amakhosi cut the gap between themselves and Wits to just five points, while also moving into third place on the log.

The defeat for the Clever Boys means they may not end 2015 at the summit of the standings: they will be leapfrogged by Mamelodi Sundowns if the Brazilians beat Orlando Pirates on Sunday.

After an evenly-matched opening quarter of an hour, Chiefs opened the scoring from the penalty spot. Midfielder Willard Katsande converted the penalty – doing what Siphiwe Tshabalala and Camaldine Abraw could not in midweek in the Telkom Knockout final – after the Togolese striker had been fouled in the box.

Yet the home side’s lead was relatively short-lived, with Wits equalising in the 33rd minute through a route-one goal which saw Moeneeb Josephs’ long ball catch out Chiefs’ defence and allow Daine Klate to easily lob goalkeeper Reyaad Pieterse to make it 1-1.

Chiefs suffered a further blow late in the half when forward Bernard Parker was forced off the pitch with a knee injury. George Maluleka came off the bench to replace him shortly before the interval.

The second half was as tightly-contested as the first, with both teams having only glimpses of the goal for the first 20 minutes or so. Wits then had a strong appeal for a penalty turned down by the referee after Siyabonga Nhlapo appeared to be tripped by Morgan Gould when trying to get onto Sibusiso Vilakazi’s through ball.

With 20 minutes to play the Clever Boys created the first clear scoring chance of the second half when Phakamani Mahlambi used his pace to get in behind the Chiefs defence and played a short pass for Vilakazi, whose shot to the near post was turned away by Pieterse.

With Wits looking set to take control of the game, they suddenly found themselves behind in the 73rd minute when Lorenzo Gordinho scored his first official goal for Chiefs. The young defender turned the ball home on the goal line after Moeneeb Josephs could only get his fingertips to a looping header from Gould at a corner kick.

That proved to be the decisive moment of the match, with Wits dominating the remainder of the game but unable to find a way past the home side’s resilient defence.

Kaizer Chiefs will look to dent the Absa Premiership title hopes of Bidvest Wits when the teams meet at Cape Town Stadium on 19 December 2015, kick-off at 18h00.

Chief recorded their sixth draw of the season (the most of any team) when they were held 1-1 at Maritzburg United on November 21.

The Soweto side has claimed 10 points from five home matches this season.

The Amakhosi are placed fourth on the Absa Premiership log with 18 points from 11 matches.

Wits claimed their eighth win of the season, and a third in succession, when they defeated Golden Arrows 3-2 at home on November 21.

The Johannesburg side has claimed 10 points from five away matches this season.

The Clever Boys are placed first on the Absa Premiership log with 26 points from 11 matches.

In head-to-head stats, Chiefs and Wits have met in 58 league matches since 1985.

The Amakhosi have 28 wins compared to 11 for the Clever Boys, while 19 matches have been drawn.

Chiefs have won 11 of their 28 home matches against Wits, suffering nine defeats in the process.

The Amakhosi beat the Clever Boys 3-0 away last season, but lost 2-1 at home in the return game.

These teams have played to just one goalless stalemate in their last 21 league meetings.