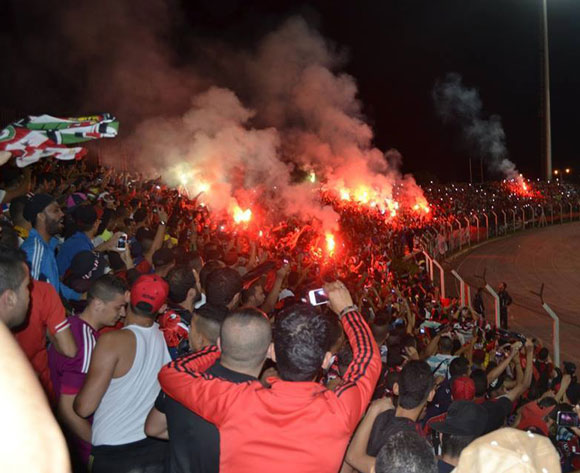 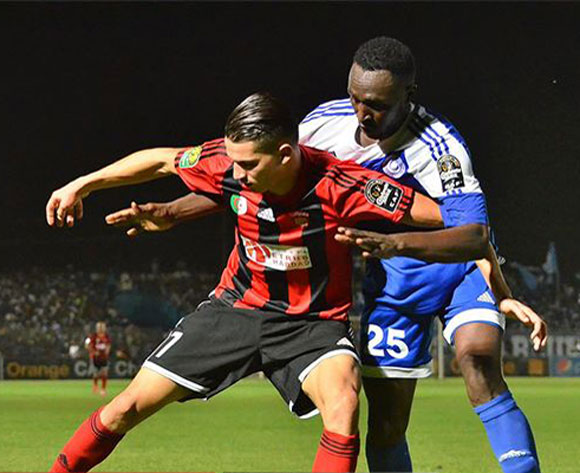 USM Alger qualified for their first ever CAF Champions League final on Saturday, after playing to a goalless draw with Al Hilal in Bologhine in the return leg of their semifinals tie.

The 2-1 win in Omdurman in the first leg proved enough to take them through on aggregate.

USMA started the better of the two sides, coming close to opening the scoring through Mohamed Meftah, Mohamed Amine Aoudia and Karim Baiteche in the first 30 minutes of the game.

However, the visitors started to wake up halfway through the first half, with the ‘Red and Black’ slowly losing composure.

The two teams went into the break on level terms after failing to produce any sort of exciting football.

With a place in the final of Africa’s foremost club competition up for grabs, the atmosphere remained edgy and tense at Stade Omar Hamadi in the second half.

Hilal’s Malian centre-back Souleymane Konaté almost deflected the ball into his own net at the restart, while first leg hero Mohamed Lamine Zemmamouche had to produce the goods again to deny Abdellatif Boya five minutes from time.

Mohamed Meftah’s opener deep into stoppage time was ruled out for an off-side position, which ultimately didn’t spoil the party.

The ‘Red and Black’ will battle TP Mazembe or Al Hilal’s fellow Khartoum giants Al Merreikh for the continental crown.

USM Alger are 90 minutes away from a place in the CAF Champions League final as they take a 2-1 advantage into the second leg of their semifinal tie against Al Hilal in Bologhine on Saturday.

One goal down after just two minutes in Omdurman in the first leg last Sunday, courtesy of Sudan international striker Mudather Eltaib El Tahir, the Algerians managed to level matters ten minutes later through Mohamed Amine Aoudia before scoring the winner in the 67th minute, thanks to first-half substitute Karim Baïtèche.

Al Hilal dominated most of the match, but a world-class performance from USMA keeper Mohamed Lamine Zemmamouche, who saved a penalty in the second half, inspired the visitors to a major upset.

The ‘Red and Black’ will now be looking to finish the job in front of their home crowd, in their bid to reach their first continental final ever.

“We have not qualified yet, we have 90 minutes left to play,” Algeria U-23 international midfielder Mohamed Benkhemassa told competition.dz.

“We faced a very good Al Hilal side and we are expected a tough game in Algiers. We need to give 100 percent to seal our ticket for the final of the prestigious continental competition,” he added.

USMA coach Miloud Hamdi will have to cope with the absence of playmaker Kaddour Beldjilali, who suffered an early shoulder injury in the first leg.

However, the Khartoum giants still believe in their chances to qualify for their third final in the competition, having already recorded a runners-up finish in the 1987 and 1992 editions.

“The defeat in Khartoum dented our chances, but the qualification remains within our reach,” Hilal boss Nabil El-Kouki toldcompetition.dz.

“In my opinion, we have what it takes to win in Algiers.”