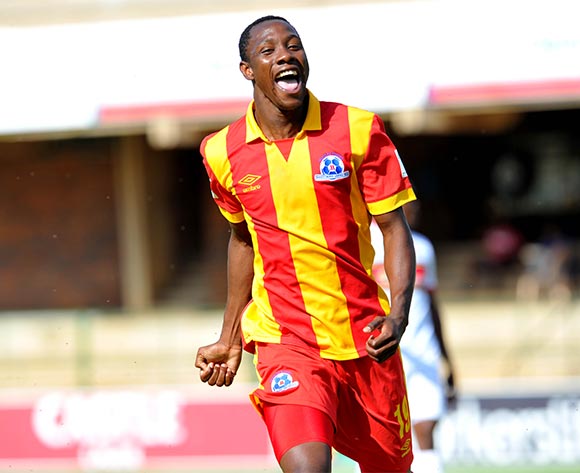 Evans Rusike of Maritzburg United celebrates his goal during the Absa Premiership match between University of Pretoria and Maritzburg United at the Tuks Stadium in Pretoria, South Africa on November 08, 2015 ©Samuel Shivambu/BackpagePix 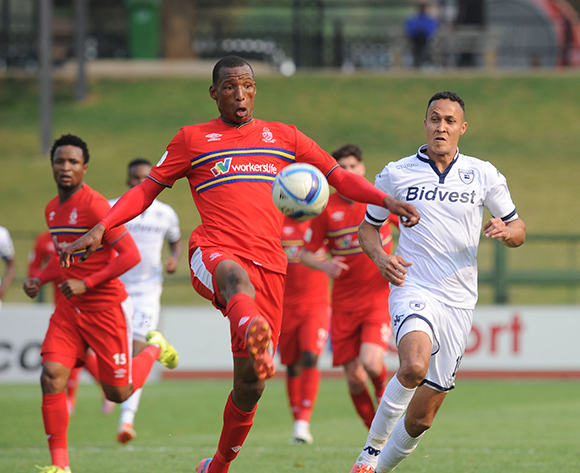 Welcome to the live play-by-play for the ABSA Premiership 2015/16 match between University of Pretoria and Maritzburg Utd. at TUKS Stadium.

45' The second half is underway
59' University of Pretoria: Vuyisile Ntombayithethi replaces Bongani Nyathi

Welcome to the live play-by-play for the ABSA Premiership 2015/16 match between University of Pretoria and Maritzburg Utd. at TUKS Stadium.

There was a sense of satisfacation and hope as Maritzburg United recorded their first Absa Premiership victory this season as they beat University of Pretoria 1-0 at the Tuks Stadium on Sunday.

An early goal in the 12th minute by Evans Rusike saw United holding on till the end as they walked out victorious.

It was the home team that had started with the attacking football as star man Thabo Mnyamane took an early chance but his shot missed the target.

In the 12th minute Evans Rusike netted for Maritzburg, giving them a 1-0 lead after an assist from striker Mohammed Anas.

Then Thabo Mnyamane produced a great cross which found Atusaye Nyondo, but Tawfeeq Salie made a good save after 15 minutes.

Ashley Hartog also tried to double the score line, but his left footed shot went wide of goal. Khethukuthula Zwane also came close to finding an equalizer in the 38th minute but his shot missed the target.

In the second half Tawfeeq Salie made a good save denying Bacela a goal and Atusaye Nyondo's shot missed the target after 73 minutes.

Towards the dying minutes, Partson Jaure gave United's defenders a hard time, but Salie ensured that nothing went past him as they recorded their first victory this season.

University of Pretoria and Maritzburg United will both look to turn their Absa Premiership seasons around when they meet at Tuks Stadium on 8 November 2015, kick-off at 15h30.

University of Pretoria suffered their fifth league loss when they went down 2-0 at home to Platinum Stars on November 01.

The Tshwane side has claimed three points from four home matches this season.

AmaTuks are placed 15th on the Absa Premiership log with five points from eight matches.

Maritzburg suffered an eighth successive loss when they went down 3-2 at home to Polokwane City on November 3.

The KwaZulu-Natal team has claimed zero points from four away matches this season.

The Team of Choice is placed 16th on the Absa Premiership log with one point from nine matches.

In head-to-head stats, Tuks and Maritzburg have met in six league matches since 2012/13.

The teams have a dead-even record: one win apiece, four draws, five goals scored each.

Tuks have won one, drawn one and lost one of their three home matches against United.

Last season the Pretoria team took four points off their Pietermaritzburg rivals, drawing 0-0 in KwaZulu-Natal before claiming a 1-0 win in the reverse fixture.