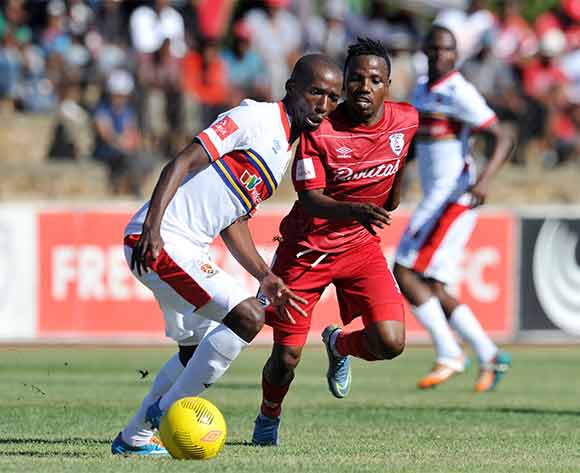 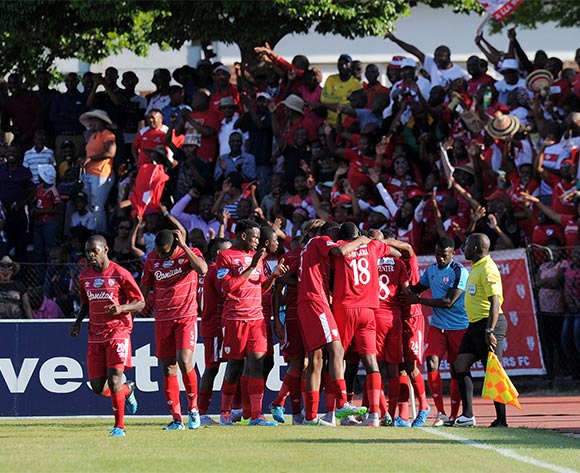 Danny Venter of Free State Stars celebrates his goal with teammates during the 2015 Telkom Knockout match between Free State Stars and Bidvest Wits at Goble Park Stadium, Bethlehem on the 03 October 2015 ©Muzi Ntombela/BackpagePix

Welcome to the live play-by-play for the ABSA Premiership 2015/16 match between Free State Stars and University of Pretoria at Goble Park Stadium.

Welcome to the live play-by-play for the ABSA Premiership 2015/16 match between Free State Stars and University of Pretoria at Goble Park Stadium.

Goals in each half by Danny Venter and Lennox Bacela saw Free State Stars and University of Pretoria settling for a 1-1 draw during the only Absa Premiership tie at Goble Park Stadium on Sunday afternoon.

Following the draw, Ea Lla Koto now occupy the 10th spot with 12 points from 10 matches, whilst Sammy Troughton’s men are placed at the 15th spot with six points.

The visitors dictated terms in the opening stages of the encounter and Mrisho Ngassa unleashed a shot after seven minutes but it went wide of Washington Arubi’s goals.

In the 10th minute, Tebogo Monyai nearly bagged an opener as he connected with the ball from the left but the veteran’s attempt was not strong enough to trouble goalkeeper Daouda Diakite.

In an aim to put the hosts ahead, Moeketsi Sekola tried his luck from the d-line but his well taken shot went wide over the woodwork and after 20 minutes in the match, an in swinger from a corner by Mpho Maruping was cleared on the line by Ea Lla Koto’s Themba Shabalala.

In the 36th minute, Danny Venter managed to break the deadlocked and scored his third goal in the league, his brilliant first touch allowed him to take a wonderful left footed shot beating Arubi on the far corner.

Ernst Midendorp’s men went to the tunnel enjoying the slender lead and it was Arubi who was called to action when he saved Ngassa’s attempt two minutes into the second half.

In the 55th minute, Andrea Fileccia wasted a beautiful chance to double their lead in the box as he blasted his shot over Arubi’s goals, and two minutes later Bacela converted a great cross from substitute Getaneh Kebede down the left flank. The ex-Orlando Pirates man outjumped Justice Chabalala and scored with a fine header.

Masehe rose above the rest and failed to hit the target in the 64th minute and in their response, Tuks saw their goal disallowed, although television replays showed the ball to have crossed the goal line before Diakite made a save.

With less than 15 minutes remaining on the clock, the hosts lacked the hunger they displayed in the opening half and winger Bokang Thlone nearly claimed the lead for the hosts but saw his shot hit the side of the net in the 79th minute.

Free State Stars will look to add to University of Pretoria’s struggles in the Absa Premiership when the teams meet at Goble Park on 13 December 2015, kick-off at 15h30

Stars suffered their first league defeat since August when they went down 3-1 away to Mamelodi Sundowns on November 21.

The Free State Side has claimed five points from four home matches this season.

Ea Lla Koto are placed 13th on the Absa Premiership log with 11 points from nine matches.

University of Pretoria suffered their sixth defeat of the season when they were beaten 1-0 at home by Maritzburg United on November 8.

The Tshwane side has claimed two points from four away matches this season.

AmaTuks are placed 15th on the Absa Premiership log with five points from nine matches.

In head-to-head stats, Stars and Tuks have met in six league matches since 2012/13.

Ea Lla Koto have two wins compared to one for AmaTuks, while three matches have been drawn.

Stars have an unbeaten home record against Tuks, with one win and two draws from three matches.

Last season Ea Lla Koto took four points off AmaTuks, winning 1-0 in Pretoria before playing out a 1-1 draw in the return game.

The three matches in which Stars have hosted Tuks have produced just three goals.