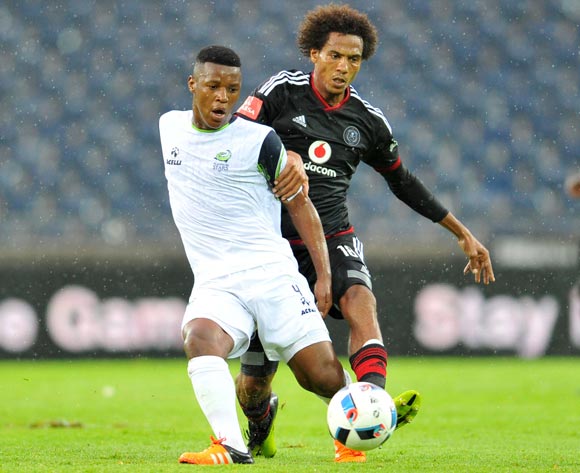 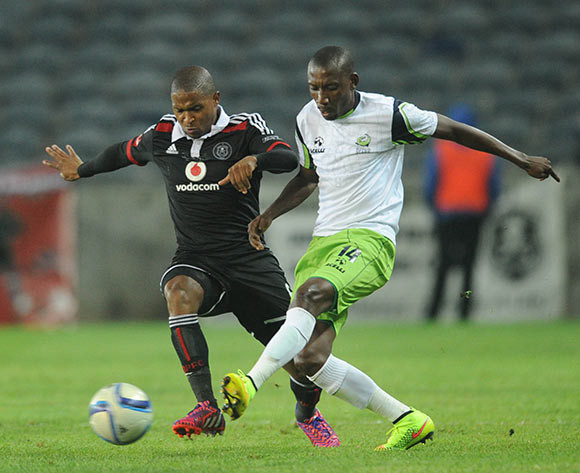 Welcome to the live play-by-play for the ABSA Premiership 2015/16 match between Orlando Pirates and Platinum Stars at Orlando Stadium.

1' The match is underway!
17' Tshepo Gumede (Orlando Pirates) is cautioned.

46' The second half is underway
48' Ndumiso Mabena (Platinum Stars ) scores!

Welcome to the live play-by-play for the ABSA Premiership 2015/16 match between Orlando Pirates and Platinum Stars at Orlando Stadium.

A first half goal by Issa Sarr and a second half equaliser from Ndumiso Mabena allowed Orlando Pirates and Platinum Stars to share the spoils as they played to a 1-1 draw in an Absa Premiership match at Orlando Stadium on Saturday afternoon.

Following the draw, the Buccaneers now occupy 12th spot on the table with 12 points whilst Dikwena are placed at position five with 20 points.


Although the hosts started better, they failed to create clear cut chances in the opening ten minutes with Dikwena trying to close down the spaces in the midfield.

However, in the 17th minute Robert Ng’ambi showed his class when he made a good run towards Pirates’ final third, but defender Tshepo Gumede stopped him in his tracks.

Two minutes later skipper Thabo Matlaba nearly broke the deadlock after making a great run from the heart of the park only to see his shot going wide.

Although the rain poured heavily, Dikwena also fought hard to get an early lead and Sibusiso Msomi’s attempt to catch Siyabonga Mpontshane off his line was saved by the keeper.

As the match approached the half hour mark, Pirates forged forward in search of a lead through Matlaba. He broke free down the left but his shot lacked power as Mbongeni Mzimela gathered with ease.

In the 34th minute, Eric Tinkler’s men found the back of the net when Dikwena’s defence failed to deal with a cross - the ball fell for Mpho Makola who passed it to the unmarked Issa Sarr and he easily beat Mzimela, 1-0.

It was 1-0 at the interval and the Rustenburg side came back stronger in the other half, aiming to get something out of the encounter.

Despite the rain pouring heavily, the game produced more injuries and set pieces due to the wet surface, however, both sides were good in defending.

In the 66th minute, Sarr nearly scored a brace when he rose head and shoulders above the rest, but he failed to hit the target.

With 15 minutes remaining on the score board, Dikwena were reduced to 10-men after their captain Vuyo Mere was shown his second yellow card for time wasting.

Tinkler introduced the enterprising Thabo Qalinge replacing Mpho Makola in the last 10 minutes. The speedy winder made an immediate impact and gave the visitors trouble down the left flank as he made a great move cutting inside, but his attempt at goal went straight to Mzimela.

In the last six minutes, the Sea Robbers kept Stars in their own half aiming to bag a winner as Erasmus saw his shot flying over the posts after a brilliant run.

Despite dominating Dikwena in the dying minutes of the encounter, Pirates could not convert their chances and both sides settled for the draw.

Bucs look for positive start to 2016

Orlando Pirates will look to get 2016 off to a positive start in the Absa Premiership when they host Platinum Stars at Orlando Stadium on 9 January 2016, kick-off at 15h30.

Pirates suffered their fifth league defeat of the season when they were beaten 2-0 at Mamelodi Sundowns on December 20.

The Soweto giants have claimed four points from as many home matches this season.

The Buccaneers are placed 13th on the Absa Premiership log with 11 points from 10 matches.

Stars saw their winless run extended to three matches when they were held to a 1-1 draw at home by Maritzburg United on December 20.

The Rustenburg side has claimed 11 points from six away matches this season.

Dikwena are placed fifth on the Absa Premiership log with 19 points from 11 matches.

The Buccaneers have 14 wins compared to one for Dikwena, while nine matches have been drawn.

Pirates have won six of their 12 home matches against Stars, suffering one defeat in the process.

Last season Bucs took four points off Dikwena, winning 2-0 away in Rustenburg before being held to a 3-3 home draw in the return game.

The teams have not played out a goalless draw in any of their last nine league meetings.