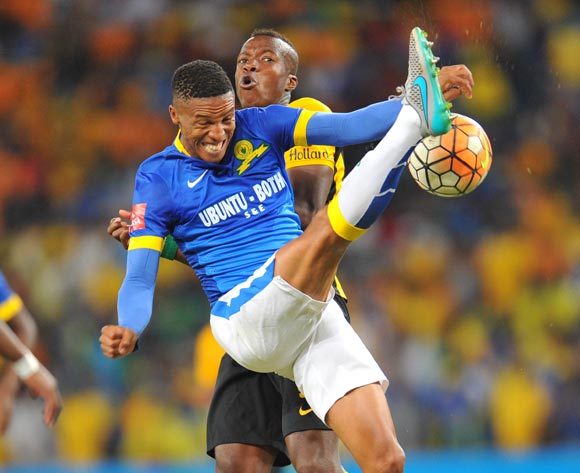 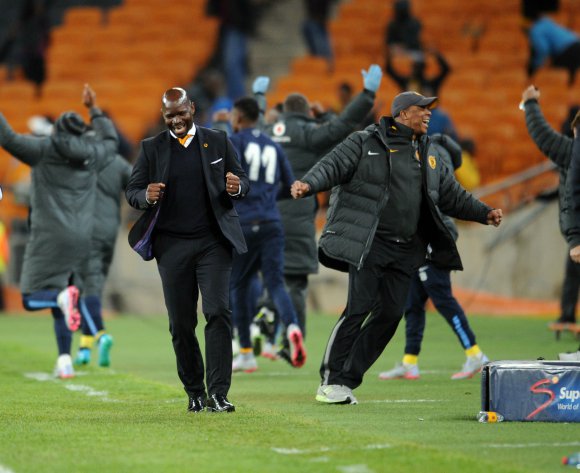 Welcome to the live play-by-play for the ABSA Premiership 2015/16 match between Kaizer Chiefs and Mamelodi Sundowns at FNB Stadium.

Good evening and welcome to the live Play by Play for the Absa Premiership clash between Kaizer Chiefs and Mamelodi Sundowns from the FNB Stadium in Soweto.
Itumeleng Khune has failed to make the Chiefs match days squad. Pieterse continues in goal. Erick Mathoho starts in defence, Abraw up front.
The exciting duo of Billiat and Dolly start for Sundowns. Mphahlele at right-back.
1' The match is underway!
2' Sundowns in blue attacking the goal to the right, Chiefs in their traditional black in gold playing from right to left in the first-half.
4' Cagey start to the clash. Chiefs enjoying more of the possession. Steve Komphela already on his feet - he knows how important this clash it.
6' Bad news for Chiefs. Lebese has gone down injured, being stretchered off.
8' Encouraging passage of play by Sundowns who keep the ball well, forcing Chiefs deep in their half. Pieterse reliefs the pressure as he gathers a ball into the area.
10' Kaizer Chiefs: Matovu Sula replaces George Lebese

11' Early blow for Chiefs as Lebese is forced off the field. Uganda international Matovu takes his place.
15' Corner-kick for Sundowns cleared by Chiefs, ball played back into the danger area, Zungu goes down but the Amakhosi win the free-kick.
18' Maluleka through on goal, but the assistants flag is raised for offside.
23' Nothing to write home about just yet, both teams pretty cautious in the early exchanges.
28' Both teams guilty of giving the ball away cheaply as we approach the half-hour mark in Soweto. Neither keeper forced into a save just yet.
29' Abraw settles himself before directing a shot on target, easy save for Onyango.
34' Following a few moments of end to end football, a more cautious tempo has resumed.
35' Onyango down in a heap following a clash with Abraw. Shabba puts the ball in the back of the net but the referee has blown his whistle.
36' Pitso Mosimane uses the break in play to chat to a few of his players. He will be hoping for more urgency going forward.
41' Ball played over the top for Abraw, but Onyango is quick off his line to gather.
44' Corner-kick played in by Shabba for Kaizer Chiefs, Abraw attacks it, but Sundowns defend well.
45' Two minutes to be added.
45 + 3' The referee brings the first half to an end.

46' The second half is underway
47' Immediate impact made by Ngele who wins a corner-kick for Sundowns.
48' Chiefs clear from danger and the counter-attack is on. Abraw shakes off Nthethe but is unable to direct his effort on target.
51' Free-kick for Sundowns, Ngele standing over it. The Botswana international goes for goal himself but its straight into the Chiefs wall. A waste.
55' Abraw has been a real menace this evening, but Nthethe has done well against the burly Togo international and marshal's him into touch.
57' Hlompho Kekana (Mamelodi Sundowns) is cautioned.

59' MISS! Huge miss by Maluleka. Shabba pics him out with a superb pass, but the midfielder fails to hit the target with the goal at his mercy.
60' Thabo Nthethe (Mamelodi Sundowns) is cautioned.

66' Break in play as the rain starts to pour down at the FNB Stadium. Komphela taking the time to speak to captain Shabba.
71' Corner-kick for Mamelodi Sundowns, their third of the game, and again its well defended by Chiefs.
72' Save! Great save by Pieterse to deny Billiat before Kekana blazes the rebound over the crossbar.
73' Kaizer Chiefs: Hendrick Ekstein replaces Matovu Sula

82' CHANCE! Kekana picks out Arendse who directs his header into the side-netting. What a chance for the defender to redeem himself for That own goal at Loftus.
85' POST! Langerman lets fly from way out, Pieterse stranded as the ball canon's off the crossbar.
90' Six minutes added.
90 + 2' Kaizer Chiefs: Edward Manqele replaces Camaldine Abraw

Welcome to the live play-by-play for the ABSA Premiership 2015/16 match between Kaizer Chiefs and Mamelodi Sundowns at FNB Stadium.

Bidvest Wits will have an opportunity to move top of the Absa Premiership standings on Sunday after Kaizer Chiefs and Mamelodi Sundowns played to a goalless draw at the FNB Stadium on Saturday evening.

The two South African giants came to life in the second-half in Soweto, but failed to convert chances at either side of the park as they shared the spoils.

A rather cagey opening 45 minutes was followed by an end to end battle after the break.

Camaldine Abraw was the only threat in the first stanza, but after George Maluleka missed a glorious chance just short of the hour, the game jumped into life.

The Amakhosi midfielder failed to convert with just Denis Onyango to beat after Siphiwe Tshabalala put him straight through on goal - the former Ajax Cape Town man seemed to be caught in two minds as he fluffed his effort with the goal at his mercy.

Maluleka was almost left ruing his blooper soon after as Khama Billiat forced Reyaad Pieterse into a smart save at his near post before Hlompho Kekana directed the rebound over the crossbar.

Tebogo Langerman nearly emerged as the unlikely hero with the fullback unlucky to see his stinging drive canon off the woodwork on 85 minutes. What looked a speculative effort, almost turned out to be the winning goal - Pieterse watched in disbelief as the ball crashed into the crossbar and away from danger.

The result leaves Chiefs five points off the pace.

Absa Premiership title contenders Kaizer Chiefs and Mamelodi Sundowns will clash at the FNB Stadium on 9 January 2016, kick-off at 20h15.

Chiefs have picked up seven points from the last nine up for grabs and beat Bidvest Wits 2-1 at home on December 19.

The Soweto giants have claimed 13 points from six home matches this season.

The Amakhosi are placed fourth on the Absa Premiership log with 21 points from 12 matches.

Sundowns recorded a fourth successive league win when they defeated Orlando Pirates 2-0 at home on December 20.

The Tshwane side has claimed 10 points from six away matches this season.

The Brazilians are placed first on the Absa Premiership log with 26 points from 12 matches.

In head-to-head stats, Chiefs and Sundowns have met in 60 league matches since 1985.

The Amakhosi have 25 wins compared to 18 for the Brazilians, while 17 matches have been drawn.

Chiefs have won 16 of their 30 home matches against Sundowns, suffering five defeats in the process.

Last season the Amakhosi took four points off the Brazilians, drawing 1-1 at home before winning 1-0 away in Tshwane.