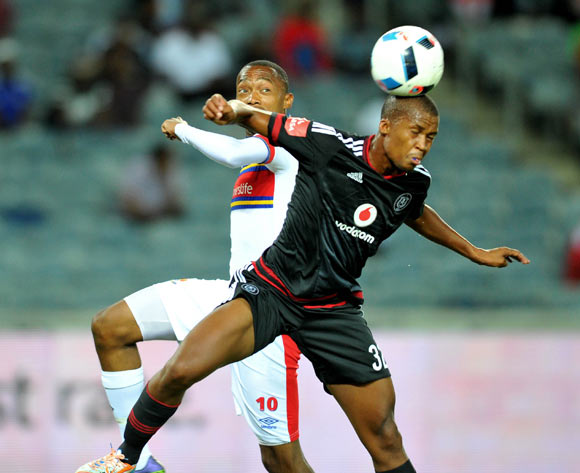 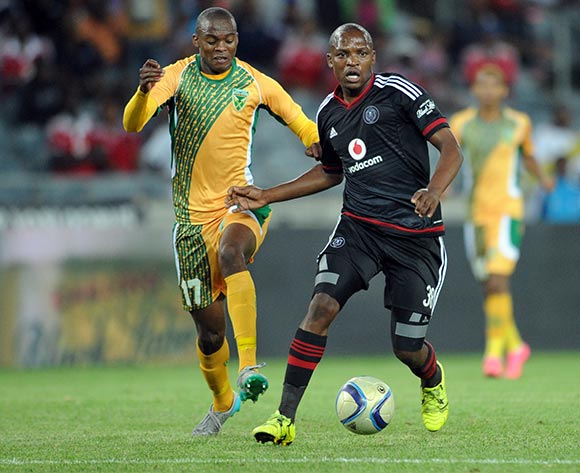 Welcome to the live play-by-play for the ABSA Premiership 2015/16 match between Orlando Pirates and University of Pretoria at Orlando Stadium.

1' The match is underway!
37' Mpho Maruping (University of Pretoria) is cautioned.

46' The second half is underway
47' Thabo Matlaba (Orlando Pirates) scores!

Welcome to the live play-by-play for the ABSA Premiership 2015/16 match between Orlando Pirates and University of Pretoria at Orlando Stadium.

The Buccaneers were in danger of being joined on the same points tally by AmaTuks in a match somewhat cheekily dubbed a ‘relegation six-pointer’ in the build-up, but the victory sees them move into the top 10 of the standings while the Pretoria side remains second from bottom.

Pirates created a couple of early chances for Kermit Erasmus and Issa Sarr – neither of which they were able to capitalise on – but the first clear opportunity went the way of former Bucs player Lennox Bacela, who shot straight at Brighton Mhlongo after cutting inside from the left.

Midway through the first half the Soweto side almost claimed the lead through Erasmus, who arrived the near post to turn a cross on target but was denied by a sharp reaction save from goalkeeper Washington Arubi.

Just a minute later Pirates needed Mhlongo to make an excellent double save, denying Bacela and Thabo Mnyamane in quick succession, while on 35 minutes the young ‘keeper again saved his team by touching the latter attacker’s long-range shot onto the post.

Tuks’ missed opportunities in the first half came back to haunt them early in the second, with Thabo Matlaba breaking the deadlock in the 47th minute to put Bucs 1-0 up. The overlapping left-back ran onto a perfectly-weighted pass from Erasmus and fired the ball into the back of the net via the underside of the crossbar, giving Arubi no chance of making a save.

The goal gave Pirates the confidence to go on and dominate the game, but they spurned several good opportunities to add to their advantage, with the best seeing Erasmus fluff a shot at close range after he had been well picked out from the by-line by Thabo Rakhale in the 67th minute.

The hosts finally wrapped up the game in the 85th minute when Sifiso Myeni arrived late in the box to fire home a loose ball after Tuks’ defence failed to clear a dangerous cross from another overlap by Matlaba.

Orlando Pirates will look to improve their form in the Absa Premiership when they host University of Pretoria at Orlando Stadium on 13 January 2016, kick-off at 19h30.

Pirates’ first result of 2016 saw them held to a 1-1 home draw by Platinum Stars on January 9.

The Soweto giants have claimed five points from as many home matches this season.

The Buccaneers are placed 12th on the Absa Premiership log with 12 points from 11 matches.

University of Pretoria broke a nine-game winless streak with a 1-0 victory over Jomo Cosmos on January 9.

The Tshwane side has claimed three points from five away matches this season.

AmaTuks are placed 15th on the Absa Premiership log with nine points from 12 matches.

In head-to-head stats, Pirates and Tuks have met in six league matches since 2012/13.

The Buccaneers have two wins compared to one for AmaTuks, while three matches have been drawn.

Pirates are unbeaten at home against the University side, with one win and two draws from three matches.

Last season the teams played to two goalless stalemates in their league meetings.

Just two goals have been scored in the teams’ last five league matches against each other.