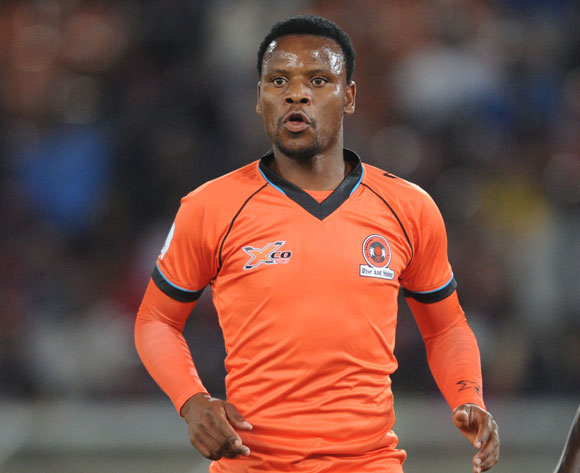 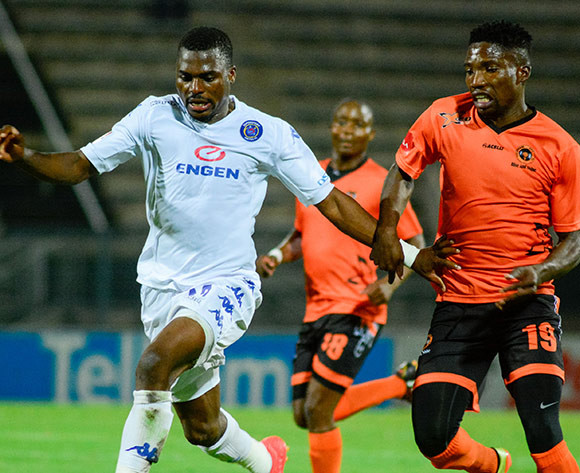 Welcome to the live play-by-play for the ABSA Premiership 2015/16 match between Polokwane City and SuperSport Utd at Old Peter Mokaba Stadium.

Welcome to the live play-by-play for the ABSA Premiership 2015/16 match between Polokwane City and SuperSport Utd at Old Peter Mokaba Stadium.

Polokwane got off to a flying start and found themselves 2-0 up inside the first 16 minutes thanks to a brace from Thobani Mncwango. He first headed home a cross from Lebohang Motumi to make it 1-0, before doubling the advantage a short while later with a left-footed shot after good work from Jabu Maluleke.

SuperSport were rocked by their opponents’ fast start but gradually settled into the game and gave themselves a lifeline on 27 minutes when Jeremy Brockie pulled a goal back, converting in the box after an assist from Clayton Daniels.

United made changes early in the second half, first introducing new signing Mark Mayambela for his debut before adding David Mathebula to the mix in midfield, but they continued to struggle against a determined Rise and Shine.

Even the final substitution for the visitors – which saw defender Luvolwethu Mpeta make way for forward Bradley Grobler – failed to yield the desired results, with Polokwane extending their advantage to 4-1 after two further goals from Mncwango in the 82nd and 88th minutes.

SuperSport could have pulled a further goal back late on when they were awarded a penalty for a foul on Dove Wome in the box, but Polokwane goalkeeper George Chigova denied Brockie from the spot.

Polokwane City will be out to avoid a hat-trick of Absa Premiership defeats when they host SuperSport United at the Old Peter Mokaba Stadium on 16 January 2016, kick-off at 15h30.

Polokwane suffered a second successive defeat when they were beaten 1-0 at Black Aces on January 9.

The Limpopo side has claimed eight points from five home matches this season.

Rise and Shine are placed 13th on the Absa Premiership log with 12 points from 13 matches.

SuperSport extended their unbeaten run in the league to six matches with a 2-2 draw at home to Maritzburg United on January 10.

The Tshwane side has claimed 11 points from six away matches this season.

Matsatsantsa are placed eighth on the Absa Premiership log with 17 points from 13 matches.

In head-to-head stats, Polokwane and SuperSport have met in four league matches since 2013/14.

Matsatsantsa boast an unbeaten record in the sequence, with two wins and two draws.

Polokwane’s two home matches against United have seen them record a 1-1 draw and 2-1 loss.

Last season Matsatsantsa took four points off Rise and Shine, drawing 1-1 in Tshwane before claiming a 2-1 away win on the final day of the campaign.