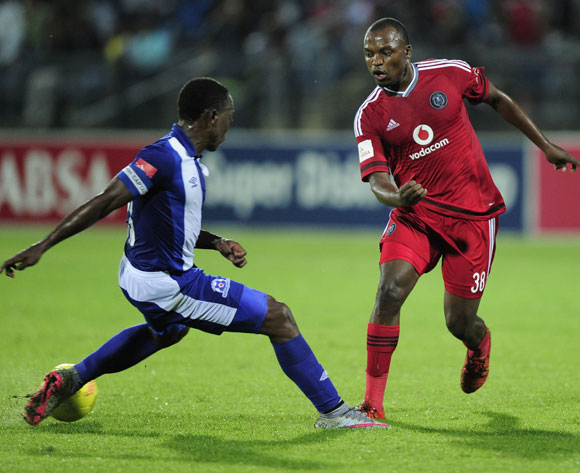 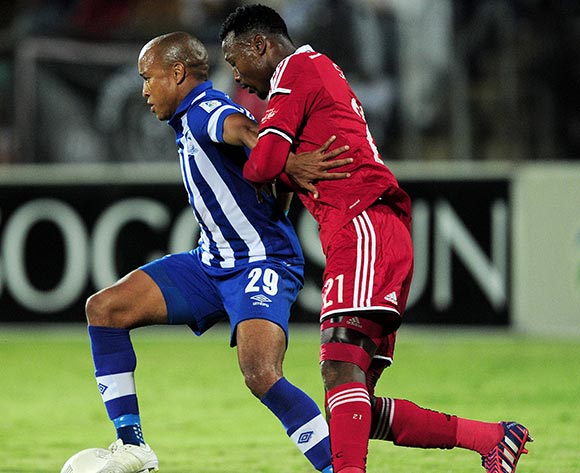 Welcome to the live play-by-play for the ABSA Premiership 2015/16 match between Maritzburg Utd. and Orlando Pirates at Harry Gwala Stadium.

1' The match is underway!
6' Ntsikelelo Nyauza (Orlando Pirates) is cautioned.

46' The second half is underway
53' Thabo Matlaba (Orlando Pirates) scores!

Welcome to the live play-by-play for the ABSA Premiership 2015/16 match between Maritzburg Utd. and Orlando Pirates at Harry Gwala Stadium.

Maritzburg United wasted the chance to escape the relegation zone when they drew 3-3 to Orlando Pirates after having been 3-0 up at the Harry Gwala Stadium on Saturday night.

Maritzburg showed their intent in as early as the eighth minute when Evans Rusike blazed down the left flank before squaring the ball for Mondli Cele to fire into the roof of the net from around 12 metres out with a first time effort.

Pirates looked dangerous as they tried to hit back with an equaliser, making the home defence work hard.

But Maritzburg were looking in a clinical mood as they struck with a lightning counter attack just after the half hour mark which saw Deolin Mekoa playing a neat ball over the defence for Rusike to run on to an apply an expert finishing touch past Brighton Mhlongo.

And incredibly the KZN club were 3-0 up after 35 minutes when Brian Onyango overpowered the Bucs defence to get on the end of a Mekoa cross to score from close range.

The shell-shocked Buccaneers were in need of something special to lift their spirits, and Thabo Rakhale provided just that when he received the ball some distance out on the right before thumping a dipping shot across goal in at the base of the left hand upright to reduce the deficit on 37 minutes.

The second half saw an invigorated Pirates and it was 3-2 seven minutes after the restart, the large contingent of Bucs fans at a packed Harry Gwala erupting when Thabo Matlaba pounced on a loose ball to flash home a left footed finish past Tawfeeq Salie.

The momentum was now firmly with the Soweto side, and after a couple of close calls at an equaliser, Erasmus popped up in the right place at the right time to score from close range after the Maritzburg defence had panicked under pressure as the rain poured down in Pietermaritzburg.

Maritzburg United will look to continue their unbeaten run in the Absa Premiership when they host Orlando Pirates at Harry Gwala Stadium on 16 January 2016, kick-off at 20h15.

Maritzburg extended their unbeaten streak to four matches when they were held 2-2 away to SuperSport United on January 10.

The KwaZulu-Natal club has claimed two points from six home matches this season.

The Team of Choice is placed 16th on the Absa Premiership log with seven points from 13 matches.

Pirates claimed their fourth win of the season when they defeated University of Pretoria 2-0 at home on January 13.

The Soweto giants have claimed seven points from six away matches this season.

The Buccaneers are placed 10th on the Absa Premiership log with 15 points from 12 matches.

In head-to-head stats, Maritzburg and Pirates have met in 18 league matches since 2005/06.

The Buccaneers have 10 wins compared to five for the Team of Choice, while three matches have been drawn.

Maritzburg have won three of their nine home matches against Pirates, suffering five defeats in the process.

Last season the Team of Choice took four points off Bucs, winning 2-1 in Soweto before playing out a 1-1 draw in the return match in Pietermaritzburg.

In these teams’ last six league meetings, the hosting side has emerged victorious on just one occasion.