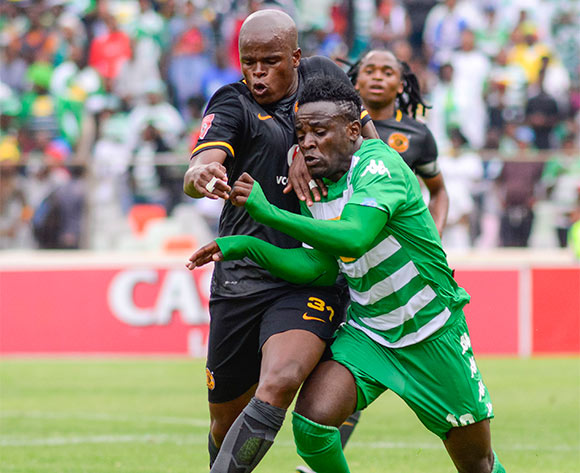 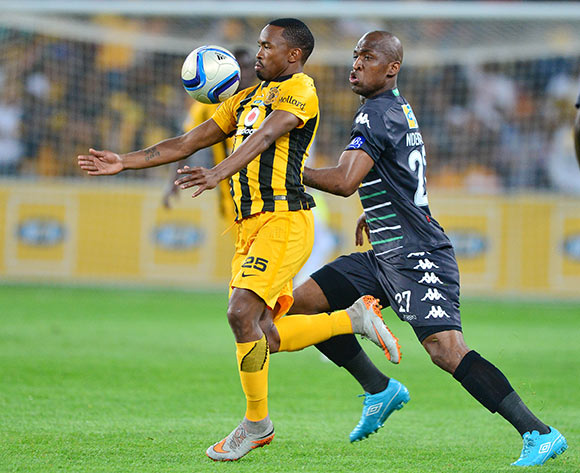 Welcome to the live play-by-play for the ABSA Premiership 2015/16 match between Bloemfontein Celtic and Kaizer Chiefs at Free State Stadium.

The Absa Premiership defending champions will be looking to bag their first win in 2016 after their 0-0 draw against Mamelodi Sundowns last week. Coach Steve Komphela will have to push his charges to ensure they convert draw into wins against Siwelele.
The hosts, Phunya Sele Sele are also out to fight for their maiden win in the New Year following their disappointing 2-2 draw against Ajax Cape Town. Serame Letsoaka’s men have failed to win in one nine matches and they will go all out to win at home and
1' The match is underway!
3' Celtic enjoying possession with Chiefs being stable at the back.
6' Offside Celtic and Katsande is fouled by Lamola but the free kick fails to produce a clear cut chance. Morena takes a shot but it's wide.
9' Shabba brought down on the edge of the penalty area by Shikweni. Free kick to Chiefs and Tshabalala curls it but it sails wide off Tignyemb’s far post.
9' Alfred Ndengane (Bloemfontein Celtic) is cautioned.

13' Another set piece for Chiefs, Shabba takes it but Celtic clears, Maluleka’s follow up shot hits the side of the net. The match is lively now, good football from both sides.
16' Jooste delivers a great cross but Lamola’s attempt goes wide and not troubling Pieterse.
19' Gaxa hacks Mhango down the left flank, Lebese’s pass to find Matovu is well read by Tignyemb.
22' Celtic 0-0 Chiefs. Lamola receiving treatment after a tussle with Letsholonyane. Shabba fouled by Nyatama once again.
23' Good set piece from Shabba and Tignyemb comes out to punch it for a corner denying Katsande a header.
25' 2Both sides still chasing an opening goal, a wonderful atmosphere down in Bloemfontein. Celtic 0-0 Chiefs
28' Good interplay from Celtic in the middle but Katsande makes his presence felt. Mhango with a great turn but his shot goes over.
31' Offside Matovu following a pass from but the skipper should’ve taken a shot. Lamola closed down by Gaxa, Abraw slips up in the box and Celtic clears.
36' Rikhotso stable at the back for Celtic and Shabba sets up Abraw, he returns the ball, Shabba’s header is blocked and Maluleka’s attempt goes to the side of the net. Tigneymb injured and receives treatment.
40' Celtic wasted a great chance to take the lead, A wonderful cross from the right by Jooste but Pieterse fails to clear. Offside Maluleka. Score 0-0 as we head to the final five minutes.
42' Abraw fouls Ndengane, caution for Abraw for pulling and elbowing the defender.
42' Camaldine Abraw (Kaizer Chiefs) is cautioned.

45' Chiefs with good passes but fail to penetrate Siwelele at the back. Half-time score 0-0.
45' The referee brings the first half to an end.

46' The second half is underway
49' Chiefs get a corner after Matovu outpaced Jooste. Shabba takes it but Mathoho fails to connect. Chiefs looking to bag an early lead.
53' Lamola makes an excellent turn and takes a shot but Pieterse saves. Letsholonyane losing the ball easily, Mhango's shot goes straight to Gordinho.
54' Abraw misses a great chance on a one on one situation with Tignyemb, but the Cameroonian collects.
55' Kaizer Chiefs: William Thwala replaces Matovu Sula

69' Lamola's shot lacks power after a sweet counter attacking football. Twala hits the woodwork with Tignyemb beaten.
71' Penalty for Chiefs after Twala was pushed by Lubisi in the box
72' Willard Katsande (Kaizer Chiefs) takes a penalty kick on goal.

Welcome to the live play-by-play for the ABSA Premiership 2015/16 match between Bloemfontein Celtic and Kaizer Chiefs at Free State Stadium.

Chiefs up to fourth

Kaizer Chiefs bagged their first win in the New Year when they beat Bloemfontein Celtic 1-0 in an Absa Premiership match at Free State Stadium on Sunday afternoon.

A second half penalty by Willard Katsande helped Steve Komphela’s men bag the three points as they occupy the fourth spot on the log table with 25 points from 14 matches.

Both sides were chasing their first wins in the New Year and the hosts started the match with a youthful side as they dictated terms in the opening stages of the tie.

After 10 minutes of action, the Amakhosi were awarded a set piece just outside the box which Siphiwe Tshabalala took, but Celtic partially cleared the danger only for George Maluleka’s follow up shot to hit the side netting.

Just after 30 minutes into the contest, good interplay from the visitors saw Maluleka shooting narrowly wide from just inside the box.

In the 40th minute, Siwlelele wasted a wonderful opportunity to grab the lead when Jooste sent in a cross, but it went astray with nobody to finish it off.

Immediately after the resumption of the second stanza, Celtic exchanged good one touches to put Gabardinho Mhango into space, but the Malawian forward was denied by Pieterse.

Towards the 60th minute, Tignyemb showed his class when he tipped Letsholonyane’s beautiful shot from the edge of the box over the cross bar.

In the 71st minute, Amakhosi were awarded a penalty when Twala was fouled in the box and Katsande converted from the spot to hand Chiefs the lead, 1-0.

Towards the final 10 minutes of the match Siwelele tried all they could to bounce back into the encounter, but the Amakhosi successfully held on for the win.

The loss leaces Celtic at number nine on the table with 17 points.

Bloemfontein Celtic will look to end their winless streak in the Absa Premiership when they host Kaizer Chiefs at Free State Stadium on 17 January 2016, kick-off at 15h30.

Celtic saw their winless run in the league extended to seven matches when they were held 2-2 away to Ajax Cape Town on January 8.

The Bloemfontein club has claimed seven points from five home matches this season.

Phunya Sele Sele are placed seventh on the Absa Premiership log with 17 points from 13 matches.

Chiefs played to their seventh draw of the season when they were held goalless at home by Mamelodi Sundowns on January 9.

The Soweto giants have claimed eight points from six away matches this season.

The Amakhosi are placed fourth on the Absa Premiership log with 22 points from 13 matches.

In head-to-head stats, Celtic and Chiefs have met in 55 league matches since 1985.

The Amakhosi have claimed 31 wins compared to 10 for Phunya Sele Sele, while 14 matches have been drawn.

Celtic have won eight of their 27 home matches against Chiefs, suffering eight defeats in the process.

Last season the Amakhosi took four points off Phunya Sele Sele, winning 1-0 at home before drawing 0-0 away in the return game.