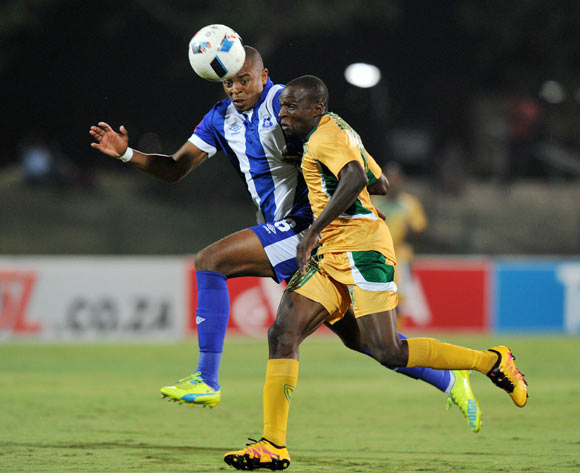 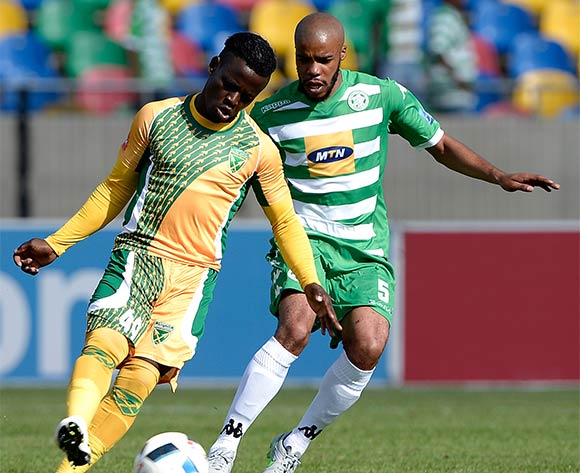 Welcome to the live play-by-play for the ABSA Premiership 2015/16 match between Golden Arrows and Maritzburg Utd. at Princess Magogo Stadium.

1' The match is underway!
17' Tawfeeq Salie (Maritzburg Utd. ) is cautioned.

46' The second half is underway
62' Thamsanqa Teyise (Maritzburg Utd. ) is cautioned.

Welcome to the live play-by-play for the ABSA Premiership 2015/16 match between Golden Arrows and Maritzburg Utd. at Princess Magogo Stadium.

The Team of Choice showed remarkable character to fight back from being both a goal and a man down to claim a point which could prove to be the difference between survival and relegation come the end of the season.

Abafana Bes’thende, meanwhile, remain in 11th place on the log, now four points adrift of a place in the top half.

Maritzburg were the first to properly threaten a goal, with Philani Zulu shooting on target from long range in the 10th minute. His effort was half saved by Max Mbaeva, with the ball squirming out of his grasp and rolling just wide of the post.

Six minutes later Arrows were awarded a penalty after goalkeeper Tawfeeq Salie brought down Nduduzo Sibiya in the 18-yard box. Nkanyiso Cele took the spot kick and coolly converted to make it 1-0 to the hosts.

The Team of Choice almost came up with an equaliser late in the first half when Thamsanqa Teyise flicked on from a free kick, but his effort was well saved by Mbaeva to ensure the hosts went into the break with their lead intact.

United were dealt a major blow on the stroke of half time when Deolin Mekoa was shown a straight red card – seemingly for abusive language toward referee Zolile Mthetho – reducing them to 10 men.

Maritzburg coach Ernst Middendorp responded by making two changes at the start of the second half, throwing on Pogiso Sanoka and Sheldon van Wyk in place of Bandile Shandu and Mohau Mokate.

United almost came up with an equaliser in the 56th minute through defender Brian Onyango, who got up highest at a corner kick to meet the ball but saw his header bounce away to safety off the top of the crossbar.

The visitors were finally rewarded for their endeavour in the 71st minute when Evans Rusike’s pass gave Kurt Lentjies a sight of goal: the midfielder made it 1-1 with a precisely-placed low shot which went in off the inside of the far post.

Despite having just 10 men, United continued to look the better team as the match wore on and missed out on several opportunities to score a second goal and claim what would have been a heroic victory.

KwaZulu-Natal rivals Golden Arrows and Maritzburg United will meet in an Absa Premiership clash at Princess Magogo Stadium on 20 April 2016, kick-off at 19h30.

Arrows come into the game having lost 4-1 at home to Orlando Pirates on April 16 – their third loss in the space of four league matches.

The Durban side has claimed 14 points from 12 home matches this season.

Abafana Bes’thende are placed 11th on the Absa Premiership log with 29 points from 24 matches.

Maritzburg have lost their last two matches in succession after going down 2-0 at home to Black Aces on April 15.

The KwaZulu-Natal side has claimed nine points from 11 away matches this season.

The Team of Choice is placed 16th on the Absa Premiership log with 16 points from 24 matches.

In head-to-head stats, Arrows and Maritzburg have met in 17 league matches since 2005/06.

Abafana Bes’thende have claimed nine wins compared to five for the Team of Choice, while three matches have been drawn.

Arrows have won six of their eight home matches against United, suffering one defeat in the process.

When the teams met earlier this season, the Team of Choice claimed a 2-0 home win.

The teams’ 17 league meeting have produced no less than 46 goals.