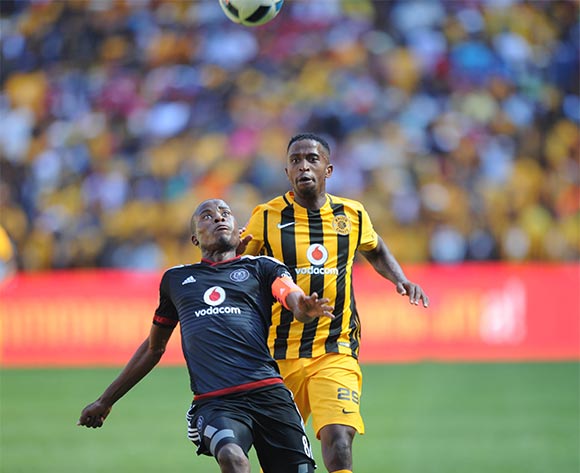 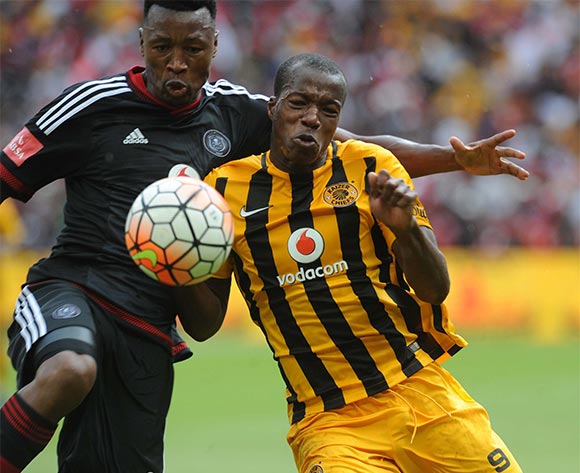 Welcome to the live play-by-play for the ABSA Premiership 2015/16 match between Orlando Pirates and Kaizer Chiefs at FNB Stadium.

1' The match is underway!
25' Thabo Qalinge (Orlando Pirates) is cautioned.

Welcome to the live play-by-play for the ABSA Premiership 2015/16 match between Orlando Pirates and Kaizer Chiefs at FNB Stadium.

Orlando Pirates and Kaizer Chiefs played to a 1-1 stalemate in their Absa Premiership derby at FNB Stadium on Saturday afternoon.

Willard Katsande opened the scoring in favour of the Amakhosi in the first half, but the Buccaneers were the better team after the break and found an equaliser from the head of Thamsanqa Gabuza.

The game came to life just past the 20 minute mark when Chiefs nearly opened the scoring, with Camaldine Abraw heading wide of the far post after getting on the end of a cross from the right flank by Siphiwe Tshabalala.

On 25 minutes Pirates thought they had opened the scoring when Edwin Gyimah headed home a free kick from Thabo Qalinge, but the referee controversially ruled it out as the latter player had sent in his cross before the whistle blew.

Three minutes later the Amakhosi broke the deadlock. A Tshabalala corner kick was knocked down to the far post by the head of Erick Mathoho, allowing Willard Katsande to control the ball before beating goalkeeper Brighton Mhlongo with a low shot.

Chiefs created the better opportunities in the remainder of the first half, but William Twala and Abraw were both unable to find the back of the net, leaving the match 1-0 in favour of the team in gold and black at the interval.

Pirates threatened an equaliser early in the second half, with Itumeleng Khune called upon to make an excellent finger-tip save to keep out a long-range drive from Thandani Ntshumayelo, while the Chiefs goalkeeper also came under pressure at a number of corner kicks and free kicks.

Bucs coach Eric Tinkler made two changes past the hour mark, sending on Mpho Makola and Sifiso Myeni to try and give his team more creativity and penetration, and there was a sense that something would give eventually.

On 69 minutes the team in black restored parity, with a long throw-in from Ayanda Gcaba glanced just inside the far post by Thamsanqa Gabuza to make it 1-1. The goal was a double for Chiefs, as Khune twisted his ankle at the same time and had to be replaced by Reyaad Pieterse.

The remainder of the game saw the teams exchange little more than half chances and it was no surprise to see the teams level when the final whistle blew.

Soweto derby rivals Orlando Pirates and Kaizer Chiefs will meet in the Absa Premiership at FNB Stadium on 30 January 2016, kick-off at 15h30.

Pirates suffered their sixth defeat of the league season when they went down 1-0 away to Jomo Cosmos on January 23.

The Soweto giants have claimed eight points from six home matches this season.

The Buccaneers are placed 11th on the Absa Premiership log with 16 points from 14 matches.

Chiefs suffered their second defeat of the league season when they went down 2-1 at home to Platinum Stars on January 24.

The Soweto giants have claimed 11 points from seven away matches this season.

The Amakhosi are placed fourth on the Absa Premiership log with 25 points from 15 matches.

In head-to-head stats, Pirates and Chiefs have met in 60 league matches since 1985.

The Amakhosi have 24 wins compared to 13 for the Buccaneers, while 23 matches have been drawn.

Pirates have won seven of their 31 home matches against Chiefs, suffering 11 defeats in the process.

When the teams met earlier this season, Bucs claimed a 3-1 away win thanks to goals from Sarr, Gcaba and Gabuza.