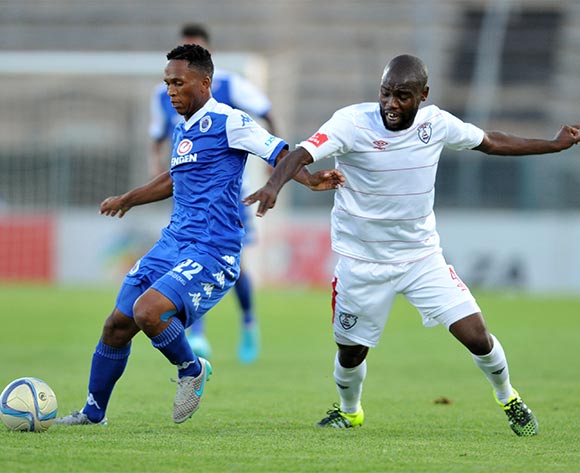 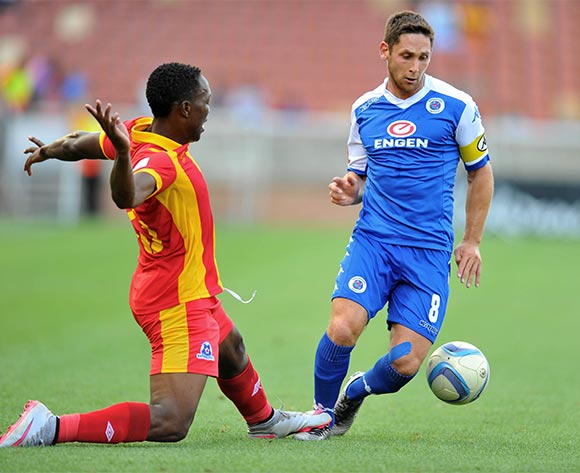 Welcome to the live play-by-play for the ABSA Premiership 2015/16 match between SuperSport Utd and Free State Stars at Lucas Moripe Stadium.

46' The second half is underway
54' Davis Nkausu (Free State Stars) is cautioned.

Welcome to the live play-by-play for the ABSA Premiership 2015/16 match between SuperSport Utd and Free State Stars at Lucas Moripe Stadium.

Kingston Nkhatha scored the only goal of the game as SuperSport United started life after Gordon Igesund with a 1-0 win over Free State Stare in the Absa Premiership at the Lucas Moripe Stadium on Saturday.

The Zimbabwe forward, who has been boosted by the appointment of Stuart Baxter, scored his first league goal since October to help the club to their first win of the New Year.

Nkhatha found the back of the net after 14 minutes, firing home a low shot past the Ea Lla Koto stopper who was unable to parry the ball from danger despite getting a hand to the ball.

Stars’ best chance of the half fell to Danny Venter soon after, the attacker unlucky to see his attempt cleared off the line by Dean Furman, who got back well to assist his goalkeeper.

The visitors should have pulled level four minutes into the second stanza, but Makhehleni Makhaula was unable to keep cool in front of goal after bursting into the penalty area.

Similar to what happened to Stars in the first 45, SuperSport were unfortunate not to double their lead on 50 minutes after Mark Mayambela's shot deflected onto the crossbar before Justice Chabalala hacked clear with Jeremy Brockie lurking.

Stars pressed forward for the equaliser, but SuperSport showed a new kind of desperation in the closing stages to hold on for all three points and subsequently move within one point of the top eight.

United out to break losing streak

SuperSport United will look to break a losing streak in the Absa Premiership when they host Free State Stars at Lucas Moripe Stadium on 30 January 2016, kick-off at 18h00.

SuperSport suffered a second successive loss when they were beaten 2-0 at Mamelodi Sundowns on January 23.

The Tshwane side has claimed six points from seven home matches this season.

Matsatsantsa are placed 10th on the Absa Premiership log with 17 points from 15 matches.

The Free State side has claimed nine points from six away matches this season.

Ea Lla Koto are placed eighth on the Absa Premiership log with 21 points from 14 matches.

In head-to-head stats, Stars and SuperSport have met in 39 league matches since 1991.

Matsatsantsa have claimed 13 wins compared to nine for Ea Lla Koto, while 17 matches have been drawn.

SuperSport have won eight of their 19 home matches against Stars, suffering three defeats in the process.

When the teams met earlier this season in the Free State they played to a goalless stalemate.

Stars have not won away to SuperSport in the league since the first half of the 2001/02 season.