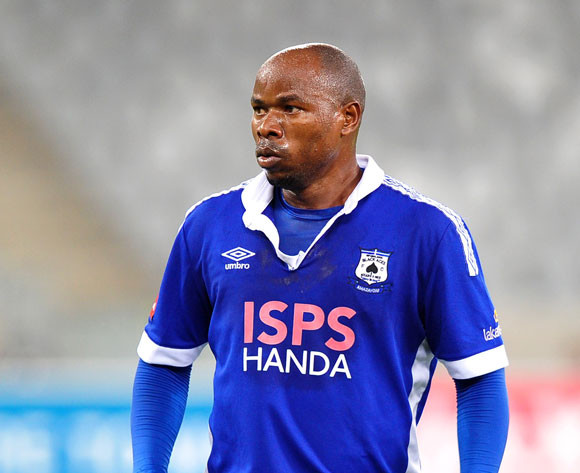 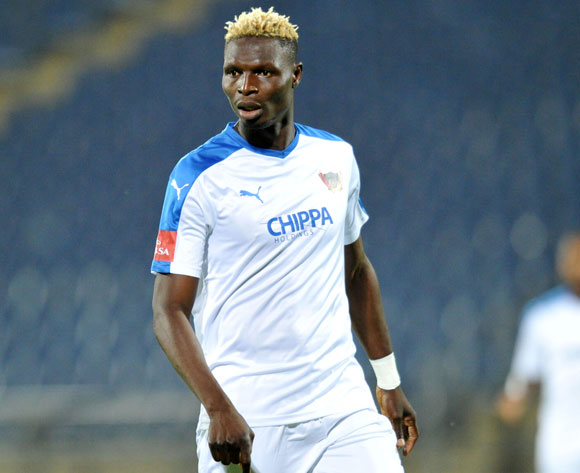 Welcome to the live play-by-play for the ABSA Premiership 2015/16 match between Black Aces and Chippa United at Mbombela Stadium.

46' The second half is underway
47' Collins Mbesuma (Black Aces) scores!

Welcome to the live play-by-play for the ABSA Premiership 2015/16 match between Black Aces and Chippa United at Mbombela Stadium.

Collins Mbesuma kept up his fine scoring form by netting the only goal of the game to see Black Aces defeat Chippa United in an Absa Premiership match at Mbombela Stadium on Saturday night.

The victory takes AmaZayoni to second place on the standings behind Mamelodi Sundowns, though they will be pushed down to third should Bidvest Wits claim a victory on Sunday.

Aces almost claimed an early lead, with Collins Mbesuma seeing his diving header crash back off the crossbar after a lovely cross from Bryce Moon in the seventh minute.

On 27 minutes the hosts saw another fine scoring chance wasted when Mbesuma’s perfectly-weighted lob put Aubrey Modiba in on goal, but the midfielder blasted his shot off target under pressure from Chippa goalkeeper Daniel Akpeyi.

By this stage Chippa had found their feet in the game, but they were also guilty of missing scoring chances, with Andile Mbenyane shooting straight at Shu-Aib Walters before Joseph Malongoane put an effort wide of the target with only the ‘keeper to beat.

The Chilli Boys’ best chance arrived a few minutes before the break when Walters saw a pass from his own penalty area intercepted by Chippa’s forwards, but the opportunity was spurned by Mbenyane.

It took Aces less than two minutes of the second half to break the deadlock, with Vincent Kobola providing a low cross from the right which was easily turned home by Mbesuma for his 11th league goal of 2015/16.

On 53 minutes AmaZayoni almost doubled their advantage, with Lehlohonolo Nonyane rattling the frame of the goal with his shot direct from a free kick.

Chippa made a couple of attacking substitutions in an effort to get themselves back in the game, with the likes of Lerato Chabangu and Rhulani Manzini entering the fray to boost their attack.

Ironically it was defender Eric Chipeta who almost brought them level with a header on target in the 77th minute, but he was denied by an excellent save from Walters. That proved to be the last clear scoring chance of the game, with Aces able to hold out for the victory.

Black Aces will look to bounce back to winning form in the Absa Premiership when they host Chippa United at Mbombela Stadium on 30 January 2016, kick-off at 20h15.

Aces saw their winning run cut to five matches when they were beaten 1-0 at University of Pretoria on January 24.

The Mpumalanga side has claimed 17 points from seven home matches this season.

AmaZayoni are placed third in the Absa Premiership log with 30 points from 15 matches.

Chippa claimed a second successive league win (and their third in four matches) when they beat Ajax Cape Town 3-1 at home on January 24.

The Eastern Cape side has claimed six points from as many away matches this season.

The Chilli Boys are placed sixth on the Absa Premiership log with 22 points from 15 matches.

The Chilli Boys are undefeated in the sequence, with one win and two draws to their name.

When the teams met earlier this season, the Chilli Boys claimed a 2-1 home win thanks to goals from Chabangu and Uzochukwu.