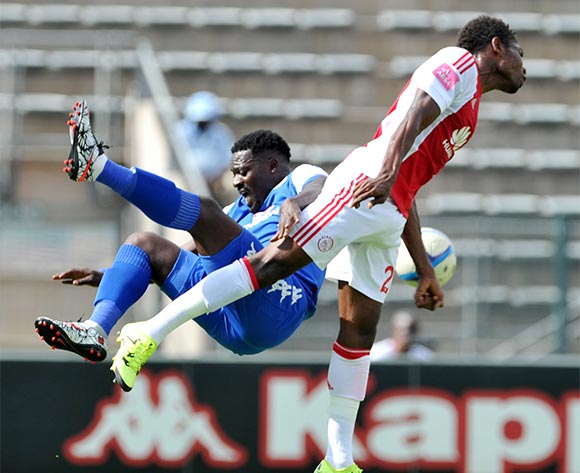 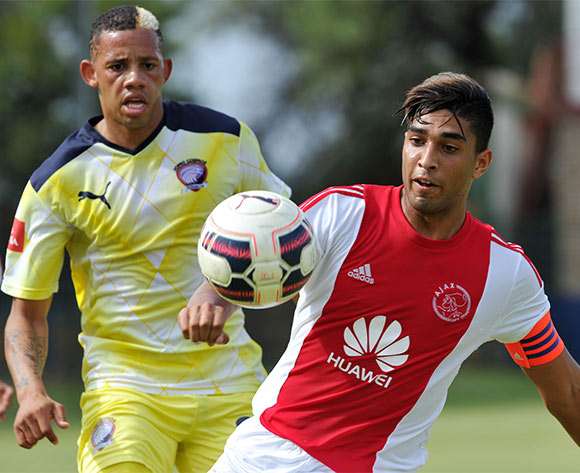 Welcome to the live play-by-play for the ABSA Premiership 2015/16 match between SuperSport Utd and Ajax Cape Town at Lucas Moripe Stadium.

Welcome to the live play-by-play for the ABSA Premiership 2015/16 match between SuperSport Utd and Ajax Cape Town at Lucas Moripe Stadium.

Ajax ease past SuperSport in Atteridgeville

Ajax Cape Town returned to winning ways to move up to eighth in the Absa Premiership standings with a 3-1 win over SuperSport United at the Lucas Moripe Stadium on Sunday.

Tashreeq Morris, Toriq Losper and Prince Nxumalo found the back of the net for the Urban Warriors - Kingston Nkhatha scoring for the home side.

Stuart Baxter has shaken things up come set-piece time and his methods almost reaped success on 19 minutes, Nkhatha firing over from the edge of the area.

Ajax themselves had a trick up their sleeve from dead ball situation and opened the scoring three minutes later from a corner-kick, Morris heading home in what was his first start of the season following a lengthy injury lay-off.

SuperSport ended the half on the front foot and after Dove Wome and Jeremy Brockie forced Anssi Jaakkola into successive saves, Nkhatha rattled home the equaliser in great style.

The Zimbabwe striker, rejuvenated by the arrival of Stuart Baxter, hit a powerful volley attempt past the Ajax stopper from a tight angle on the stroke of half-time.

Losper restored the visitors’ lead 10 minutes into the second stanza, the hard-working forward squeezing his low shot past Ronwen Williams at his near post.

Nxumalo doubled the Urban Warriors’ advantage in the 74th minute, the former Matsatsantsa striker beat the offside trap, running onto a precise through ball by Travis Graham before guiding the ball into the back of the net.

SuperSport pressed desperately for some consolation, but couldn't find a way past Jaakkola in the second 45 as the Tshwane side slip to 12th on the log standings.

United, Ajax to renew their rivalry

SuperSport United and Ajax Cape Town will renew their rivalry in the Absa Premiership when they meet at Lucas Moripe Stadium on 7 February 2016, kick-off at 15h30.

SuperSport have won just one of their last five league matches after playing to a 1-1 draw at Bloemfontein Celtic on February 3.

The Tshwane side has claimed nine points from eight home matches this season.

Matsatsantsa are placed 10th on the Absa Premiership log with 21 points from 17 matches.

Ajax have lost two of their last three league matches, having gone down 2-1 at Orlando Pirates on February 3.

The Cape side has claimed four points from seven away matches this season.

The Urban Warriors are placed 13th on the Absa Premiership log with 19 points from 16 matches.

Matsatsantsa have claimed 13 wins compared to 11 for the Urban Warriors, while nine matches have been drawn.

SuperSport have won eight of their 16 home matches against Ajax, suffering five defeats in the process.

When the teams met earlier this season in Cape Town, an early goal from Phala gave United a 1-0 win.

SuperSport last claimed a home league win over Ajax back in the 2012/13 season.