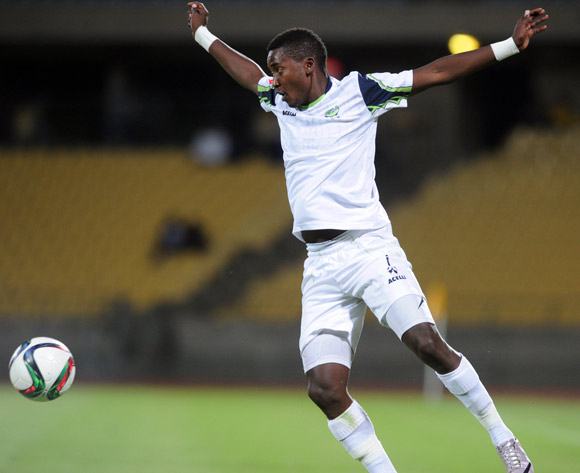 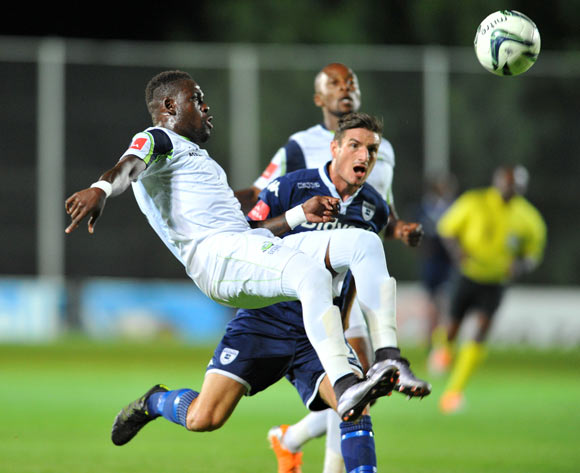 Sibusiso Zulu of Platinum Stars challenged by James Keene of Bidvest Wits during the Absa Premiership match between Bidvest Wits and Platinum Stars at the Bidvest Stadium in Johannesburg, South Africa on February 03, 2016 ©Samuel Shivambu/BackpagePix

Welcome to the live play-by-play for the ABSA Premiership 2015/16 match between Platinum Stars and Polokwane City at Royal Bafokeng Stadium.

Welcome to the live play-by-play for the ABSA Premiership 2015/16 match between Platinum Stars and Polokwane City at Royal Bafokeng Stadium.

The result sees Dikwena placed fifth on the Absa Premiership table with 30 points from 17 matches, while Rise and Shine are 13th on 21 points from 18 matches.

After a quiet opening period of the match, Stars claimed the lead on 29 minutes when Msomi tucked home Siyabonga Zulu’s cross with his right foot. It remained 1-0 in favour of the hosts up to half time.

At the start of the second half, City introduced Sipho Jembula from the bench, but it was Dikwena who effectively killed off the game in the 52nd minute when Tlou Segolela scored with his left foot after an assist from Solomon Mathe to make it 2-0.

With just under a quarter hour to play, Stars banged in their third through substitute Robert Ng’ambi to ensure an emphatic victory.

Platinum Stars will host an in-form Polokwane City for an Absa Premiership clash at Royal Bafokeng Stadium on 7 February 2016, kick-off at 15h30.

Stars extended their unbeaten run to three matches with a 1-1 draw away to Bidvest Wits on February 3.

The Rustenburg side has claimed 11 points from seven home matches this season.

Dikwena are placed fifth on the Absa Premiership log with 27 points from 16 matches.

Polokwane racked up a second successive victory – and a third win in the space of four matches – by beating Maritzburg United 3-1 at home on February 3.

The Limpopo side has claimed four points from nine away matches this season.

Rise and Shine are placed 11th on the Absa Premiership log with 21 points from 17 matches.

In head-to-head stats, Polokwane and Stars have met in five league matches since 2013/14.

Dikwena have two wins, as do Rise and Shine, while one match has been drawn.

Stars have won both of their two previous home league matches against Polokwane.

When the teams met earlier this season in Limpopo, City claimed a 1-0 home win.

Polokwane’s clean sheet in their victory earlier this season was the first in matches between these teams.