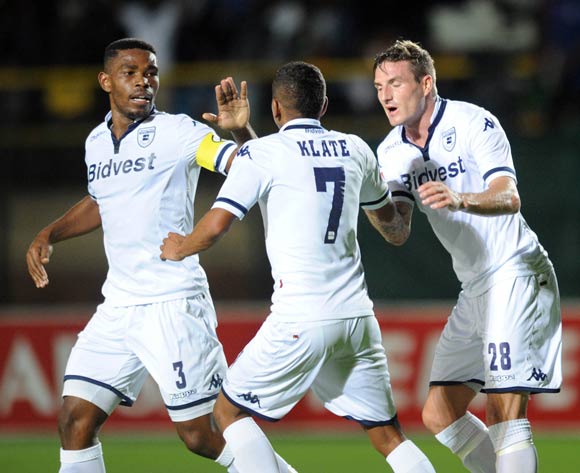 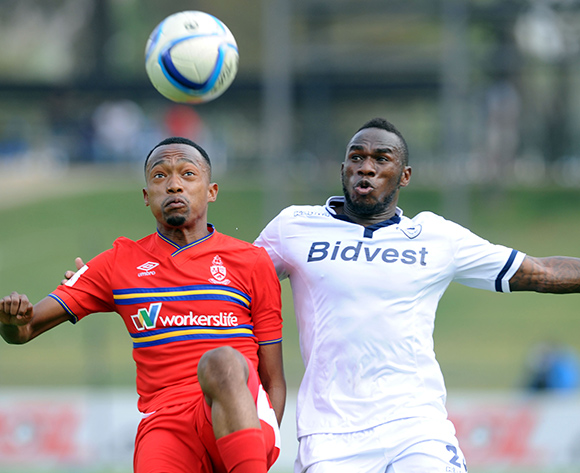 Welcome to the live play-by-play for the ABSA Premiership 2015/16 match between Bidvest Wits and University of Pretoria at Bidvest Stadium.

46' The second half is underway
60' Partson Juare (University of Pretoria) is cautioned.

Welcome to the live play-by-play for the ABSA Premiership 2015/16 match between Bidvest Wits and University of Pretoria at Bidvest Stadium.

Thabo Mnyamane's second half goal was not enough to deny Bidvest Wits a win as University of Pretoria lost 2-1 in an Absa Premiership match on Friday night at Bidvest Stadium.

A double by the hosts' captain and defender Thulani Hlatshwayo handed Gavin Hunt's men to the full three points as they now have 39 points.

They trail log leaders Mamelodi Sundowns by six points while Shaun Bartletts' men remain rooted to the bottom of the table with 13 points at number 15.

Tuks were the side to take the game to the hosts when Khethukuthula Zwane nearly beat Wits goalkeeper Moeneeb Josephs, but his powerful shot hit the wood work.

Wits pushed forward and after 17 minutes of action, Bongani Nyathi saw his well struck shot parried away by Josephs.

In the 31st minute, Phakamani Mahlambi exchanged a good pass with James Keene in the middle of the park, but the forward failed to keep his shot down and on target.

A few minutes later, the visitors played great one touch football to Partson Jaure, but the Zimbabwean's attempt went straight to Josephs.

Just after 35 minutes of action, the Braamfontein outfit found the back of the net when skipper Hlatshwayo headed home Daine Klate's cross from the right flank - Tyson beat Tristyn Coetsee with a powerful header.

With five minutes to the interval, the hosts received a penalty after Keene was brought down by Willem Nwedihanga in the box and the referee pointed to the spot.

However, Klate was denied by Coetsee who produced a wonderful save to deny the experienced winger and kept his side in the game.

It was 1-0 at the interval in favour of the hosts.

Shortly after the break 'Man of the match', Hlatshwayo nearly made it two when he connected with Klate's set piece but the defender's header went wide.

Towards the hour mark into the contest, Hlatshwayo was unmarked in the box and his close range header went straight to the well-placed Coetsee

In the 62nd minute Mnyamane made it 1-1 when he beat Josephs with a fine left-footed finish following good work by Atusaye Nyondo down the right flank.

Nevertheless, in the 87th minute the former Ajax Cape Town defender rose head and shoulders above the Tuks defence and beat Coetsee with a powerful header to make it 2-1 for the hosts.

Despite their attempts to find an equaliser, Tuks failed to score and had to go home empty handed with the hosts retaining the full three points.

Wits out to win Varsity derby

Bidvest Wits will look to shrug off their inconsistent form in the Absa Premiership when they host University of Pretoria at Bidvest Stadium on 19 February 2016, kick-off at 20h00.

Wits have won just one of their last four matches and suffered a third home defeat when they were beaten 1-0 by Kaizer Chiefs on February 9.

The Johannesburg side has claimed 20 points from 10 home matches this season.

The Clever Boys are placed second on the Absa Premiership log with 36 points from 19 matches.

University of Pretoria have lost three of their last four matches and were beaten 2-0 away to SuperSport United in their last outing on February 14.

The Tshwane side has claimed three points from nine away matches this season.

AmaTuks are placed 15th on the Absa Premiership log with 13 points from 19 matches.

In head-to-head stats, Tuks and Wits have met in seven league matches since 2012/13.

The Clever Boys have an unbeaten record in the sequence, with three wins and four draws against their opponents.

Wits have won one of their three home matches against Tuks, with the other two encounters ending in draws.

When the teams met earlier this season, the Clever Boys claimed a 1-0 away win in Tshwane.