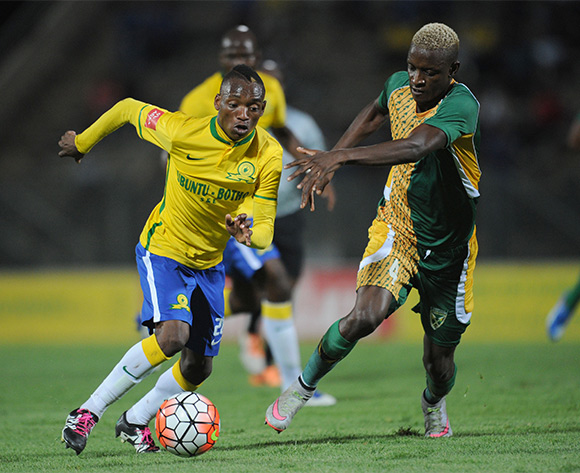 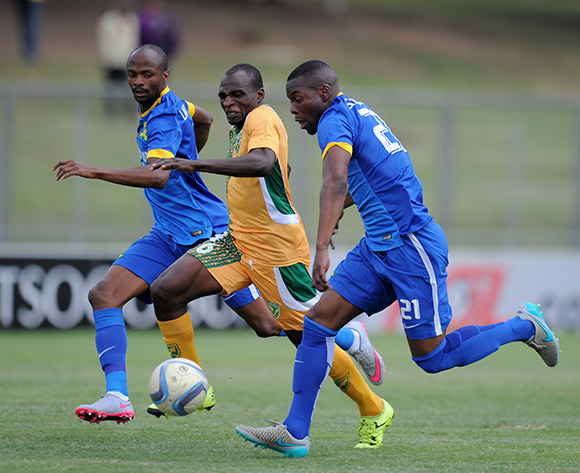 Welcome to the live play-by-play for the ABSA Premiership 2015/16 match between Mamelodi Sundowns and Golden Arrows at Lucas Moripe Stadium.

1' The match is underway!
38' Andile Fikizolo (Golden Arrows) is cautioned.

Welcome to the live play-by-play for the ABSA Premiership 2015/16 match between Mamelodi Sundowns and Golden Arrows at Lucas Moripe Stadium.

Mamelodi Sudowns failed to restore their nine point gap atop the Absa Premiership standings as they were held to a goalless draw by Golden Arrows at the Lucas Moripe Stadium on Saturday.

Arrows are the last team to beat the Brazilians in the league and have now taken four points off the Pretoria side this season. The result ends 'Downs winning run in the league at six games.

It was a frustrating first-half for both sides who failed to get going in what was a physical encounter in Atteridgeville.

Keagan Dolly summed up 'Downs frustrations, the winger laid on the pitch having fired his attempt over the crossbar after he made a lung-busting run to the edge of the area in the 27th minute.

The Brazilians welcomed back Khama Billiat for the clash after he had missed their trip to Zimbabwe last weekend and the former Ajax Cape Town attacker was their biggest threat going forward.

A quick free-kick by Hlompho Kekana sent Billiat through on goal, but Maximilian Mbaeva stood tall on 41 minutes to keep the score goalless heading into the break.

Anthony Laffor missed a catalogue of chances for the hosts in the second stanza and Arrows could've stolen all three points in stoppage time, but Deon Hotto opted to shoot when passing to an unmarked Andile Fikizolo would have been the better option.

Mamelodi Sundowns will come up against the last team to beat them in the Absa Premiership when they host Golden Arrows at Lucas Moripe Stadium on 20 February 2016, kick-off at 18h00.

The Tshwane side has claimed 25 points from nine home matches this season.

The Brazilians are placed first on the Absa Premiership log with 45 points from 19 matches.

Arrows snapped a four-game losing streak by winning 2-1 away to Polokwane City on February 13.

The Durban side has claimed 13 points from nine away matches this season.

Abafana Bes’thende are placed eighth on the Absa Premiership log with 24 points from 18 matches.

In head-to-head stats, Arrows and Sundowns have met in 29 league matches since 2000/01.

The Brazilians have 13 wins compared to nine for Abafana Bes’thende, while seven matches have been drawn.

Sundowns have won seven of their 14 home matches against Arrows, suffering two defeats in the process.

When the teams met earlier this season, Abafana Bes’thende claimed a 2-1 home win over the Brazilians.

Arrows were the last team to defeat Sundowns in the Absa Premiership, claiming a 2-1 home win back in September.