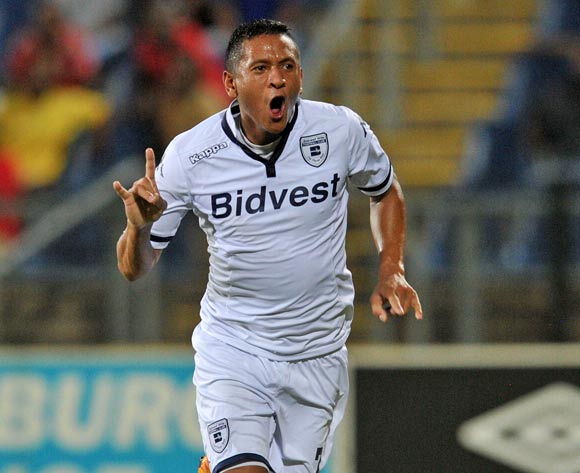 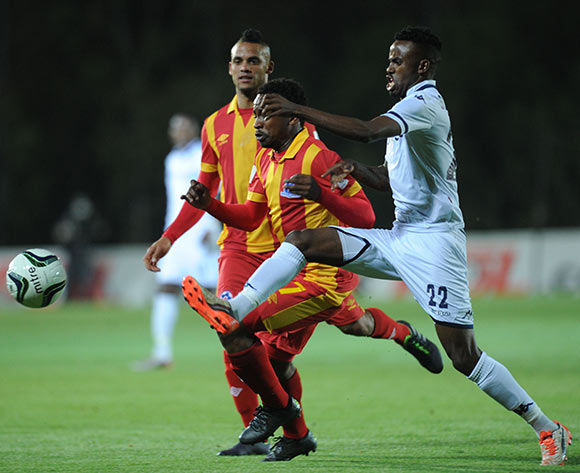 Welcome to the live play-by-play for the ABSA Premiership 2015/16 match between Maritzburg Utd. and Bidvest Wits at Harry Gwala Stadium.

46' The second half is underway
61' Buhle Mkhwanazi (Bidvest Wits) is cautioned.

Welcome to the live play-by-play for the ABSA Premiership 2015/16 match between Maritzburg Utd. and Bidvest Wits at Harry Gwala Stadium.

Bidvest Wits beat Maritzburg United 2-1 in an Absa Premiership match at Harry Gwala Stadium on Wednesday night, with James Keene scoring a dramatic late winner to break the hearts of the home team.

The Team of Choice put in a fantastic performance in the second half to put themselves within touching distance of their first home win of the season, but Gregory Maasdorp’s strike – which cancelled out Daine Klate’s opener – proved to be nothing more than a consolation.

The result sees the Clever Boys remain within seven points of leaders Mamelodi Sundowns, while United are bottom of the log with 12 points from 20 matches.

Wits created the first clear chance of the game nine minutes in, with Elias Pelembe providing a cross to pick out Daine Klate, whose wild swipe at the ball sent it way off target.

Eight minutes later Klate tried his luck from long range, but his curling, dipping effort was just over the crossbar and no trouble for goalkeeper Glen Verbauwhede.

On 19 minutes Maritzburg threatened for the first time, with midfielder Kurt Lentjies firing just over the target direct from a free kick. To be fair, Wits goalkeeper Moeneeb Josephs looked to have it covered.

Klate’s energy was rewarded just past the half hour mark when he opened the scoring, getting on the end of an excellent right-wing cross from Pelembe and beating the goalkeeper with a well-placed header.

The Team of Choice responded by withdrawing defender Pogiso Sanoka and replacing him with attacker Gregory Maasdorp well before half time, but the Clever Boys held their lead up to the interval.

United took the game to Wits early in the second half and Philani Zulu fired a low shot across the face of the visitors’ goal in the 50th minute, with Josephs relieved to see it pass wide of his far post.

Fifteen minutes later Maasdorp played a teasing cross from the right that striker Evans Rusike was unable to turn home from close range, much to the frustration of the vocal home support.

In the 72nd minute the home team threatened an equaliser again, with Brian Onyango getting on the end of Lentjies’ corner kick, but the tall defender was unable to direct his glancing header on target.

On 83 minutes Maritzburg were finally rewarded for their efforts, with Maasdorp scoring his first goal in the top flight to make it 1-1. The youngster put his shot between the legs of Josephs after a classy touch from Lentjies to set him up.

Five minutes later United nearly claimed the lead, with Lentjies providing a brilliant turn and chip into the path of Zulu, who put his header just wide of the post.

In injury time, Wits substitute James Keene was guilty of one of the misses of the season as the visitors finally got their attacking play out of second gear.

However, the English striker made up for the error with a superbly-taken headed goal off a cross from Sifiso Hlanti with literally the last touch of the game, five minutes into injury time, to see the Johannesburg side claim a dramatic 2-1 win.

Maritzburg United will look to dent the Absa Premiership title ambitions of Bidvest Wits when the teams meet at Harry Gwala Stadium on 24 February 2016, kick-off at 19h30.

Maritzburg claimed just their second win of the season when they won 1-0 at Bloemfontein Celtic on February 21.

The KwaZulu-Natal side has claimed four points from nine home matches this season.

The Team of Choice is placed 16th on the Absa Premiership log with 12 points from 19 matches.

Wits claimed their 12th win of the season when they defeated University of Pretoria 2-1 at home on February 19.

The Johannesburg side has claimed 16 points from nine away matches this season.

The Clever Boys are placed second on the Absa Premiership log with 39 points from 20 matches.

In head-to-head stats, Wits and Maritzburg have met in 17 league matches since 2006/07.

The Clever Boys have eight wins compared to three for the Team of Choice, while six matches have been drawn.

Maritzburg have won one of their eight home matches against Wits, suffering three defeats in the process.

When the teams met earlier this season, the Clever Boys claimed a 2-0 home win in Johannesburg.