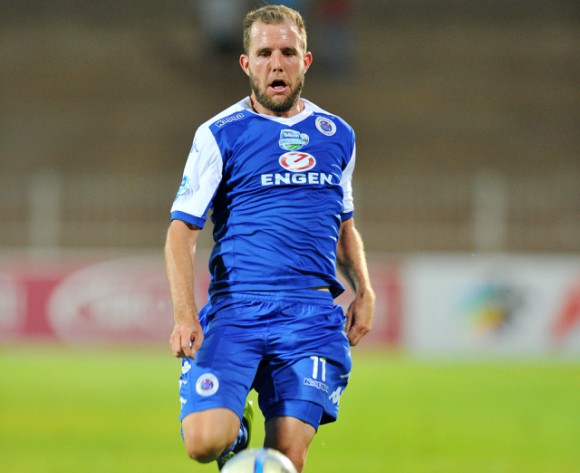 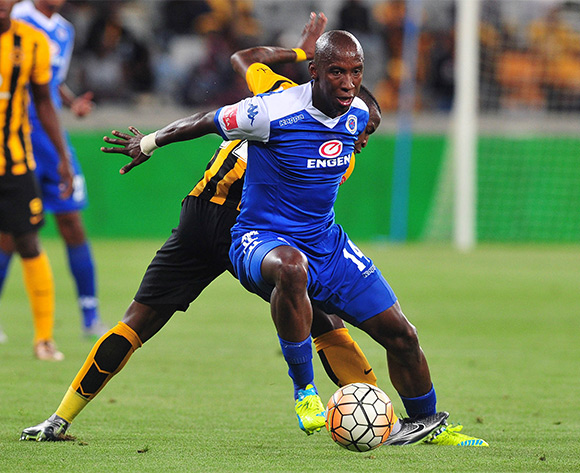 Welcome to the live play-by-play for the ABSA Premiership 2015/16 match between Jomo Cosmos and SuperSport Utd at Olen Park.

45' The second half is underway
50' Pentjie Zulu (Jomo Cosmos) is cautioned.

Welcome to the live play-by-play for the ABSA Premiership 2015/16 match between Jomo Cosmos and SuperSport Utd at Olen Park.

Jomo Cosmos are hovering dangerous close to relegation zone after suffering a 4-2 loss at the hands of SuperSport United in an Absa Premiership match at Olen Park on Saturday afternoon.

The loss combined with the University of Pretoria’s win over Chippa United at the same time sees the Ezenkosi only a point above the relegation zone in 14th place.

The win for United, on the other hand, propelled them into the top half of the table into eighth place with 27 points.

Jeremy Brockie was the man to hand the away side the three points with a hat-trick on the day sealing their seventh league win of the season.

Brockie scored his first goal in the 18th minute courtesy of a mistake by Cosmos goalkeeper Sherwyn Naicker, the goal-poacher pouncing on the loose ball with a clinical finish to register his seventh of the season, 1-0.

Cosmos finished the opening half the stronger of the two teams with Luyolo Nomandela coming the closest to an equaliser in the 33rd minute, but he fired narrowly over from the edge of the box.

United took a slender one goal lead into the break.

Dove Wome doubled the away side’s lead 13 minutes into the second half turning home a pass from Luvolwethu Mpeta with consummate ease, 2-0.

Brockie grabbed his eighth goal of the league season on the hour mark when he was put through on goal by Thuso Phala and made no mistake with just the keeper to beat, 3-0.

In the 69th minute Brockie made sure of his side’s victory with his ninth league goal after turning the ball into the back of the net from close range following some quick interchanges by the United attack, 4-0.

Cosmos ended the match on a strong note with their first goal ten minutes later courtesy of a strike from Denver Mukamba, 4-1.

Mician Mhone scored the home side’s second goal in the 85th minute, but it was too little too later as the game ended 4-2.

Cosmos, SuperSport look to bounce back

Jomo Cosmos and SuperSport United will both be looking to bounce back when they meet for an Absa Premiership clash at Olen Park on 27 February 2016, kick-off at 15h30.

Cosmos suffered an eighth successive away loss in the league when they were beaten 1-0 at Platinum Stars on February 21.

The Potchefstroom-based side has claimed 15 points from 10 home matches this season.

Ezenkosi are placed 14th on the Absa Premiership log with 17 points from 20 matches.

SuperSport suffered their eighth loss of the season when they were beaten 2-1 at Kaizer Chiefs on February 20.

The Tshwane side has claimed 12 points from 10 away matches this season.

Matsatsantsa are placed 11th on the Absa Premiership log with 24 points from 20 matches.

In head-to-head stats, SuperSport and Cosmos have met in 36 league matches since 1991.

Ezenkosi have 13 wins compared to eight for Matsatsantsa, while 15 matches have been drawn.

Cosmos have won six of their 17 home matches against United, suffering five defeats in the process.

When the teams met earlier this season they played to a goalless stalemate in a home fixture for Matsatsantsa.