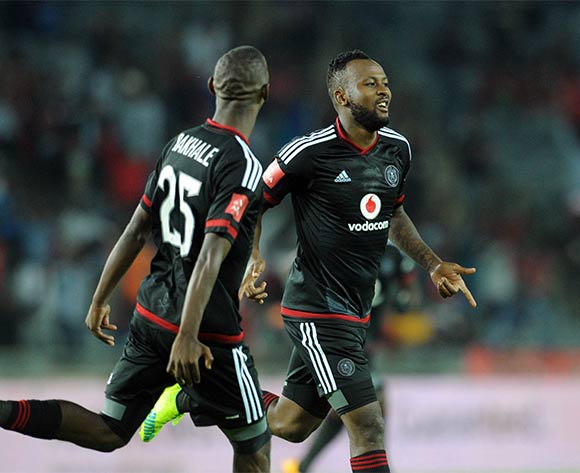 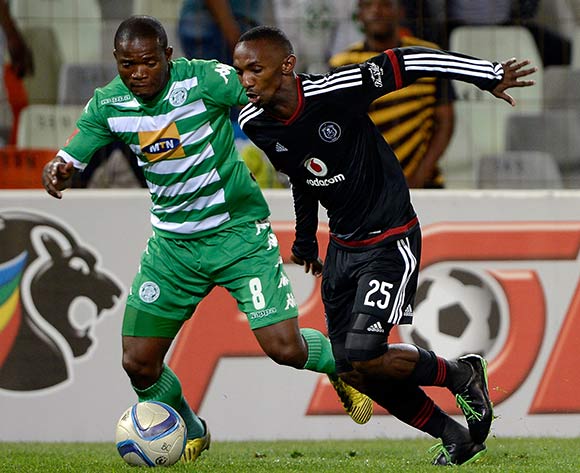 Welcome to the live play-by-play for the ABSA Premiership 2015/16 match between Orlando Pirates and Bloemfontein Celtic at Orlando Stadium.

1' The match is underway!
12' Thabo Matlaba (Orlando Pirates) is cautioned.

46' The second half is underway
47' Mpho Makola (Orlando Pirates) scores!

Welcome to the live play-by-play for the ABSA Premiership 2015/16 match between Orlando Pirates and Bloemfontein Celtic at Orlando Stadium.

Mpho Makola scored the only goal of the game as Orlando Pirates defeated Bloemfontein Celtic in an Absa Premiership match at Orlando Stadium on Saturday night.

In a game marred by missile-throwing and violence in the crowd, the Buccaneers did just enough to claim a victory which pushes them up to seventh on the log. Phunya Sele Sele remain in 12th place after suffering a third successive defeat.

Pirates created the first chance of the match as early as the third minute, with Mpho Makola playing a great through ball to give Thabo Rakhale a sight of goal, but the speedy winger was beaten to the ball by Celtic goalkeeper Partick Tignyemb.

The Buccaneers were the more fluid and confident team in attack, with Celtic’s somewhat disjointed efforts best encapsulated by an incident midway through the first half when Musa Nyatama appeared to be in the process of opening up the space to shoot on goal from a great position, only to be accidentally tripped by his own teammate Fiston Razak Abdul.

However, the visitors continued to grow in confidence and on 32 minutes Phunya Sele Sele nearly claimed the lead when Razak Abdul got in behind the defence, but his effort from a tight angle was well saved by Bucs ‘keeper Brighton Mhlongo.

On 39 minutes a defensive error from Celtic’s Tshepo Rikhotso handed Lehlohonolo Majoro a great chance to open the scoring, but the striker snatched at the chance and put his effort over the target with only the goalkeeper to beat.

In injury time Makola had an even better chance after a sweeping move gave him a clear shooting opportunity in the penalty area, but his left-footed effort was hit straight at Tignyemb, who easily repelled the ball to ensure the half ended goalless.

Yet the former Free State Stars midfielder atoned for his error less than two minutes into the second stanza, scoring with a shot direct from a free kick. Makola’s effort took a slight deflection off the defensive wall, which wrong-footed Tignyemb and gave him no real chance of making a save.

Just before the hour mark Celtic almost claimed an equaliser, with some good passing opening space for Thapelo Morena to shoot – the midfielder’s effort had the beating of Mhlongo, but rebounded off the inside of the post.

On 76 minutes the visitors needed Tignyemb to make a world class save to keep out a long-range grasscutter from Rakhale – the ‘keeper have seen the ball late through a crowd of players, but reacted brilliantly to make a one-handed save. However, his efforts were in vain as Pirates held on to claim the 1-0 win.

Orlando Pirates will target another three Absa Premiership points when they host Bloemfontein Celtic at Orlando Stadium on 27 February 2016, kick-off at 20h15.

Pirates claimed a third win from their last five league matches when they beat Black Aces 3-1 away on February 21.

The Soweto giants have claimed 12 points from nine home matches this season.

The Buccaneers are placed seventh on the Absa Premiership log with 26 points from 20 matches.

Celtic suffered a second successive loss and saw their winless run extended to four matches when they were beaten 1-0 at home by Maritzburg United on February 21.

The Bloemfontein side has claimed 11 points from 10 away matches this season.

Phunya Sele Sele are placed 12th on the Absa Premiership log with 22 points from 20 matches.

In head-to-head stats, Celtic and Pirates have met in 55 league matches since 1985.

The Buccaneers have 28 wins compared to 13 for Phunya Sele Sele, while 14 matches have been drawn.

Pirates have won 18 of their 27 home matches against Celtic, suffering three defeats in the process.

Pirates have won just one of their last three home league matches against Celtic.