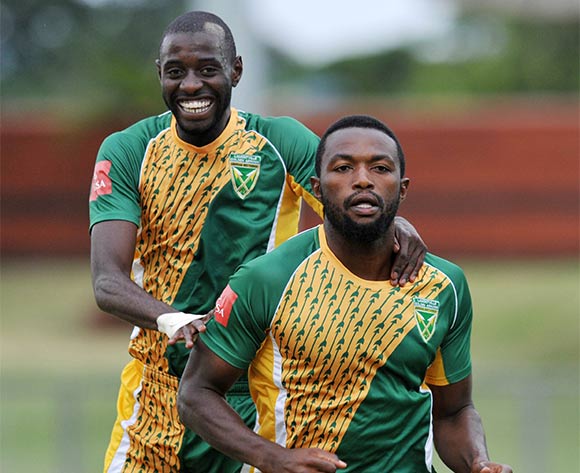 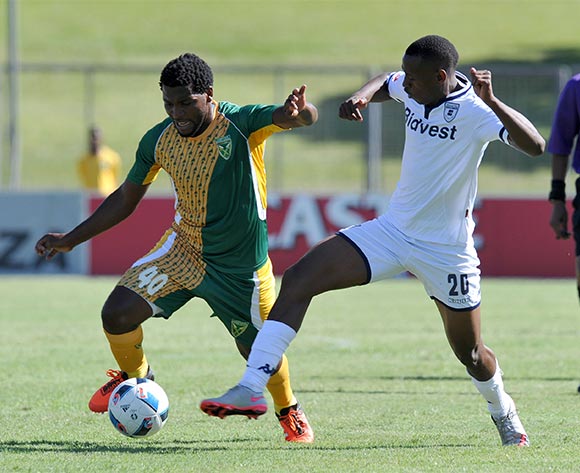 Welcome to the live play-by-play for the ABSA Premiership 2015/16 match between Golden Arrows and Platinum Stars at Chatsworth Stadium.

Welcome to the live play-by-play for the ABSA Premiership 2015/16 match between Golden Arrows and Platinum Stars at Chatsworth Stadium.

Following a number of chances to score, Platinum Stars succumbed to a 1-0 defeat against Lamontville Golden Arrows at Chatsworth Stadium on Sunday afternoon.

A second half strike by Mwape Musonda gave the hosts the deserved three points as they moved to the eighth spot on the Absa Premiership log table with 28 points from 20 matches whilst Stars remain at number five with 34 points.

Although the match lacked its spark in the beginning, it was Cavin Johnson's men who first threatened through Tlou Segolela as he delivered a great corner in the 14th minute searching for Bonginkosi Ntuli but defender, Gladwin Shitolo managed to produce a fine clearance to clear the danger.

A minute later, Segolela, who had a good game whipped in another set piece but it was the Namibian international goalkeeper, Maxmillian Mbaeva, who made the save.

However, the hosts also went forward probing for an opening goal in the 23rd minute, Kudakwashe Mahachi saw his set piece going inches wide away from Mbongeni Mzimela's far post.

Dikwena had a good chance to grab the lead a minute later when Tintswalo Tshabalala broke free after a pass from Sibusiso Msomi.

However, the experienced Tshabalala failed to play on Segolela as Mbaeva blocked his shot to the goal and Segolela's second attempt went over the bar.

It was 0-0 at the interval and Clinton Larsen's men had a good chance to score when Rodney Ramagalela's poor finishing let him down as he received a great ball from Mahachi, Ramagalela failed to tap the ball in went over the posts.

With time slowly running against both teams, the game improved and it was Cavin Johnson's men who showed hunger but Mzimela was awake to deny Ramagalela in the 58th minute as he came out to collect the ball.

Following a number of changes made by Johnson after the 70th minute, Segolela found himself unmarked in the box and unleashed a shot but it went straight into the arms of Mbaeva.

Gabadinho Mhango wasted a wonderful opportunity to bag the lead with 13 minutes to go when he played on Deon Hotto despite having an opportunity to take a shot and score, Hotto's header went wide.

Ntuli was denied Mbaeva in a one on one situation following a brilliant pass from Ryan De Jongh but it took Larsen's men 85 minutes to bag the lead through Musonda. The Zambian received a pass from Mhango before beating Mzimela.

Despite making strides to secure a point out of the game, the Rustenburg-based side failed to score and Arrows held on to their lead.

Golden Arrows will look to build momentum in the Absa Premiership when they host Platinum Stars at Chatsworth Stadium on 28 February 2016, kick-off at 15h30.

Arrows played to their fourth draw of the league season by holding leaders Mamelodi Sundowns 0-0 away on February 20.

The Durban side has claimed 11 points from nine home matches this season.

Abafana Bes’thende are placed ninth on the Absa Premiership log with 25 points from 19 matches.

Stars have put together an unbeaten run of six matches, with their latest outing a 1-0 home win over Jomo Cosmos on February 21.

The Rustenburg side has claimed 17 points from 10 away matches this season.

Dikwena are placed fifth on the Absa Premiership log with 34 points from 19 matches.

Dikwena have 10 wins compared to six for Abafana Bes’thende, while seven matches have been drawn.

Arrows have won three of their 11 home matches against Stars, suffering three defeats in the process.

When the teams met earlier this season, Dikwena claimed a 2-0 home win in Rustenburg.