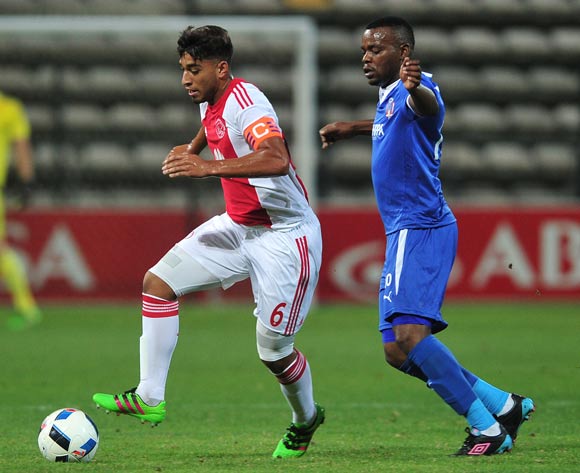 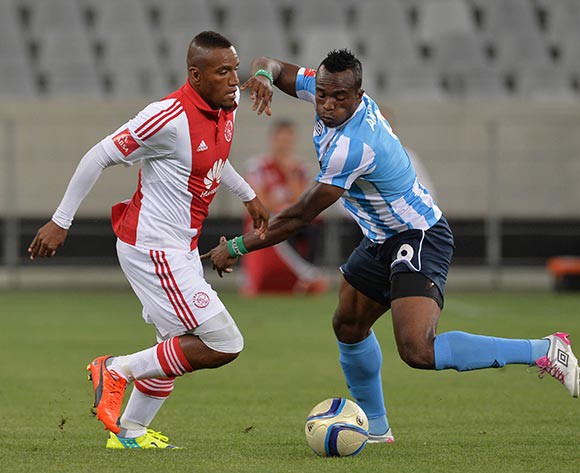 Welcome to the live play-by-play for the ABSA Premiership 2015/16 match between Ajax Cape Town and Chippa United at Athlone Stadium.

46' The second half is underway
60' Rhulani Manzini (Chippa United) scores!

Welcome to the live play-by-play for the ABSA Premiership 2015/16 match between Ajax Cape Town and Chippa United at Athlone Stadium.

Chippa United held Ajax Cape Town to a 1-1 draw at Athlone Stadium on Tuesday evening, with Rhulani Manzini’s goal cancelling out Prince Nxumalo’s opener.
The result denied the Urban Warriors a place in the top eight of the log, while the Chilli Boys remain in sixth place.

The teams traded chances in the opening quarter of the match, though goalkeepers Anssi Jaakkola and Daniel Akpeyi were largely untroubled.

Ajax claimed the lead just before the half hour mark through Prince Nxumalo, with the striker providing a composed finish from Tashreeq Morris’ assist to make it 1-0 and claim his 11th league goal of the season.

The closest Chippa came to a reply in the first half saw attacker Rhulani Manzini strike an effort over the target direct from a free kick just before the interval.

After a quiet opening period of the second stanza, in which there was little in the way of goalmouth action, Chippa levelled the game on the hour on the mark thanks to Manzini, who capitalised on an error in the home side’s defence to make it 1-1.

A few minutes after conceding the equaliser, the Urban Warriors very nearly reclaimed the lead through Nxumalo, who shot just wide of the target – much to Akpeyi’s relief.

Ajax kept up the pressure on Chippa’s goal as the second half wore on, with Nxumalo and Morris both going close to a goal, but ultimately the Cape side were left frustrated and had to settle for a share of the spoils.

Ajax, Chippa look to bounce back

Ajax Cape Town will look to bounce back from a defeat in the Absa Premiership last week when they host Chippa United at Athlone Stadium on 1 March 2016, kick-off at 19h30.

Ajax suffered their eighth defeat of the season when they were beaten 1-0 at Free State Stars on February 24.

The Cape side has claimed 16 points from 10 home matches this season.

The Urban Warriors are placed 11th on the Absa Premiership log with 26 points from 20 matches.

Chippa suffered their 10th defeat of the league season when they went down 3-0 at University of Pretoria on February 27.

The Eastern Cape side has claimed nine points from 10 away matches this season.

The Chilli Boys are placed sixth on the Absa Premiership log with 31 points from 21 matches.

In head-to-head stats, Chippa and Ajax have met in five league matches since 2012/13.

The Urban Warriors have two wins compared to one for the Chilli Boys, while two matches have been drawn.

Ajax have won both of their two previous home league matches against Chippa.

When the teams met earlier this season, the Chilli Boys claimed a 3-1 home win in the Eastern Cape.