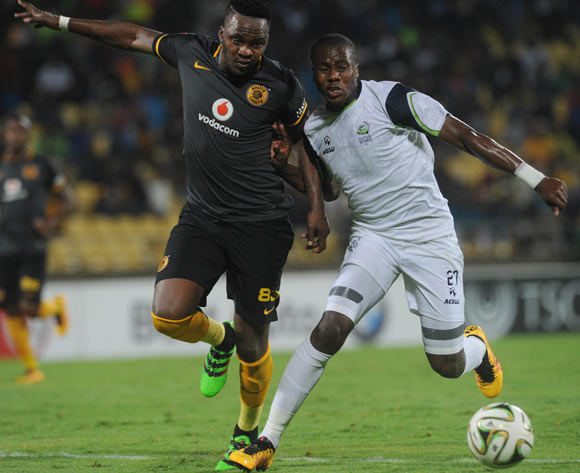 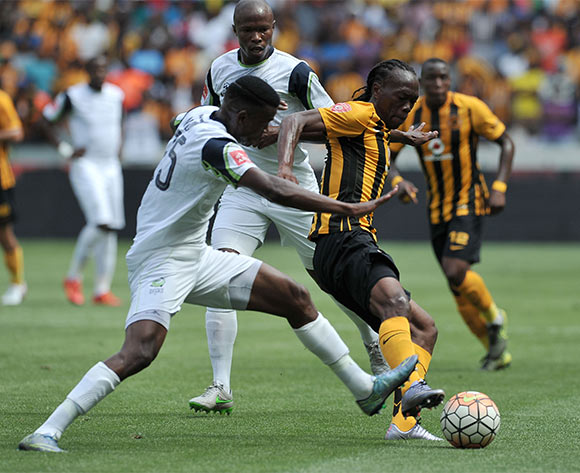 Welcome to the live play-by-play for the ABSA Premiership 2015/16 match between Platinum Stars and Kaizer Chiefs at Royal Bafokeng Stadium.

46' The second half is underway
55' Masibusane Zongo (Platinum Stars ) is cautioned.

Welcome to the live play-by-play for the ABSA Premiership 2015/16 match between Platinum Stars and Kaizer Chiefs at Royal Bafokeng Stadium.

Kaizer Chiefs failed to bounce back from their weekend defeat to Orlando Pirates when they lost 2-0 to Platinum Stars on Wednesday night at the Royal Bafokeng Stadium.

In the wake of the loss, Steve Komphela's men remain at number three on the log table with 39 points, whilst Dikwena move to the fourth spot with 37 points next to their name.

A brace by Ndumiso Mabena ensured Cavin Johnson's men claimed the full three points on the night and collected six points from the defending Absa Premiership champions this season.

Amakhosi had most of the ball possession in the early stages and Camaldine Abraw made a great run into the box receiving a cross from William Twala, but his header went over the crossbar after 10 minutes.

However, in the 17th minute, Lucky Baloyi wasted a wonderful opportunity when Siphiwe Tshabalala beat three Dikwena defenders down the left before laying the ball for Baloyi, who saw his shot going wide.

Stars played too deep, with too many back-passes to Mbongeni Mzimela, but Amakhosi failed to capitalise as Mzimela became the busier of the two goalkeepers.

In the 23rd minute, Mabena found the opening goal when he received a flick-on from Bonginkosi Ntuli in a two-on-two situation and the forward took a shot which deflected off Erick Mathoho, beating Itumeleng Khune at his top corner.

Five minutes later, Dikwena nearly made it two when Morgan Gould and Mathoho failed to communicate at the back, and Tower's header went inches wide of his own goal following a great free kick by Masibuzane Zongo.

After 30 minutes of action, Gould went forward and nearly found an equaliser from a set piece down the left flank, but his free header went so close to Mzimela's far corner.

With exactly five minutes remaining to the interval, Solomon Mathe's well struck shot gave Amakhosi a scare but it went over Khune's crossbar.

Despite putting constant pressure on the hosts, Steve Komphela's men failed to get an equaliser and it was 1-0 at the interval.

In the second stanza, Cavin Johnson's charges were better as the match gained momentum and after the 51st minute, Mzimela showed his quality by denying Baloyi a chance to equalise.

In the 57th minute, Khune was equal to the task when he stretched to deny Robert Ng'ambi from a wonderful header, after a cross from Zongo down the right.

In an aim to respond, Tshabalala unleashed a good shot in the 62nd minute but it went wide to the right of Mzimela's posts after a wonderful exchange of passes.

With 13 minutes to go, Stars were awarded a penalty when Bernard Parker was adjudged to have handled the ball in the box.

Referee Victor Gomes pointed to the spot and Mabena sealed his brace, making it 2-0 in the 79th minute.

A minute later, Parker wasted a great chance to make it 2-1 when he received a rebound from Mzimela but his effort sailed wide.

In the last five minutes, Parker again missed another great chance to score when a loose ball bounced in his path but he failed to keep it down.

Platinum Stars will look to claim an Absa Premiership ‘double’ over Kaizer Chiefs when the teams meet at Royal Bafokeng Stadium on 9 March 2016, kick-off at 19h30.

Stars saw their unbeaten streak come to an end when they went down 1-0 away to Golden Arrows on February 28.

The Rustenburg side has claimed 17 points from nine home matches this season.

Dikwena are placed fifth on the Absa Premiership log with 34 points from 20 matches.

Chiefs have gone six matches unbeaten in the league and were held 1-1 at home by Polokwane City in their last outing on February 23.

The Soweto giants have claimed 18 points from 10 away matches this season.

The Amakhosi are placed third on the Absa Premiership log with 39 points from 21 matches.

The Amakhosi have 10 wins compared to five for Dikwena, while 10 matches have been drawn.

Stars have won two of their 12 home matches against Chiefs, suffering six defeats in the process.

When the teams met earlier this season in Cape Town, Dikwena claimed a surprise 2-1 away win.

Stars were the last team to win at home in this rivalry, beating Chiefs 2-0 in Rustenburg in 2013/14.