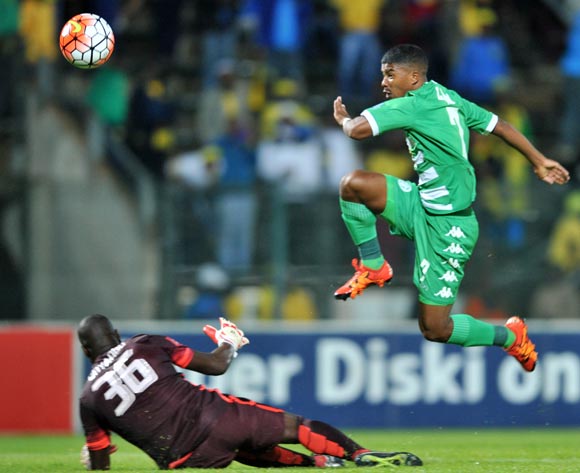 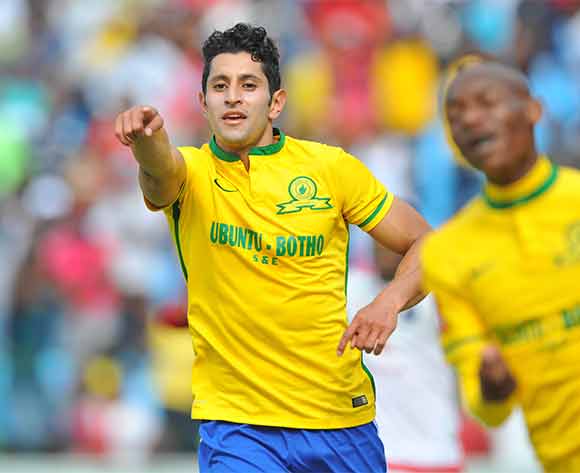 Welcome to the live play-by-play for the ABSA Premiership 2015/16 match between Mamelodi Sundowns and Bloemfontein Celtic at Lucas Moripe Stadium.

46' The second half is underway
49' Lantshene Phalane (Bloemfontein Celtic) scores!

Welcome to the live play-by-play for the ABSA Premiership 2015/16 match between Mamelodi Sundowns and Bloemfontein Celtic at Lucas Moripe Stadium.

Despite the loss, Pitso Mosimane's men remain at the top of the table with 52 points, but second-placed Bidvest Wits narrowed the gap down from seven points to four after their win over Orlando Pirates.

Two first half goals by Lyle Lakay and Abdoul Razak and a second half strike by Lantshene Phalane ensured Serame Letsoaka's men redeemed themselves.

The victory means Siwelele remain placed at position 12 with 25 points, and as early as the first five minutes, Letsoaka's men showed their intentions when Dumisani Zuma broke free and took a shot, but goalkeeper Dennis Onyango made a save.

However, with the Brazilians still trying to settle down, Lakay scored three minutes later when Sundowns lost the ball in the middle of the park. Skipper Thabo Nthethe couldn't clear the ball and Lakay beat the oncoming Onyango easily, making it 1-0.

As Pitso Mosimane's men tried to respond swiftly, Khama Billiat's cross failed to reach Leonardo Castro in the box and Teko Modise also tried a cross in the ninth minute which looked like going in, but Patrick Tignyemb fisted it over for a corner.

As the rain continued to bucket down, Siwelele kept their hosts' defence busy when Thapelo Morena couldn't connect with the ball correctly in the 16th minute.

In the 26th minute, the log leaders received a penalty when Billiat was fouled in the box by Wandisile Letlabika, but Modise missed a chance to level matters as Tignyemb guessed right.

With 10 minutes remaining to the interval, Castro's header went wide as he targeted the near post, and in turn Sundowns gave Zuma more space as he made his run towards the box, but he was let down by his finish.

Nevertheless, Siwelele continued to probe for a second goal and they were rewarded with four minutes to go to the break when Razak got behind the defence and beat Onyango after a sweet pass by Morena.

It was 2-0 at half time, the hosts failed to open the visitors defence, and against the run of play Phalane managed to pounce on a loose ball and unleashed a shot, beating Onyango on his right post making it 3-0 in the 49th minute.

Towards the 60th minute, Hlompho Kekana tried a long range shot but it went wide of Tignyemb's posts after a brilliant lay off by Keagan Dolly from the right flank.

The Brazilians kept chasing a goal and Celtic finally cracked when defender Wayne Arendse converted Kekana's cross with a fine header from the left wing in the 66th minute.

Sundowns dominated the proceedings in the last 15 minutes but Siwelele stood firm at the back. In the dying minutes of the tie, the log leaders suffered a huge blow when Kekana was shown his second yellow card after a foul on Phalane in the middle of the park.

Mamelodi Sundowns will look to continue their superb run in the Absa Premiership when they host Bloemfontein Celtic at Lucas Moripe Stadium on 16 March 2016, kick-off at 19h30.

Sundowns extended their unbeaten run in the league to 18 matches (including 15 wins) when they beat local rivals SuperSport United 2-0 away on March 1.

The Tshwane side has claimed 29 points from 11 home matches this season.

The Brazilians are placed first on the Absa Premiership log with 52 points from 22 matches.

Celtic suffered a fourth successive league defeat when they went down 2-1 at home to Free State Stars on March 13.

The Bloemfontein side has claimed 11 points from as many away matches this season.

Phunya Sele Sele are placed 12th on the Absa Premiership log with 22 points from as many matches.

In head-to-head stats, Celtic and Sundowns have met in 55 league matches since 1985.

The Brazilians have 28 wins compared to 12 for Phunya Sele Sele, while 15 matches have been drawn.

Sundowns have won 15 of their 27 home matches against Celtic, suffering five defeats in the process.

When the teams met earlier this season, the Brazilians claimed a 1-0 away win in Bloemfontein.

The corresponding fixture from last season saw Celtic record a surprise 5-0 away win over ‘Downs.