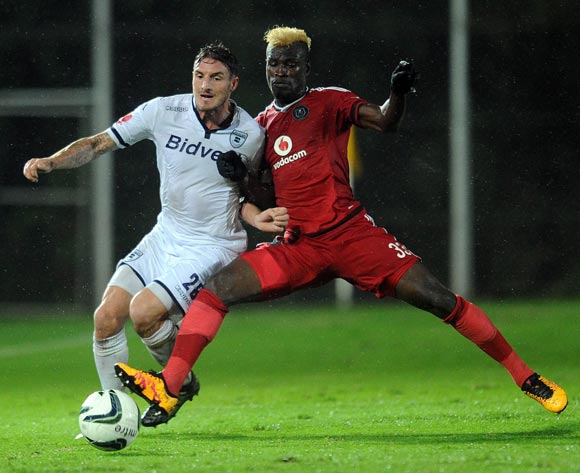 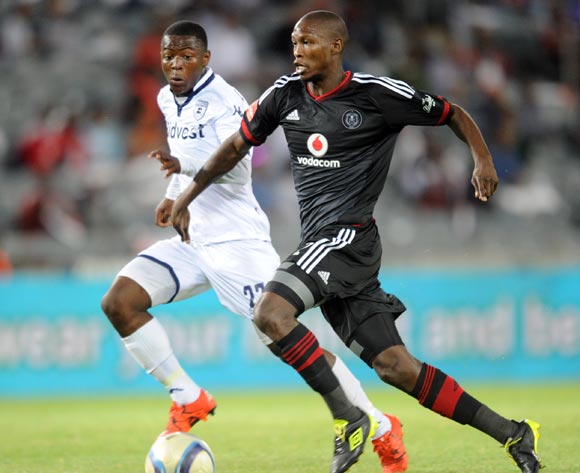 Welcome to the live play-by-play for the ABSA Premiership 2015/16 match between Bidvest Wits and Orlando Pirates at Bidvest Stadium.

Welcome to the live play-by-play for the ABSA Premiership 2015/16 match between Bidvest Wits and Orlando Pirates at Bidvest Stadium.

James Keene scored the only goal of the game as Bidvest Wits beat Orlando Pirates at the Bidvest Stadium on Wednesday night to narrow the gap to Absa Premiership leaders Mamelodi Sundowns to just four points.

The Clever Boys had to work hard for their victory over a Buccaneers team which came into the clash on the back of a three-game winning streak in the league, but their reward is the rejuvenation of their title hopes as they took advantage of Sundowns’ surprise loss at home to Bloemfontein Celtic.

Wits started the match brightly and Elias Pelembe almost opened the scoring in the 11th minute, getting away a shot from a tight angle on the left of the penalty area which looked destined for the back of the net until goalkeeper Brighton Mhlongo made a fine save with his legs.

Midway through the first half Pirates almost broke the deadlock, with Luvoyo Memela getting away a shot from the near the right by-line which had the beating of Moeneeb Josephs but rebounded off the post and skidded out of reach of Thabo Qalinge.

Wits claimed the lead in the 29th minute through striker James Keene, who continued his prolific start to life in South African football. The Englishman managed to squeeze the ball home from close range after a good low cross from the right of the penalty area by Thulani Hlatshwayo.

Just before half time Memela was arguably lucky to stay on the field after a nasty, over-the-top challenge on Daine Klate which could have broken the Wits midfielder’s leg. The Pirates man received only a yellow card, while Klate was fortunately able to play on.

Bucs dominated the play in the early stages of the second half and Wits needed goalkeeper Josephs to make two excellent saves, first to keep out a glancing header from Tendai Ndoro and then to palm away a low, long-range effort from Mpho Makola.

However, that was as close as the Soweto side came to claiming an equaliser, with Wits able to neutralise their opponents and hold out for a hugely important victory.

Bidvest Wits will look to keep up their challenge for the Absa Premiership title when they host Orlando Pirates at Bidvest Stadium on 16 March 2016, kick-off at 19h30.

Wits claimed a third successive league win when they defeated Polokwane City 1-0 away on March 9.

The Johannesburg side has claimed 23 points from 11 home matches this season.

The Clever Boys are placed second on the Absa Premiership log with 45 points from 22 matches.

Pirates claimed a third successive league win for the first time this season when they crushed Jomo Cosmos 5-0 on March 12.

The Soweto giants have claimed 14 points from 11 away matches this season.

The Buccaneers are placed sixth on the Absa Premiership log with 32 points from 22 matches.

In head-to-head stats, Pirates and Wits have met in 60 league matches since 1985.

The Buccaneers have 25 wins compared to 14 for the Clever Boys, while 21 matches have been drawn.

Wits have won eight of their 30 home league matches against Pirates, suffering 11 defeats in the process.

When the teams met earlier this season, the Clever Boys claimed a 1-0 away win in Soweto.