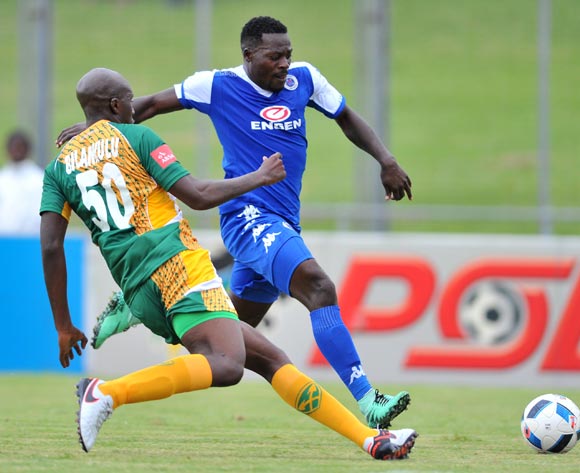 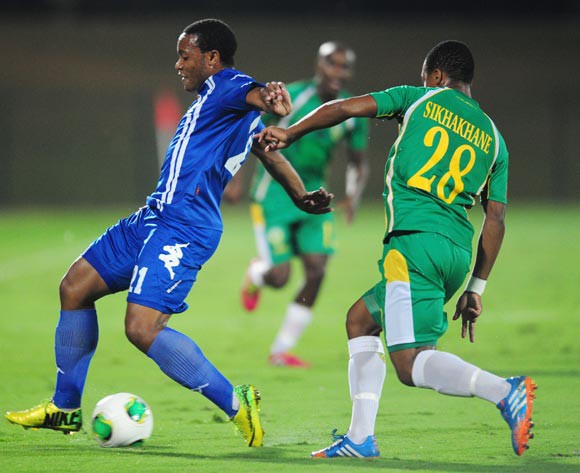 Welcome to the live play-by-play for the ABSA Premiership 2015/16 match between Golden Arrows and SuperSport Utd at Chatsworth Stadium.

Welcome to the live play-by-play for the ABSA Premiership 2015/16 match between Golden Arrows and SuperSport Utd at Chatsworth Stadium.

SuperSport beat Arrows to leapfrog KZN side on league table

SuperSport United leapfrogged Golden Arrows and are up to 10th on the Absa Premiership standings following a 3-0 win at Chatsworth Stadium on Saturday.

SuperSport were on the front foot from the first whistle and after Thuso Phala's deflected shot whistled past the face of goal, and Wome struck home the opener on four minutes.

The Togo international started the attack and after brilliant one-touch passing by fellow attackers Jeremy Brockie, Nkhatha and Thuso Phala - who slipped the ball in behind the Arrows defence - Wome fired past Maximilian Mbaeva.

Matsatsantsa were all over their opponents in the opening half-hour and doubled their lead in the 29th minute from the penalty spot.

The referee awarded the visitors a spot-kick after Chris Katjiukua was adjudged to have fouled Clayton Daniels inside the area - Nkhatha duly stepped up, guiding the ball past Maximilian Mbaeva in goal for Arrows.

Abafana Bes’thende created very little going forward, with their best chance of the match coming in the 64th minute. Kudakwashe Mahachi had Ronwen Williams beaten, but not Mario Booysen, who cleared from danger.

Things went from bad to worse for the hosts eight minutes later, Dube sent off for a silly infringement, much to the disapproval of his head coach.

Brockie then scored his 10th league goal of the season, tapping in from a Michael Morton cross with three minutes remaining.

Arrows, United both searching for form

Golden Arrows and SuperSport United will both be looking to return to winning form in the Absa Premiership when they meet at Chatsworth Stadium on 19 March 2016, kick-off at 15h30.

Arrows suffered their ninth loss of the league season when they went down 2-0 at provincial rivals Maritzburg United on March 11.

The Durban side has claimed 14 points from 10 home matches this season.

Abafana Bes’thende are placed ninth on the Absa Premiership log with 28 points from 21 matches.

SuperSport suffered a third loss from their last five league matches when they were beaten 2-0 at home by local rivals Mamelodi Sundowns on March 1.

The Tshwane side has claimed 15 points from 11 away matches this season.

Matsatsantsa are placed 11th on the Absa Premiership log with 27 points from 22 matches.

In head-to-head stats, SuperSport and Arrows have met in 29 league matches since 2000/01.

Matsatsantsa have claimed 15 wins compared to nine for Abafana Bes’thende, while just five matches have been drawn.

Arrows have won five of their 14 home league matches against SuperSport, suffering seven defeats in the process.

When the teams met earlier this season, Abafana Bes’thende claimed a 2-1 away victory.

The teams have played to just two draws in their last 10 league encounters.