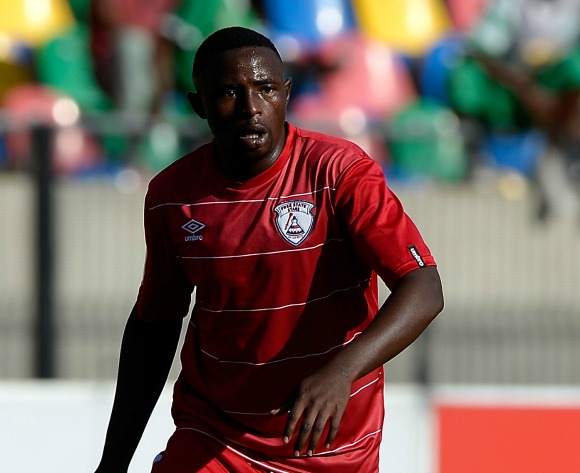 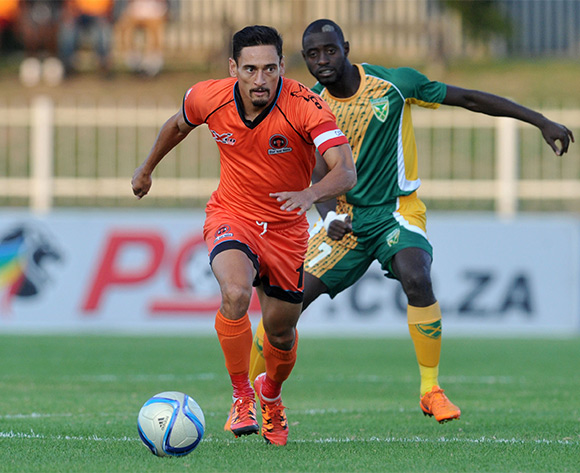 Welcome to the live play-by-play for the ABSA Premiership 2015/16 match between Free State Stars and Polokwane City at Goble Park.

46' The second half is underway
48' Cole Alexander (Polokwane City) is cautioned.

Welcome to the live play-by-play for the ABSA Premiership 2015/16 match between Free State Stars and Polokwane City at Goble Park.

A brilliant free kick by Lucky Mohomi in the second half was not enough for Free State stars as they played to a 1-1 draw against Polokwane City in their Absa Premiership encounter at Goble Park Stadium on Saturday afternoon.

For the visitors, Muzikayifani Ngidi raised his had to score an equaliser and ensured they bagged a point as they occupy the 13th spot with 23 points from as many matches.

Although both sides started cautiously, the visitors became the first side to try a goal when Ngidi's header wide in the fifth minute after a great cross by skipper Jabu Maluleke.

Three minutes later, Nhlanhla Vilakazi attempted to beat George Chigova but failed to hit the target when he saw his well taken shot going wide to the left of Johnny Mathole's posts.

City nearly bagged a lead in the 15th minute when Maluleke delivered a great cross but it failed to find targetmen such as Ngidi and Thobani Mncwango in the box and stars cleared the danger.

With nine minutes to the interval, Ngidi beat Stars defender Makhehleni Makhaula in the box, however, he was let down by his attempt as he targeted the top corner with Mathole merely becoming a spectator.

In the 41st minute, a header by Justice Chabalala from Davis Nkausu's cross couldn't trouble Chigova as it went astray for a goal kick.

It was 0-0 at the interval, but the hosts showed their intentions a minute after their return by taking the game to Julio Leal's men, yet Katlego Mashego's shot went too high over the posts.

The hosts took 55 minutes to break the deadlock when Mohomi beat Chigova on his right corner from a well drilled set piece away from the box.

Nevertheless, City tried to respond in the 60th minute when Ngidi took a shot but missed and they also received a set piece but a header from Tshilo went over the woodwork.

After another 10 minutes, Ngidi received a wonderful pass from Maluleke in the box and the former finished from close range making it 1-1.

With the hosts chasing a lead, Justice Chabalala nearly beat the Zimbabwean keeper Chigova on his near post with a powerful header, but the net minder produced a great save with nine minutes remaining.

In the dying stages of the tie, Solinas introduced Moeketsi Sekola who was granted a chance to bag a winner but the striker failed to keep his shot low and missed the target and it ended at 1-1.

Free State Stars will chase a hat-trick of Absa Premiership wins when they host Polokwane City at Goble Park on 19 March 2016, kick-off at 15h30.

Stars claimed a second straight league win when they beat Bloemfontein Celtic 2-1 away from home on March 13.

The Free State side has claimed 18 points from 11 home matches this season.

Ea Lla Koto are placed eight on the Absa Premiership log with 31 points from 22 matches.

Polokwane suffered a fourth defeat from their last five league matches when they went down 1-0 at home to Bidvest Wits on March 9.

The Limpopo side has claimed five points from 11 away matches this season.

Rise and Shine are placed 13th on the Absa Premiership log with 22 points from as many matches.

In head-to-head stats, Polokwane and Stars have met in five league matches since 2013/14.

Ea Lla Koto have three wins compared to one for Rise and Shine, while one match has been drawn.

Stars have won one and lost one of their two home league matches against Polokwane.

When the teams met earlier this season, Stars claimed a 2-0 away win in the Limpopo province.