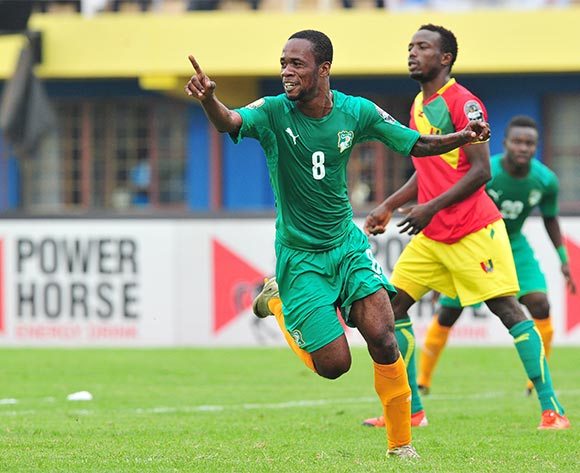 Gbagnon Anicet Badie of Ivory Coast turns to celebrate his goal during the 2016 CHAN Rwanda 3rd Place Playoff game between Guinea and Ivory Coast at the Amahoro Stadium in Kigali, Rwanda on 07 February 2016 ©Ryan Wilkisky/BackpagePix 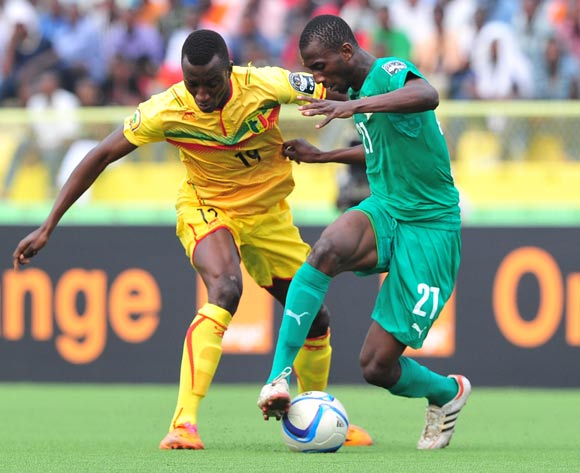 Ivory Coast finished third at the CHAN 2016 after beating Guinea 2-1 in Third-Place clash at the Amahoro Stadium in Kigali, Rwanda on Sunday afternoon.

The Elephants enjoyed more possession in the opening stages of the game, but Guinea threatened first through Sankhon, whose effort went inches wide of the target in the 24th minute.

Two minutes later, Guinea were awarded a penalty after Samake was brought down inside the Ivory Coast box. But keeper Cisse denied Sankhon from the spot-kick.

However, the opening goal came in the 32nd minute when Youla's backpass was missed by Guinea goalkeeper Keita, and it ended up in the back of the net - 1-0 to Ivory Coast.

Four minutes later, Badie doubled Ivory Coast's lead with a powerful strike from the edge of the Guinea box which gave Keita no chance in goal. The Elephants were leading 1-0 at half-time.

Guinea pressed Ivory Coast for the equalising goal in the opening stages of the second-half. They were awarded another penalty in the 64th minute.

Substitute Haba was brought down inside the box by Comara who was booked. Once again Cisse pulled off a great save to deny Guinea a goal from the spot-kick.

With four minutes left on the clock, Aboubacar pulled one back for Guinea with a decent low header. But Ivory Coast held onto their slender lead and they won 2-1 on the day.

West African rivals look to end on a high

West Africans rivals Guinea and Ivory Coast will aim to end the 2016 African Nations Championship on a high when they meet in the third place playoff at Amahoro Stadium in Kigali on Sunday, kick-off at 15h00.

The bronze medal is a mere consolation prize for two teams who probably rather head home after suffering the bitter disappointment of losing in the semifinals, but at least they can both take satisfaction from having put in tournament-best performances.

Guinea – who were beaten on penalties by DR Congo in the first semifinal – have been hugely impressive on their debut in the CHAN. They were even described as the ‘Brazil of Africa’ by DRC coach Florent Ibenge, such was their fluid style of play.

“I came with very young players, but we have proved that we were worthy opponents as big teams who were favourites fell in the group stages,” Syli National coach Mohamed Kanfory Bangoura said after the semis.

"I am satisfied with our performance because our aim was to go past the group stages, but we did so well and reached the semifinals, playing some very tough games."

Ivory Coast, who went past the group stages for the first time in their third CHAN appearance, have been one of the most impressive teams at Rwanda 2016 but they were ousted 1-0 by Mali in the semifinals.

The teams have met in 17 official matches according to FIFA statistics, with the Elephants claiming 10 wins compared to three for Syli National. Their most recent clash was in the 2015 Africa Cup of Nations – a 1-1 draw in a group stage clash in Malabo.